Son who stabbed his father, 63, to death denies murder

Robert, 63, died last year after being stabbed by his son

A son who stabbed his father to death in the middle of a busy street has denied murder, claiming he suffered a ‘loss of control’, a court heard.

Robert was found with a head injury and a stab wound to his left side in an upmarket residential area.

He was rushed to hospital but was pronounced dead at 12.31am on November 17.

Wearing a grey hooded top, a black t-shirt and glasses, he spoke only to confirm his not guilty plea.

He was remanded in custody until the next hearing at April 30 at the same court.

Superintendent Stacey Williamson, of West Mercia Police, said: ‘This attack happened in the middle of the street and was witnessed by a number of people.’

Daniel Wheeler, 37, told of how he saw a seriously injured man gasping for air in the street.

He said: ‘I was walking my dogs when I heard loud shouting. I saw a bloke flat out in the road. He had a massive gash across his head.

Robert was found with a head injury and a stab wound to his left side in an upmarket residential area, pictured

‘His chest was going up and down and he was gasping for air but he was motionless.

‘My first thing was to phone an ambulance.

‘Cars had started to stop. There was other people assisting as well.’

He added that police arrived within five minutes of his phone call and paramedics were on the scene at around 11.10pm. 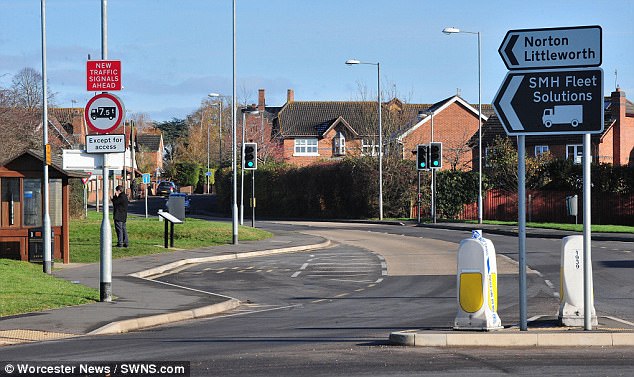 Robert was found with a head injury and a stab wound to his left side in an upmarket residential area, pictured

Mr Wheeler, a factory worker who moved to the area in 2013, said: ‘I’m from Birmingham. I expect it in Birmingham but not in Worcester.’

Residents expressed their sadness at the news of Robert’s death on social media.

Emmy Lou said on Facebook: ‘Such sad news. [He] was a lovely next door neighbour.’

Hayley McDonald added: ‘I am so shocked to see that it’s you Bob, I had the short pleasure of working with you for a few days. May you RIP.’