A rock legend’s ex-wife is embroiled in a bitter £3 million court battle with her songwriter brother over their dead mother’s home.

Jan Jones, the ex-wife of The Who and Small Faces drummer Kenney Jones, performed as part of the sibling pop duo, Gary and Jan Lorraine in the sixties, with her brother, Gary.

Gary Osborne has enjoyed a glittering five-decades long career in music, penning the lyrics for Jeff Wayne’s best-selling album and working with stars such as Elton John and Val Doonican.

But the siblings are now fighting in court, amid claims that Mr Osborne, 72, exercised ‘undue influence’ over their mother Joan Osborne to get her to give him her £3m west London home.

Ms Jones claims their mother, an alternative therapist, was declining with dementia and vulnerable to her son’s pressure when he ‘exploited’ her and took possession of her Little Venice flat in 2002.

But Mr Osborne vehemently denies the allegations, claiming that his mother – with whom he had a ‘very close and loving relationship’ – gave him the £3million property to avoid inheritance tax when she died.

Gary Osborne (right) and sister Jan Jones are locked in a bitter court spat over their mother’s £3m home. They are pictured together in 1965, as the sibling pop duo Gary and Jan Lorraine 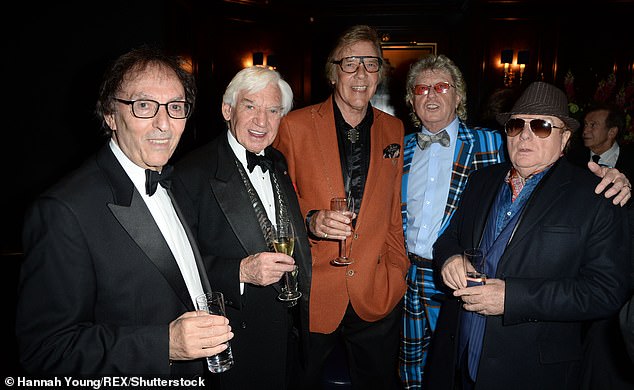 Mr Osborne (fourth from left) is accused of exercising ‘undue influence’ over his mother, Joan Osborne and ‘exploiting’ her into giving him her £3m flat in 2002. He denies the allegations. Pictured (L-R) Don Black, Bill Martin, Marty Wilde, Gary Osborne and Van Morrison in 2017 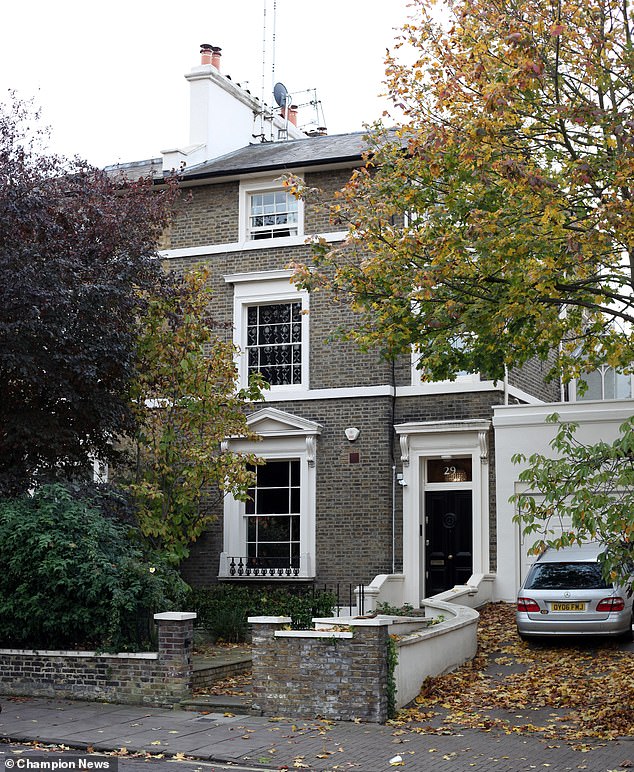 Mr Osborne sold his mother’s flat in Little Venice, West London (pictured) for £3m after she gifted it to him in 2002 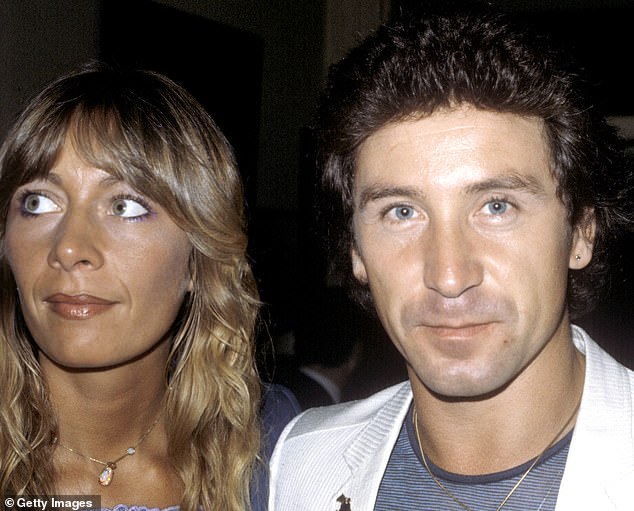 Jan Jones (left), the ex-wife of The Who and Small Faces drummer Kenney Jones, claims their mother was declining with dementia and vulnerable to her son’s pressure when he ‘exploited’ her and took possession of her Little Venice flat in 2002

Child prodigy Mr Osborne began his songwriting career at the age of only 15 and had his first US chart hit with The Seekers when he was just 17-years-old.

In the 1970s, Mr Osborne collaborated with Elton John on his ‘A Single Man’ album, taking over from Bernie Taupin as lyricist, and they later had hits together with ‘Little Jeannie’ and ‘Blue Eyes’.

But his biggest success was in writing the lyrics to Jeff Wayne’s musical retelling of HG Wells’ ‘War of the Worlds’, which finally scored him an Ivor Novello Award in 2011.

He and sister Janet had in 1965 released a single together ‘I’m Not To Blame’ – but the pair are now squarely pointing the finger at each other in a bitter court fight following their mother’s death, aged 94, in 2018.

Ms Jones, who had two children with husband Kenney before divorcing, claims her brother exercised ‘undue influence’ to get his mother to give him the flat at a time when she was declining with dementia.

Outlining the case in court documents, her barrister Constance McDonnell QC made submissions that the siblings’ mother had been deeply committed to alternative health treatments and practised as a therapist up to her retirement.

She had lived at a house in Warwick Avenue, Little Venice, west London, but in the late 1990s decided to downsize to a flat in the house next door, using the proceeds of sale of her old home to fund the £550,000 purchase.

Joan and Gary had briefly fallen out at that time, after her son threatened to hold up the sale if he was not given a large portion of the sale proceeds, having helped her buy it with a mortgage, the QC submitted.

However, they reconciled and by the time the flat was given to Mr Osborne, she was ‘vulnerable’ due to declining mental health and spending more and more time with her son and his wife, according to Ms Jones’ claim.

In 2002, 78-year-old Joan executed a deed of transfer, by far her most valuable asset according to the claim, to Mr Osborne for no consideration.

Lawyers for Mrs Jones submitted that due to Joan’s ‘deteriorating mental health’ she lacked the mental capacity to ‘make the transfer of property’. 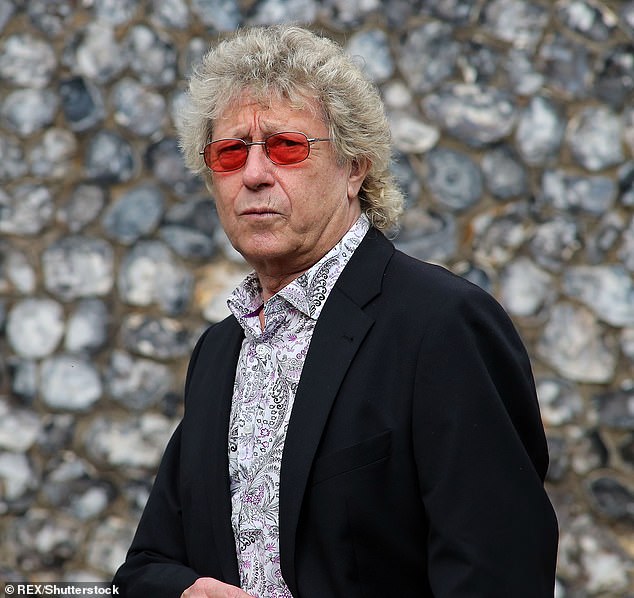 The pensioner moved in with Mr Osborne (pictured) in 2003, staying for three years before she moved into a care home, where she remained until her death 12 years later 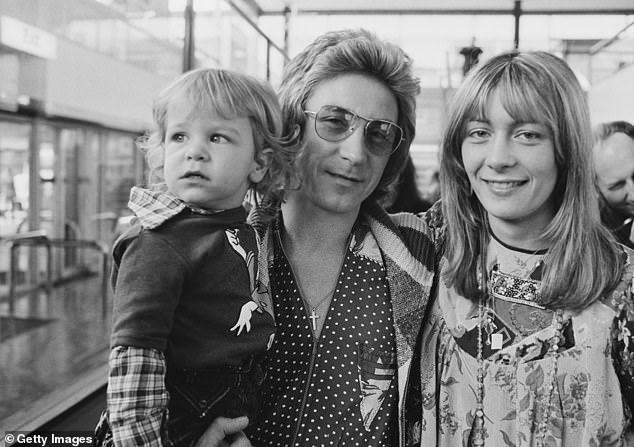 ‘In the premises, Mrs Jones avers that the deceased lacked capacity to make the transfer of the property to Mr Osborne in 2002,’ Ms McDonnell QC argued.

‘The value of the property represented almost all of her capital assets, which she had intended should be distributed between the parties and their children following her death.

‘In particular, by the date of the transfer of the property to Mr Osborne, the deceased was very vulnerable to undue influence by him.

‘Mr Osborne was able to exploit, and did exploit, the deceased’s said vulnerability to his advantage to as to procure the gift of the property to himself.’

Ms McDonnell claims that a letter to Mrs Osborne’s solicitor beginning the process of gifting the house to her son could not have been written by her.

She was incapable of typing at that time, it is claimed, and so it must have been her son behind the letter. 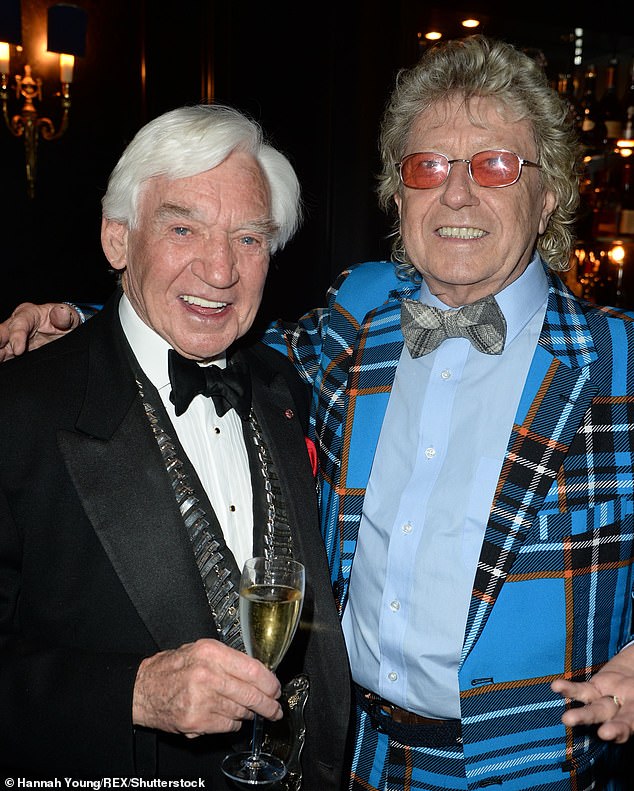 Mr Osborne, 72, (right) has enjoyed a glittering five-decade long career in the songwriting industry. He is pictured with Bill Martin in 2017

In her claim, Mrs Jones, of Newnham-on-Severn, Gloucestershire, is asking for an order that her brother hand back to their mother’s estate the £3million which he received when he sold the Warwick Avenue apartment.

It would then be split up under the terms of her will, with the siblings getting a quarter each and the rest split between grandchildren.

But for Mr Osborne, barrister Hazel Hobbs claims that the transfer of the property to the son was not tainted and was simply a method of avoiding inheritance tax.

Although mother and son had fallen out around the time it was originally purchased, they were soon reconciled, she says in his defence to the action.

She had even provided him with a permanent room in the flat, where he could stay during his regular visits to London. He currently lives on the seafront near Littlehampton, Hants.

‘It should be noted that the deceased was a vivacious, intelligent woman, whom Mr Osborne held a very close and loving relationship with,’ she says.

‘It is averred that the deceased made the conscious decision to dispose of her assets for the purposes of inheritance tax and knowing that Mr Osborne would continue to support her, which he did.’

The pensioner had even moved in with her son in 2003, staying for three years before she moved into a care home, where she remained until her death 12 years later.

Mr Osborne also denies that his mother was significantly in decline at the time, pointing out that she had continued driving and working.

‘At the time of the transfer, the deceased was living independently and was not reliant on Mr Osborne at all,’ his barrister adds.

‘The deceased remained an astute, charismatic individual and continued to deliver colonic irrigation therapies to her clients.’

He denies that she made the transfer without legal assistance, she having instructed local solicitors to advise her.

Mr Osborne also argues that his sister was given high-value gifts by their mother around the same time, including cash, a car and a property in Gloucestershire.

She had also bought her daughter a colonic irrigation machine and paid for her to be trained in using it.

The case reached court for a pre-trial hearing last week, ahead of a full court battle, scheduled to take place in 2022 or 2023.