Sonja Morgan flashed her undies on Sunday during a Tribeca Talks event in New York City celebrating 10 years of RHONY.

The 54-year-old reality star donned a short black jacket dress for a panel talk at Spring Stdios as part of the second Tribeca TV Festival.

The outfit featured a plunging neckline and a high thigh slit that showed her black lacy underwear.

Sonja completed her outfit with black velvet loafers with a red family crest stag from her Sonja Morgan Shoes collection.

She had her long blonde hair down below her shoulders and accessorized with sparkling earrings and ring.

Sonja was joined at the Tribeca Talks event by RHONY co-stars Tinsley Mortimer, 43, and Dorinda Medley, 53. 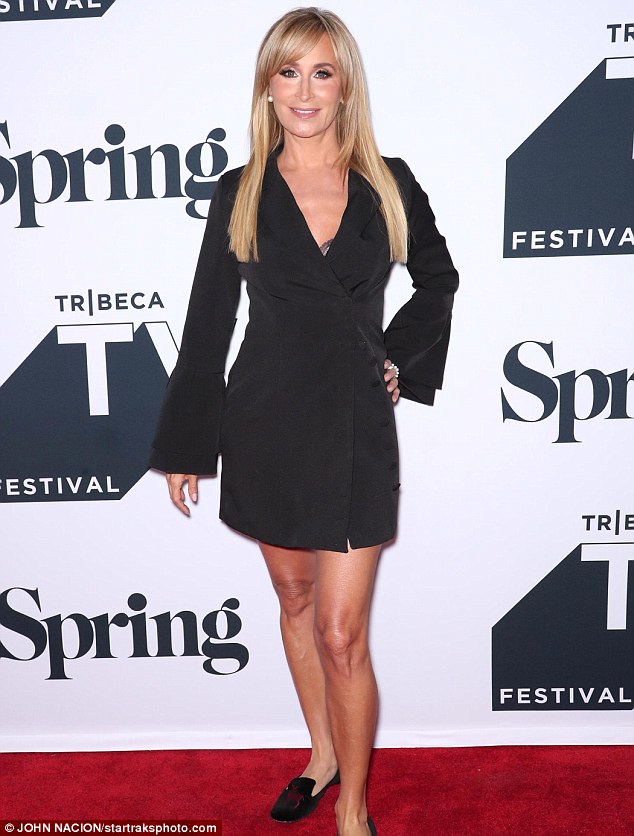 Andy kept it casual in a blue plaid shirt and faded blue jeans. 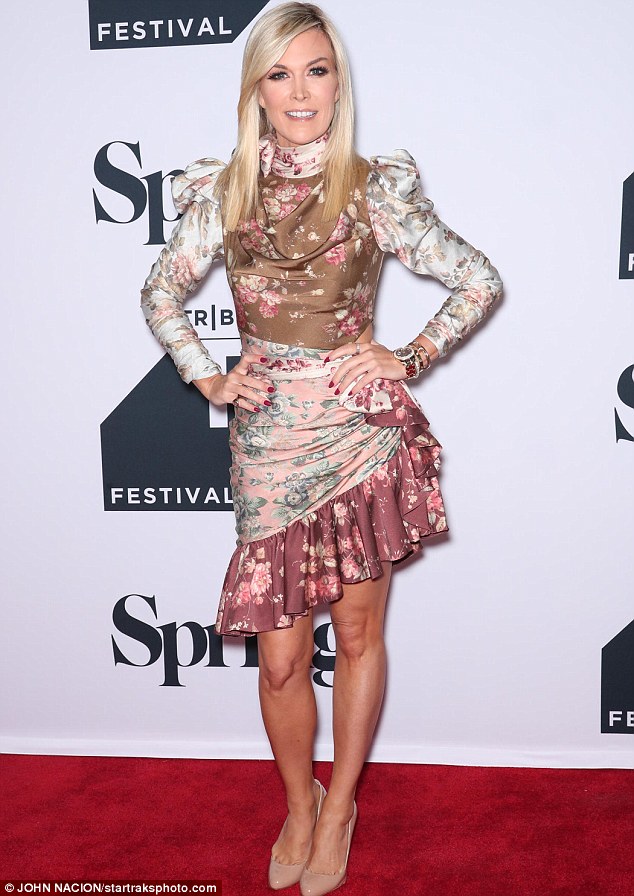 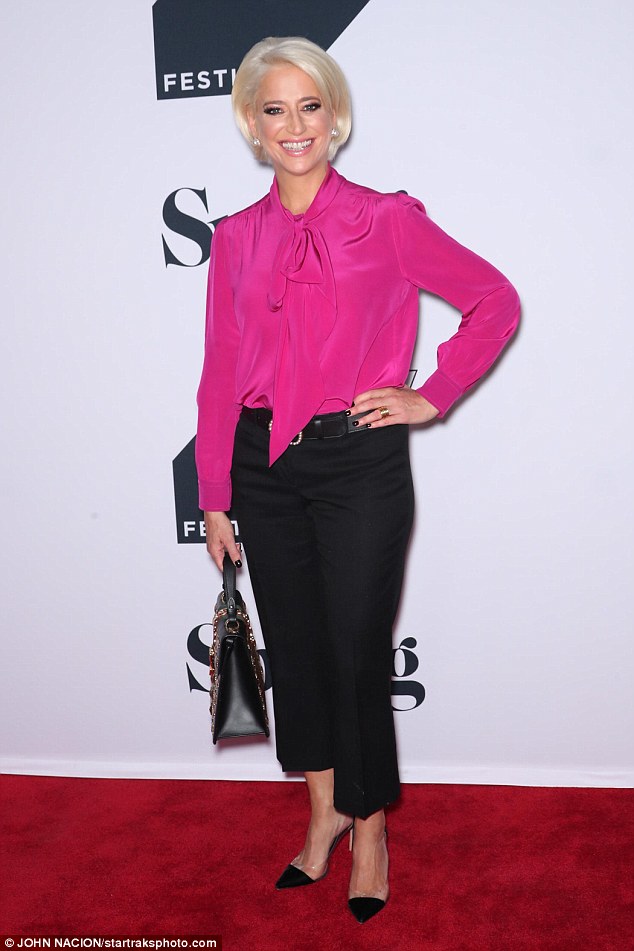 They were married from 1998 to 2006 and have 17-year-old daughter Quincy Adams Morgan together. 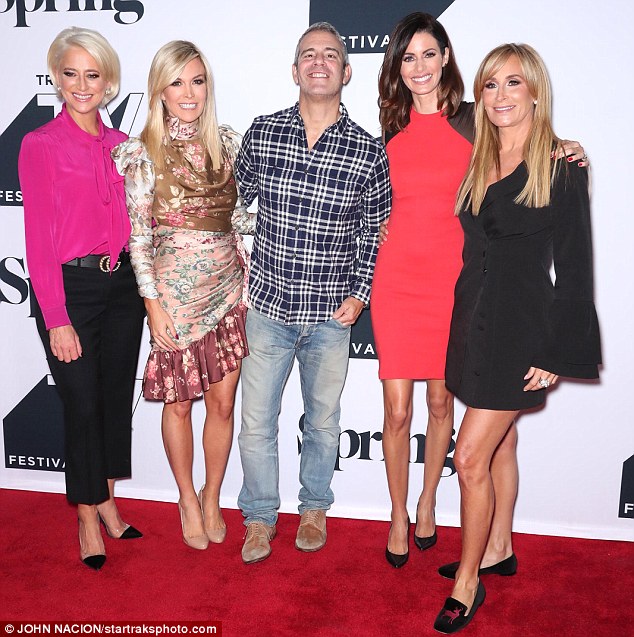 Teaming up: Dorinda, Tinsley, Andy, Lisa and Sonja got together on the carpet at Spring Studios