The All Blacks have not lost a World Cup match for 12 years but Sonny Bill Williams warned their challengers that they are just getting started.

With a performance worthy of a final, New Zealand silenced their critics on day two with a high-tempo victory over South Africa.

The world champions should go on to secure a clean sweep in their Pool B games against Italy, Canada and Namibia – but Williams insisted their ‘patchy’ display must get better.

‘We played well in patches but a performance like that isn’t going to win us the tournament,’ said Williams.

‘Hopefully we a get a lot better. We’ve just got to keep working and keep grinding. Keep where our feet are and be excited to play this beautiful game that we play.

‘When you get a little bit older, you start to understand the magnitude of it all. It’s not a daunting mountain like it was when I was a youngster. I look forward to the challenge now because only on the biggest stage can you create the best memories. I’m grateful we got our tournament off to the right start but there’s definitely a lot to work on if we’re going to go all the way.’

Before the tournament kicked off, critics were questioning whether the All Blacks have the quality and experience to win a third straight title. 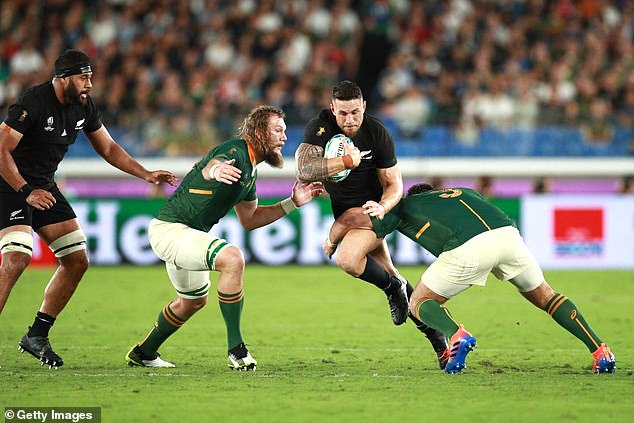 There were 12 World Cup debutants in Saturday’s match-day 23 and Williams admitted that his side have had to up their game.

‘There were questions being asked, rightly so, because the gap has got so close,’ said Williams. ‘There are four or five teams that can win this tournament. For us, we are real about that. We understand that and we will just go about our business day by day trying to get better. If we do that, generally we play some good footy.’

Williams himself received a hero’s welcome when he was introduced after 50 minutes.

He is a cult figure in Japan and the crowd erupted when he smiled on the big screen before he entered the pitch.

‘I always try and smile because I know my kids are watching at home and they love it when dad smiles,’ he said. ‘For me, smiling triggers that gratitude to still be here doing what I do at the tender age of 34.’ 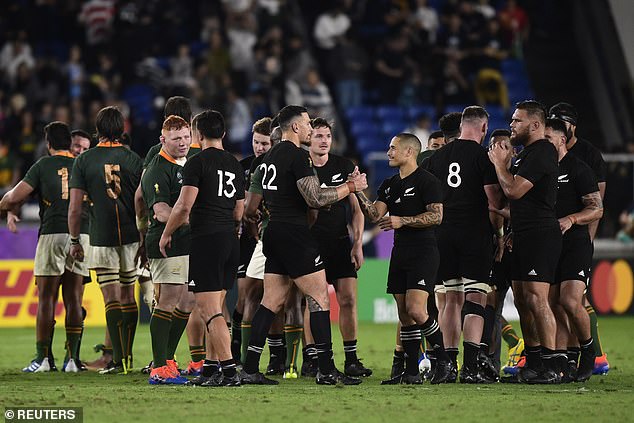