A heartbroken man whose grandfather died of COVID-19 has pleaded with Victorians to wear masks as dozens of Melburnians are fined for refusing to don face coverings.

He had been living at the coronavirus-riddled St Basil’s Homes for the Aged in Melbourne, which has recorded 78 cases.

Mr Barboussas appeared on the Today show this morning where he begged Victorians to follow public health orders.

‘Put on your mask, listen to the Premier, to the chief health officer. A lot of people that are currently active are between the ages of 20 and 40,’ he said.

‘You are not invincible. And if you think you are invincible, please think of your grandparents, your parents, your co-workers, the lady in front of you in the checkout at the local supermarket and before you take that first step out of your front door, put on your mask.’ 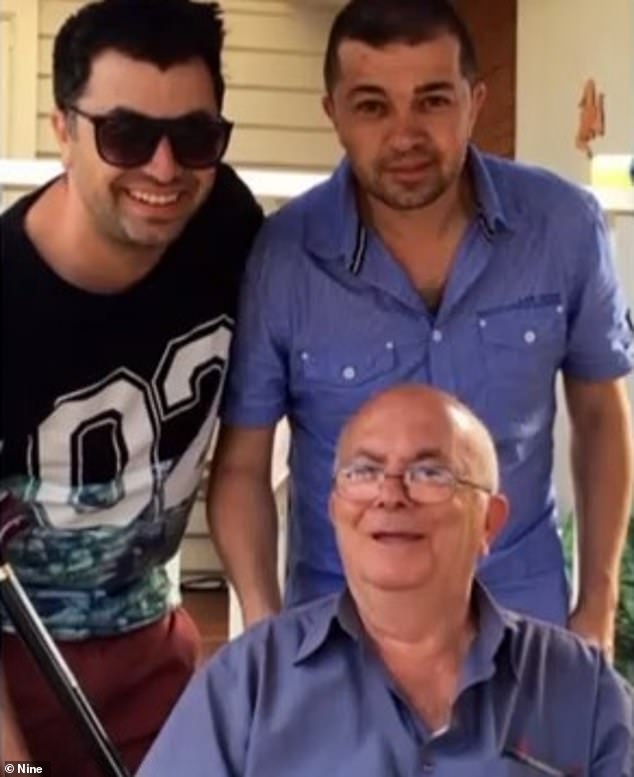 Residents in locked-down Melbourne and the Mitchell Shire must wear face coverings when outside or face $200 penalties.

Police on Sunday said they had issued 126 fines in the previous 24 hours, as Victoria reported a record 10 new deaths from COVID-19, taking the state’s toll to 61 and the country’s to 155.

Twenty $200 fines were handed out to people for failing to wear a mask, including to a man and a woman who refused to give police details when they were stopped.

Mr Barboussas said his family had to say goodbye to Paul over FaceTime on Sunday.

‘The nurse that helped us with the FaceTime was great. We saw a smile on dad’s face when he saw us and especially his grand kids,’ he said.

‘And it was comforting for us to see him albeit in a pretty bad way.’

Mr Barboussas said he received a call on Saturday afternoon telling him that his father was at the care home and isolated from the coronavirus outbreak at the facility. 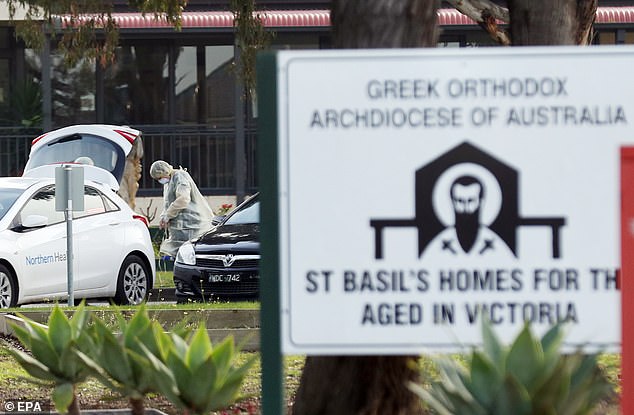 Nicholas Barboussas’ father Paul, 79, passed away on Sunday afternoon. He had been living at the coronavirus-riddled St Basil’s Homes for the Aged (pictured) in Melbourne, which has recorded 78 cases

But Paul was actually fighting for his life at the Northern Hospital, in Melbourne’s north.

‘We’re struggling a little bit in terms of what has transpired 48 to 72 hours. It’s been a bit of a blur to be honest with you,’ he said.

‘We were in a situation we thought that our dad was out of harm’s way, that he was isolated in an area of the home that was away from the actual outbreak was. Unfortunately that wasn’t to be the case.’

It comes after Premier Daniel Andrews called out Victorians refusing to wear masks in public as selfish.

Mr Andrews said he was ‘very proud to see so many people wearing masks right across the city’.

But he took issue with people defying the health orders.

‘If you are just making a selfish choice that your alleged personal liberty, quoting something you’ve read on some website – this is not about human rights,’ he said.

‘There are 10 families that are going to be burying someone in the next few days. Wear a mask.’

A woman dubbed ‘Bunnings Karen’ was filmed ranting at staff after they asked her to put on a face mask.

The mystery woman claimed she was being discriminated against and said the request was against the law and her human rights.

Video of the woman’s extraordinary outburst was posted to Facebook on Sunday before quickly going viral.

‘It’s a breach of the charter of human rights,’ she said as she filmed the staff on her mobile phone and threatened to sue them for discrimination.

In the car park outside she was briefly handcuffed by police and claimed her rights had been violated.

Stores like Bunnings operate on private property and have a right to make requests of customers, including that they wear masks.

Victoria is expected to announce a record 532 new cases in the 24 hours to 8pm on Sunday, the Herald Sun reports.

If confirmed, it will be the highest number of cases recorded anywhere in Australia since the pandemic began.