With a 90th birthday looming, André Previn gets the bumper box set treatment with Sony’s The Classic André Previn – and it’s outstanding

André Previn hits 90 in April, and Sony has got in first with an outstanding box set containing recordings originally made for CBS and RCA from 1960 to 1994.

Most musicians have a range of musical talents outside their speciality, but none, surely, has been able to pursue so many different musical activities to the highest professional standards. A film composer and arranger for MGM from his late teens, with four Oscars to show for it, Previn started to make jazz recordings for RCA when only 18.

He made his first recording as a classical pianist in 1960 and began his career as a symphony conductor in 1962 in St Louis. The following year he made his debut classical recording as a conductor with the same band, of Britten’s Sinfonia Da Requiem, showing early his lifelong passion for British music. 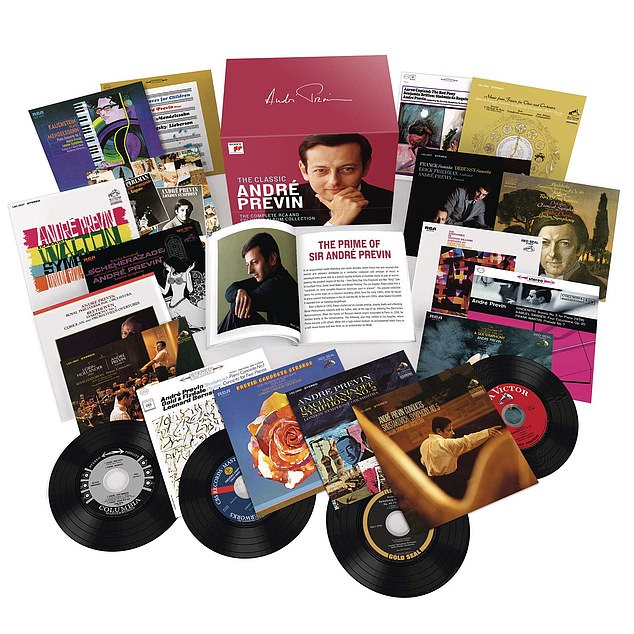 Previn came to London in 1964 to record with the Royal Philharmonic, and the following year began his love affair with the London Symphony Orchestra, with a dazzling recording of Shostakovich’s Fifth Symphony that, for me, has never been surpassed.

Previn made no secret of his desire to take on the LSO, and in 1968 began his tenure as principal conductor. Right from the outset, he displayed remarkable gifts in the role. He also projected the LSO to a wider audience through his skills on TV as an educator and entertainer. Who can forget his appearance with Morecambe and Wise in 1971?

It soon became obvious that Previn was more than a showbiz turn and musical populist when, between 1967 and 1972, he produced a complete Vaughan Williams symphony cycle that was understated not brash, as might have been expected. These remain, 50 years on, a top recommendation.

Previn is a celebrated interpreter of William Walton. His recording of the First Symphony from 1966 was among the first to reveal the exceptional power of this magnificent work. It’s fitting, then, that the last CD here, from 1994, contains Walton’s Viola Concerto.

Previn is not especially renowned as a conductor of classical symphonies, but his Beethoven cycle is well worth a listen. And the Beethoven piano concerto cycle included here (with Emanuel Ax) is exceptional for the understanding between pianist and conductor.