Soon-to-be mom, 23, seeks advice from strangers on Reddit after her husband insists they name their baby after his EX-GIRLFRIEND… and it’s not as uncommon as you might think

A 23-year-old expectant mother shared a Reddit post seeking advice on her marriage after her husband insisted they name their baby after his ex-girlfriend so he can always be reminded of her.

The bizarre post, which attracted over 3,200 comments, was shared by user @Throwaway01928351 on Thursday.

The woman wrote: ‘Hello Reddit. This title might look funny but its an actual problem between me (23F) and my husband (24M). We’ve been dating for a year, been married for 2 years. I got pregnant like 7 months ago so recently we started discussing name for the baby.

‘Ever since we found out its gonna be a girl my husband wants to name it like his exes name. Its not any ex but the one he dated for long period of time and loved the most.’

A young, expectant mom shared a Reddit post seeking advice on her marriage after her husband insisted they name their baby after beloved his ex-girlfriend

The soon-to-be mom went on to reveal that the pair experienced troubles at the beginning of their marriage because of her husband’s lingering ex-lover.

The concerned young woman said she hoped their marital problems would end after the other woman relocated to a new city.

‘He really loved her and he never hid that from me but I thought it was over once she moved away… wow he made it clear that he wants the baby to have that name and I can name the second child,’ @Throwaway01928351 added.

‘When I asked him why does he want that name so badly he said just because he and his ex didn’t work out doesn’t mean he doesn’t want something to keep reminding him of her.

‘He doesn’t understand how much its affecting me and keeps saying its just the hormones. Is he still in love with the ex or its normal that he wants to name OUR child like that. Thank you!’

User Gcitt said: ‘I knew a woman who wanted to name her baby after an ex. She ended up stabbing the current bf. Just putting that out there.’

Spoonbills added: ‘I’m more concerned about his lack of respect for you as his partner, his number one, his wife… you might try relationship counseling but I suspect his disrespect extends beyond the baby naming issue.’ 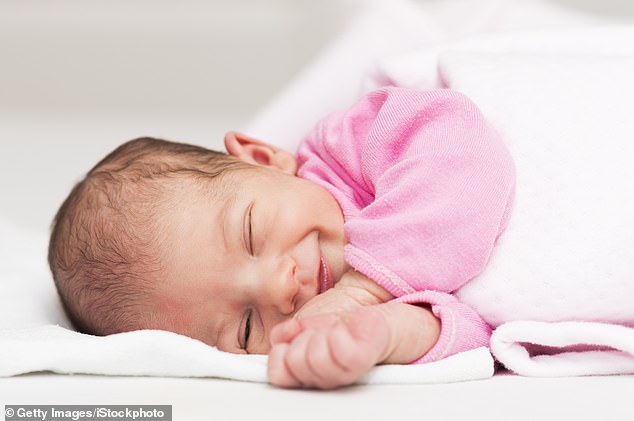 RenaEufemia revealed she was named after her father’s ex-lover, and has been spiteful toward him ever since her teen years, when she found out.

The woman wrote in part: ‘My mom really wanted to name me after her aunt who passed away, Carmen. My dad insisted on naming me after a famous song at the time. He was adamant that he wanted that name. My mom, being a young girl, madly in love with my dad gave in.

‘A few weeks after I was born, they took me to visit my grandma, my dad’s mother. She asked what is the baby’s name. My mom told her and my grandmas face went white and was in shock.’

She went on to say: ‘She then told my mom, that was my dad’s childhood sweethearts name, the one that he loved and the one that got away.

‘After that my mother always called me a different version of that name. When I was a teenager I found out where my name came from. The feeling of anger, hurt and just flat out resentment towards my dad, has NEVER gone away.’

The original poster has not followed up on the baffling matter. She noted that she and her husband are considering divorce.

DailyMail.com could not verify the legitimacy of the woman’s story or the identity of the parties involved.