Bisexual influencer Sophie Cachia made a racy joke about ‘scissoring’ after a fan on Instagram pressed for details about her relationship status on Wednesday.

The sleepwear designer, whose chaotic love life has made headlines in recent months, is on holiday with her kids and her executive assistant Caitlín Pilatti in Bali.

The two women have been documenting their trip on social media over the last week, leading some to wonder if they are more than just friends.

Sophie Cachia (right) gave a very brutal swipe to a fan who pressed about her relationship status. The 30-year-old is currently on holiday with her kids and her executive assistant Caitlín Pilatti (left) in Bali

On Wednesday, One of Sophie’s followers, who goes by @wholesome_mom on Instagram, replied to a post of the two women enjoying a drink on a night out.

‘Is this your new lover?’ they asked via direct message, but Sophie did not respond.

The following day, the same fan responded to another post by Sophie that showed her holding hands with Caitlín as they lounged by the pool. 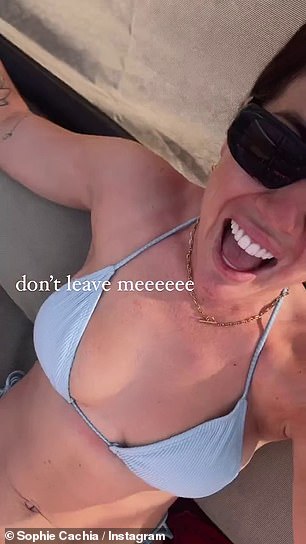 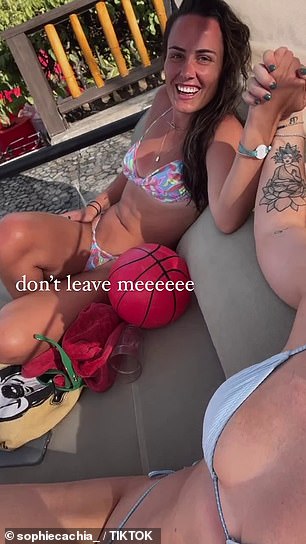 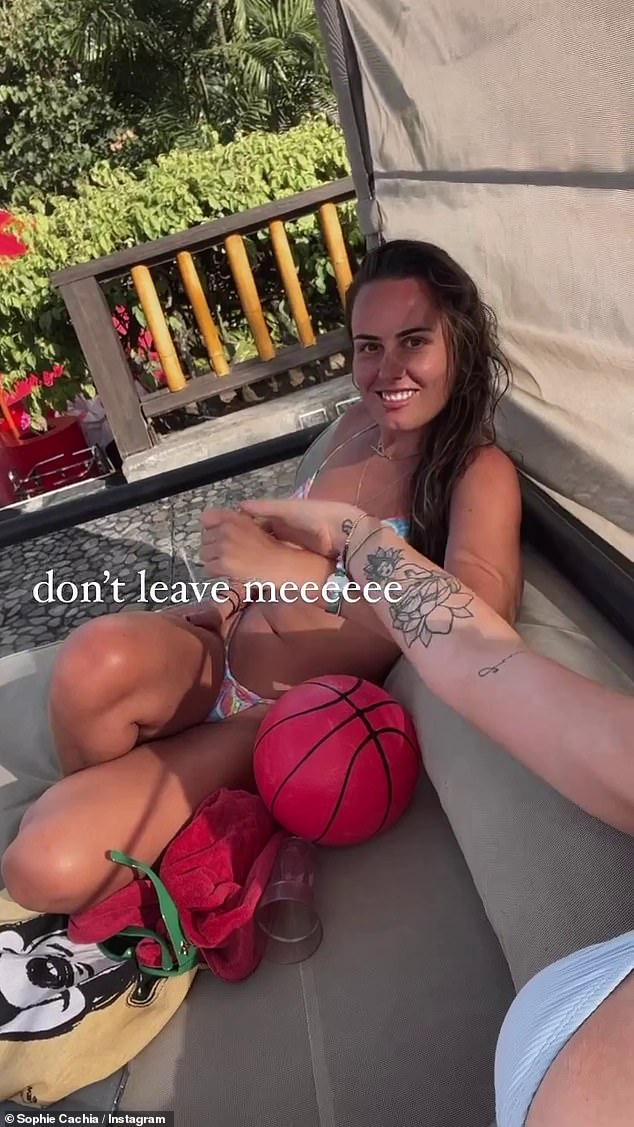 The fan, who goes by the username @wholesome_mom on Instagram, assumed the pair were in fact together

She assumed the pair were in fact together, writing ‘lovers’ alongside a heart emoji.

This time, Sophie did respond to @wholesome_mom with a racy comment.

‘Yep, we scissor every day. Got us,’ she wrote sarcastically.

The follower did not understand what Sophie meant by ‘scissor’, which is a lesbian sex position also known as tribadism. 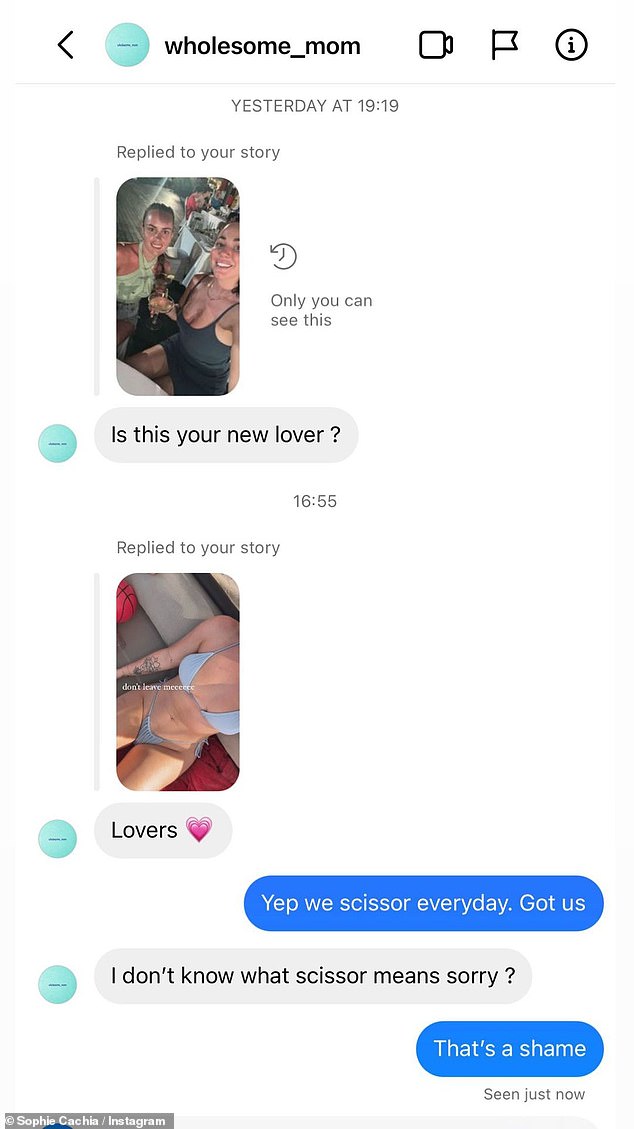 Sophie responded with a very racy comment, which confused the seemingly innocent fan 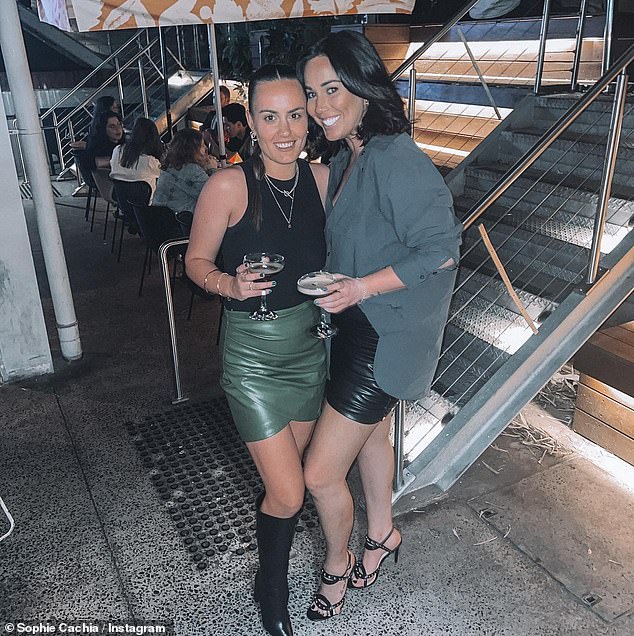 Sophie later shared the screenshot to her Instagram Story for her 266,000 followers to see

‘I don’t know what scissor means sorry?’ they wrote, to which Sophie answered: ‘That’s a shame.’

Sophie later shared a screenshot of the conversation on her Instagram Story for her 266,000 followers to see.

It comes after the former Australian Survivor star confirmed her split from basketballer Maddie Garrick in late October.

Despite not revealing the reason for the split, Sophie hinted at a breach of trust and said she made the decision to set a ‘good example’ for her two children.

The break-up came one month after the pair began a long-distance relationship when Maddie moved to Florence, Italy, to work for a local women’s basketball team – and just eight months after they got engaged.

Ahead of Maddie’s departure, Sophie, who is mother to daughter Florence, five, and son Bobby, eight, shared a heartfelt Instagram post insisting their new long-distance romance was a stroke of fate and destined to thrive. 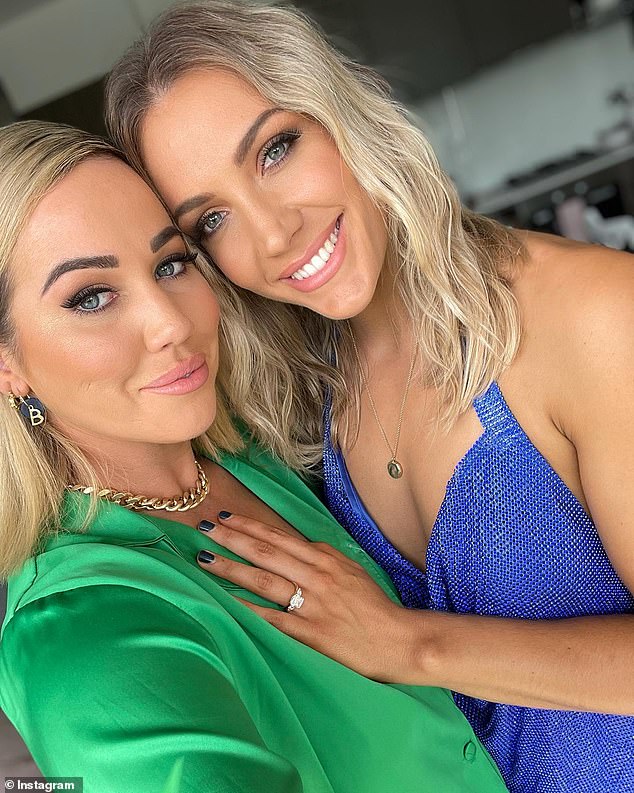 Sophie had proposed to Maddie on Mardi Gras weekend in February, presenting her with a huge ring encrusted with three diamonds

Sophie had proposed to Maddie on Mardi Gras weekend in February, presenting her with a huge ring encrusted with three diamonds.

The sleepwear designer was previously married to retired AFL star Jaryd Cachia, which ended before she began dating women.

‘I had a beautiful man in my life, I still do. He’s an incredible father and an incredible friend to me but why can’t women seek more?’ she said in 2020.

‘That married life I realised wasn’t what I wanted. And it wasn’t that I realised, “Oh, I like women now, I’m going to leave my marriage.” It wasn’t that; I realised I wanted more.’ 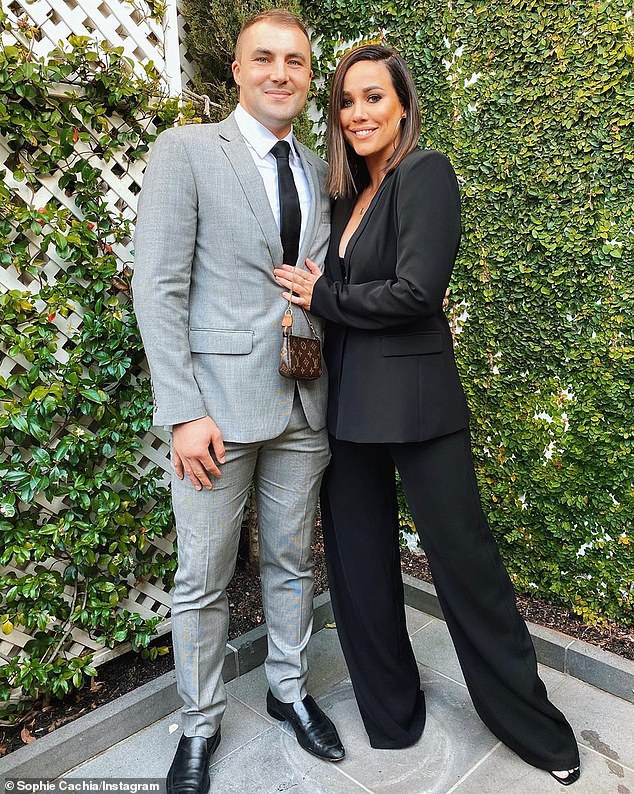 The sleepwear designer was previously married to retired AFL star Jaryd Cachia (left), which ended before she began dating women