Who needs a dancefloor? Sophie Ellis-Bextor steps back into one of her Strictly ballgowns to belt out a tune from the comfort of her bathroom

She kept the nation entertained throughout lockdown with her iconic Kitchen Disco performances.

And Sophie Ellis-Bextor once again provided at-home entertainment on Tuesday when she belted out a tune from her bathroom for a new campaign and TV advert for Diet Coke.

The songstress, 41, looked fantastic as she slipped into one of her bedazzled Strictly Come Dancing ball gowns for the performance.

Who needs a dancefloor? Sophie Ellis-Bextor stepped back into one of her Strictly Come Dancing ballgowns to belt out a tune from the comfort of her bathroom for a new Diet Coke TV advert

Sophie looked magnificent in the flamboyant dress that was entirely covered in pink and gold rhinestones.

Working her angles as she waltzed round the bathroom, Sophie twirled in the feather-skirted costume while she sang.

She accentuated her features with winged eyeliner and a slick of pink lipstick and put her heart shaped ‘family’ tattoo on full display in the sleeveless gown.

The joyous moment was captured as part of her recent collaboration with Diet Coke who have just launched a new campaign; Just Because, which celebrates having an unapologetic and mischievous mindset

Sophie said: ‘It’s so liberating to know myself so well that I can still put myself out there, take risks and not care too much about what people think.

‘I love the sentiment behind the new Diet Coke campaign – it really resonates with me. It’s not all about age – it’s having a hell yeah! Just Because attitude that keeps us all young.’ 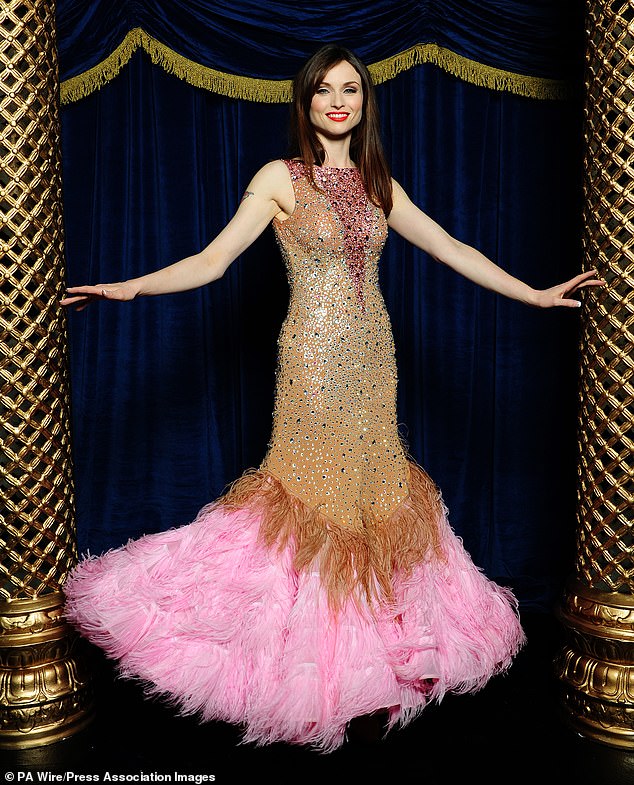 The performance comes after Sophie recently celebrated the one year anniversary of her much-loved Kitchen Disco series.

She toasted to the anniversary with cocktails after she performed a series of hits via Instagram Live from her home.

Kitchen Disco was an instant lockdown success, which has led to an album and a tour for Ellis-Bextor, as it broke up the monotony of a year of COVID-19 restrictions.

The singer’s anniversary disco consisted of disco lights and sparkly streamers as a backdrop as well as a large gold balloon in the shape of the number one. 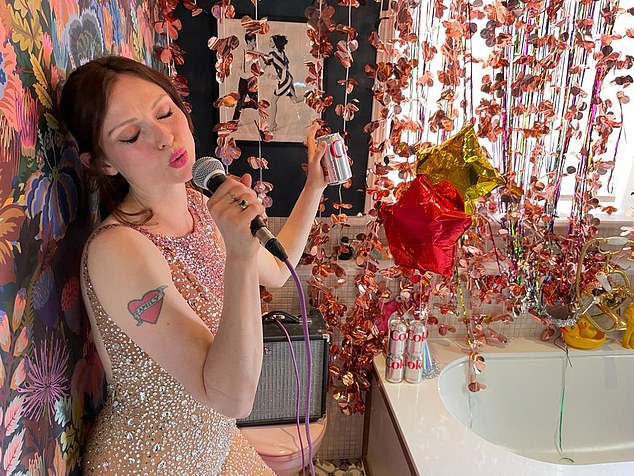 Glam: She accentuated her features with winged eyeliner – the moment was captured as part of her collaboration with Diet Coke who have just launched a new campaign; Just Because

She performed her own 2007 hit New Flame and Groove Jet (If This Ain’t Love) as well as covering Disco Inferno by The Tramps.

Her three youngest children gleefully danced about around her in costumes, with two dressed up as a ‘party robot’ and a ‘pigeon’.

In an Instagram post to mark the occasion, Sophie wrote: ‘Happy birthday, disco! Here’s a celebration for you with a party robot, a pigeon and a singer in a nightie. Woo!’ 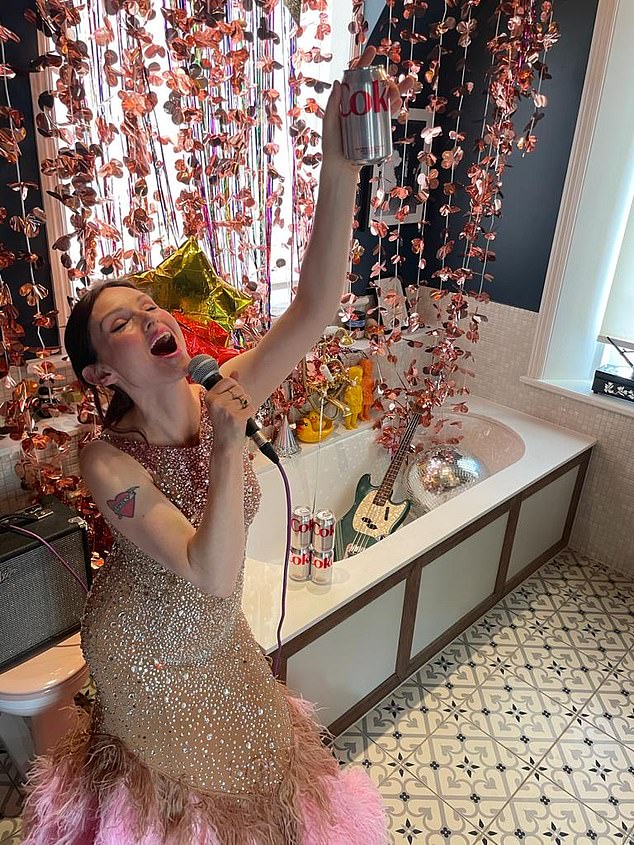 Performance: Working her angles as she waltzed round the bathroom, Sophie twirled in the feather-skirted costume while she sang

Sophie said recently that, while it would be a ‘wacky’ idea, she hasn’t ruled out trying for number six.

Speaking to BANG Showbiz, she said: ‘The idea of number six is absolutely wacky and I suspect it won’t happen but it’s a never say never kind of thing.’

Sophie continued: ‘The nice thing is that when you have a big family is you get this sort of spectrum really and you have basically created a tiny little society and kids are quite canny, kids will sort of find something that can be their own and then sort of go headlong into that.

‘I feel like across the board I’ve kind of got most things ticked really in terms of personalities and interests and all of that stuff.’ 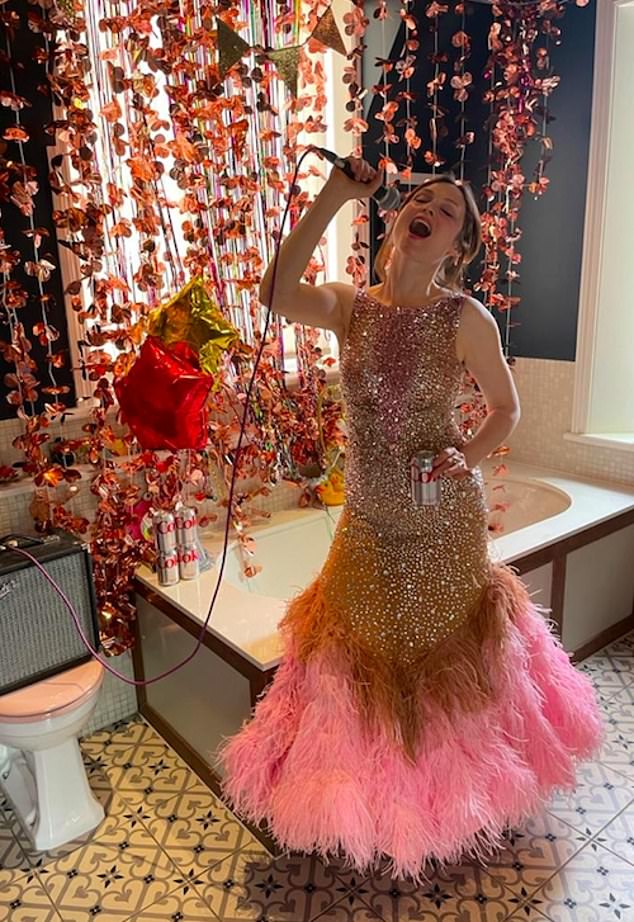 Wow! Sophie looked magnificent in the flamboyant dress that was entirely covered in pink and gold rhinestones