A young woman has revealed how she became the target of an obsessed fan after advertising her spare room for rent on TikTok.

Sydney-based swimwear designer Sophie Kim, 31, has shared a two-part video where a potential house mate went from ‘love bombing’ behaviour, to ‘blurring boundaries’ of friendship and even joining her gym after one meeting.

Sophie said her initial TikTok video showing off her inner-city apartment and spare room quickly went viral, with the $650-per-week room attracting a lot of interest.

Sydney-based swimwear designer Sophie Kim, 31, has shared a ‘horror story’ after trying to find a flatmate for her bougie inner-city apartment

‘Because it went so viral I assumed that the people who responded and were messaging me were people that didn’t know me,’ she said.

But it became all too apparent that a young applicant, a medical student, had done her research into Sophie and knew her very well.

‘She would have had to watch a lot of TikToks over a long time period to get all of the information she had,’ Sophie said, in a two-part series on the ‘horror’ encounter.

Things started off well, Sophie and the woman chatted over the phone before arranging a time for her to view the room.

‘She brought presents for me, my flatmate and my dog which at first I thought was sweet,’ Sophie explained.

Looking back she feels like the woman was ‘love bombing’ her.

Sophie said she really liked her gift and became suspicious because it was ‘too good’ for someone who shouldn’t have known anything about her. She explained the woman would blur boundaries, messaging her on every platform if she wasn’t responded to immediately

The swimwear designer also noted the young woman had the same bag as her – and initially thought they ‘had the same style’.

After the initial inspection things escalated.

‘Things started to get a bit too much. She started messaging me everywhere like on Instagram, Whatsapp, TikTok. If I didn’t respond on one platform she would be messaging me on other platforms,’ she said.

Sophie said she became overwhelmed by the sheer volume of messages where the young woman invited her to ‘get matcha’ or ‘grab food’ together, despite meeting twice.

The next red flag was the amount of intimate questions the young woman asked.

‘I was like I don’t know these questions are a little strange, coming from you, someone I don’t know,’ she said.

Sophie went on to explain the young woman would talk to her like ‘she already had all this other information’ about her. 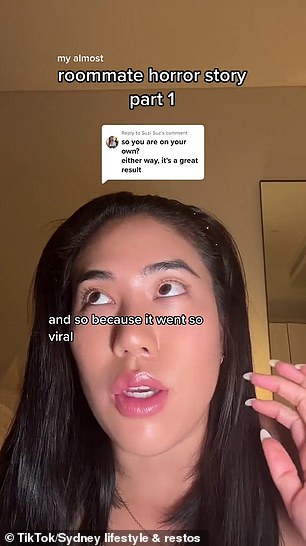 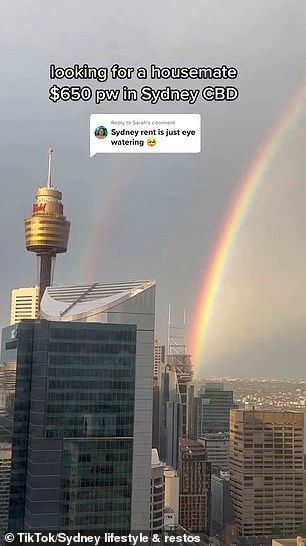 ‘Even though she acted like she didn’t know me, had never heard of me until she saw the video to move in.’

Things escalated when the young woman decided she and Sophie were such good friends she could tell her more personal information.

‘She started to dump trauma on me. She told me her ex boyfriend cheated on her with her best friend,’ she said.

‘Everything she was saying was trying to evoke sympathy from me,’ Sophie said. 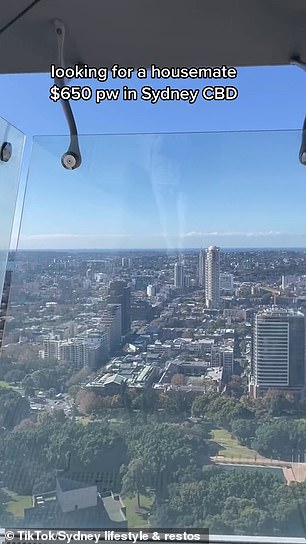 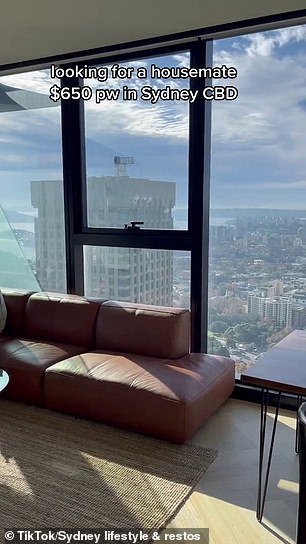 She added that they only ever met twice and ‘the first time wasn’t real’ because it was just an apartment viewing.

Sophie noticed the young woman started making more content of her own, mimicking her style.

She said this didn’t bother her too much until she saw the young woman at the gym.

‘She didn’t say oh my gosh Soph, I joined the gym too, because you talked about it in your videos. She just didn’t say anything and acted like it was all a coincidence,’ she said.

Sophie has since moved from the apartment  and hinted she would be making a home in the eastern suburbs.

She promised a third installment in the ‘almost housemate’ saga but it has not been released.