Since Thursday’s Bachelorette finale aired, doubts regarding the legitimacy of Sophie Monk and winner Stu Laundy’s relationship have poured in.

And on Saturday, for the first time, shocking images have surfaced that appear to support these claims.

Snapped in an underground car park, Sophie, 37, was seen looking at her millionaire ‘boyfriend’ with an enraged stare and gritted teeth, during a very tense exchange.

The face of fake romance? Sophie Monk looks at millionaire ‘boyfriend’ Stu Laundy with an enraged stare and gritted teeth as the pair puff cigarettes in TENSE car park exchange

Stu, 44, was seen wearing a pair of sunglasses – despite being indoors – and stood up tall with his back to camera.

The snaps were taken moments before their interview on The Project, which was almost universally criticised.

The supposed couple were slammed by fans after the segment, taking issue at an apparent lack of chemistry of affection. 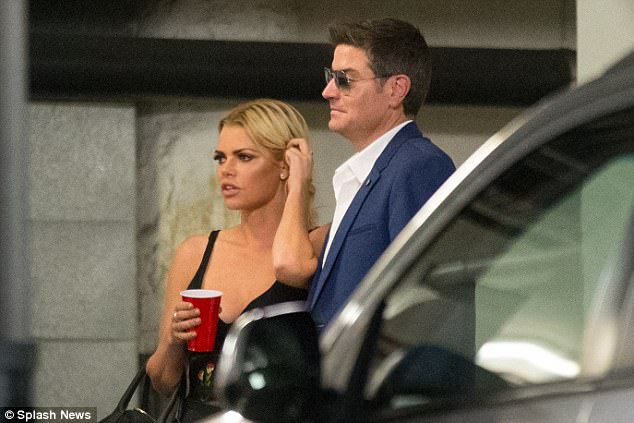 Not so subtle: Gone were the subtle ‘tells’ that had fans and body language experts crying fake after an awkward Project interview Friday – replaced with unmistakeable tension 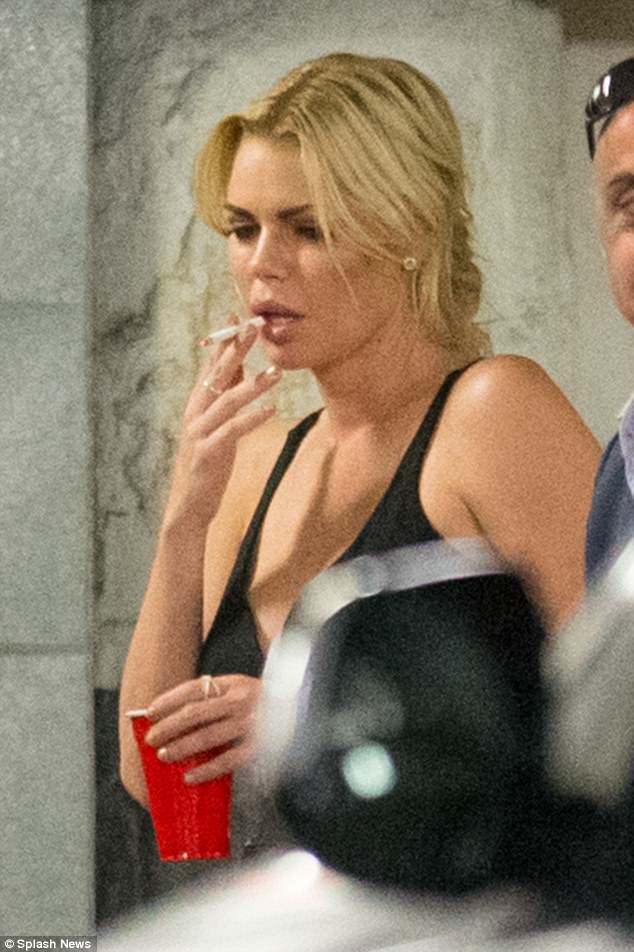 Away from the cameras and stage lights, the subtle ‘tells’ that had body language experts and even radio star Kate Langbroek crying fake were no longer visible.

They were replaced by an unmistakable, confronting level of tension, which was only dispersed when the pair agreed to take a cigarette break. 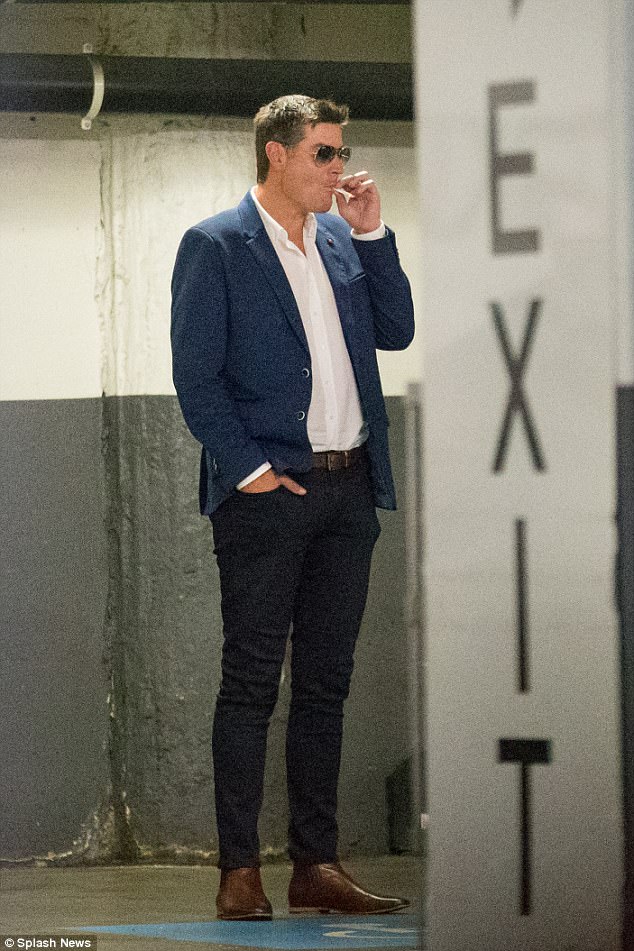 Where there’s smoke there’s fire: Stu walked away to let tensions cool, seen also puffing on a cigarette, over towards the underground building’s exit

Sophie stayed put after the incident, puffing away on a cigarette and holding a red ‘party’ cup, while a guard appeared to be comforting her.

Pub baron Stu – whose net worth is reported to be in the region of $500 million – ceded ground on this occasion.

He walked away to let tensions cool, seen also puffing on a cigarette, over towards the underground building’s exit.