The Bachelor pushed prime time classification boundaries on Wednesday night, as it aired the raunchiest scene in its five season history.

In an X-rated moment, Nick ‘The Honey Badger’ Cummins passionately French kissed contestant Sophie Tieman as they splashed around in a spa.

Afterward, he lifted the blonde up onto a ledge and she straddled the rugby star while he caressed her G-string clad derriere.

Too X-rated for TV? On Wednesday night, Sophie Tieman straddled Nick Cummins as he caressed her G-string clad derriere in the RAUNCHIEST Bachelor scene ever aired 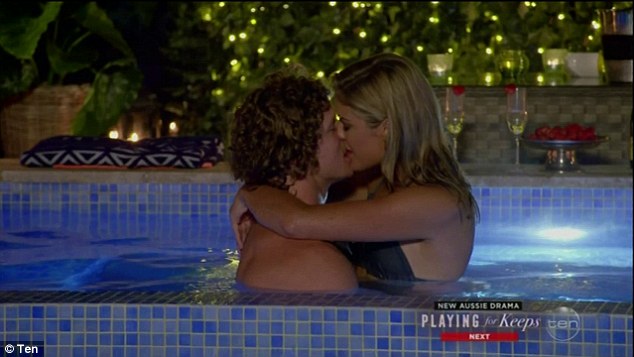 As Nick moved his hands down Sophie’s thighs, the camera panned upwards, lingering on the couple as they vigorously smooched.

The racy scene was teased earlier in the episode, with host Osher Gunsberg promising that Sophie and Nick would ‘steam up the spa’.

Prior to their passionate kiss, the amorous pair sat in the warm water as they drank champagne and ate strawberries. 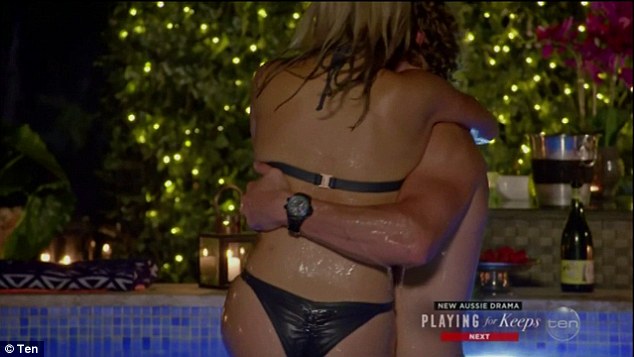 Discussing the impending hometown dates, Sophie said she was nervous about the possibility of Nick meeting her parents.

‘No, don’t tell me…’ he hastily added, before lunged for her mouth.