She’s a rumoured finalist on The Bachelor.

And on Thursday night’s episode, Sophie Tieman, 25, introduced Nick ‘The Honey Badger’ Cummins to her family for the first time – making for a very tense meeting.

Sophie’s sisters Melissa and Ashley grilled the former Wallabies star about his intentions with the Queensland property valuer and one sister called him a ‘smooth talker.’

‘Do you see a future together?’ Ashley asked before adding ‘Do you feel the same about all of [the other girls]?

A visibly nervous Nick replied: ‘All the connections are different.’ 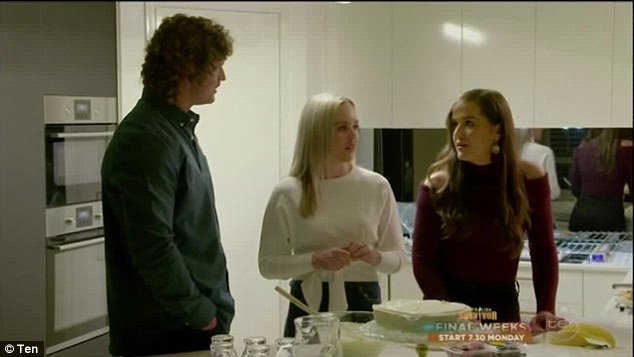 Grilling: Ashley (centre) and Melissa asked Nick whether he can see a future with Sophie

Ashley asked: ‘What does [Sophie] need to do?’

Nick said he would like to see Sophie open up more.

‘There is one thing and that’s to do with expressing emotion.’ 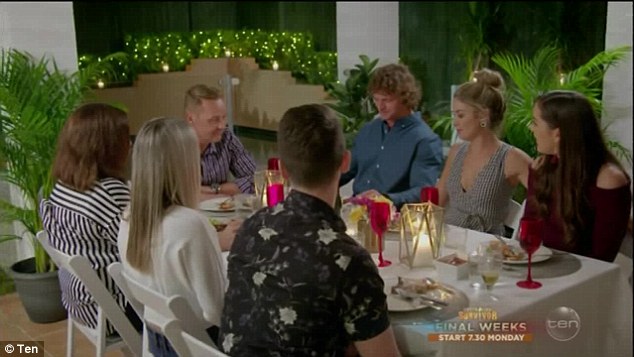 Meeting the family! Nick did his best to remain confident throughout the tense dinner

Ashley later told Sophie that while she likes Nick, he comes as a ‘smooth talker’.

In a piece-to-camera, Sophie explained why she is reluctant to express her feelings.

‘The whole thing scared me from the beginning,’ she said.

‘Its very difficult for me to let my guard down because I don’t want to get hurt.’

She later added: ‘I’m so scared of being heartbroken. I’m not gonna put my heart on a plate and pass it to him when there other girls involved.’ 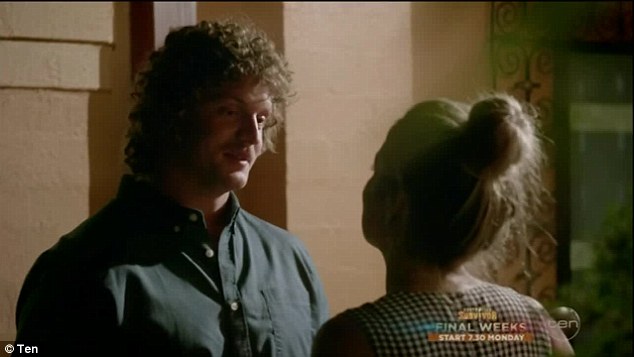 L-bomb: Sophie admittedly struggled to declare her love for Nick because she is scared of getting hurt