Sophie Wessex looked in high spirits as she fed llamas and goats during a visit to Vauxhall City Farm on Thursday.

The royal, 55, who was joined by husband Prince Edward, 56, put on a stylish display in a chic white jacket and flared green trousers, which she paired with brown boots.

The Earl and Countess of Wessex visited to see their community engagement programmes in action, and joined staff, volunteers, local residents and schoolchildren as the farm marked the start of Black History Month.

The royal couple met schoolchildren participating in the farm’s programme of educational activities for Black History Month, aimed at schools in the local area, with teachers and students sharing stories and poems about important figures in black history.

Sophie Wessex, 55, put on a stylish display as she joined husband Prince Edward during a visit to Vauxhall City Farm on Thursday 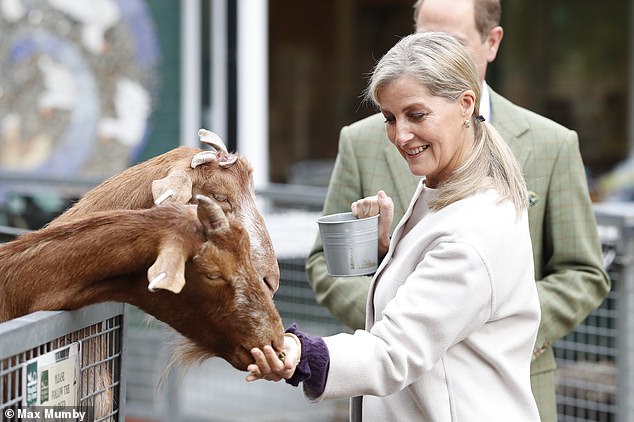 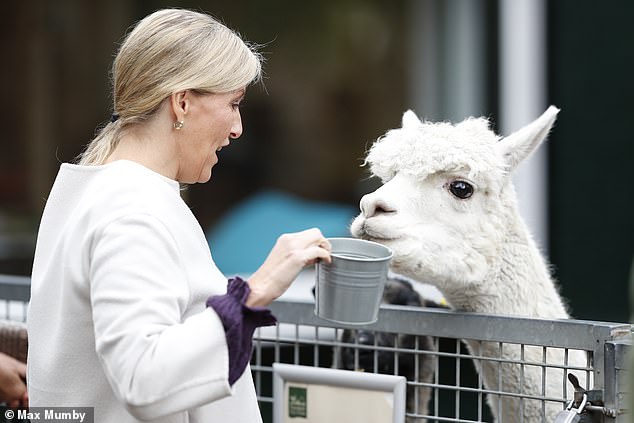 Sophie, who donned a purple jumper under her coat, looked only too delighted to be feeding a very interested llama

The six-week programme, which is free of charge, helps equip unemployed young people aged 16-25 years with the skills to gain employment, and provides access to career guidance, mentoring and training.

Staff and volunteers at the farm also spoke to the royal couple about adapting to the new measures in place at the farm since re-opening, and their efforts to continue looking after the animals during lockdown.

Sophie, who opted for minimal makeup, wore her blonde hair scraped back into a loose ponytail, and accessorised with a pair of dainty silver hoop earrings and a clutch bad. 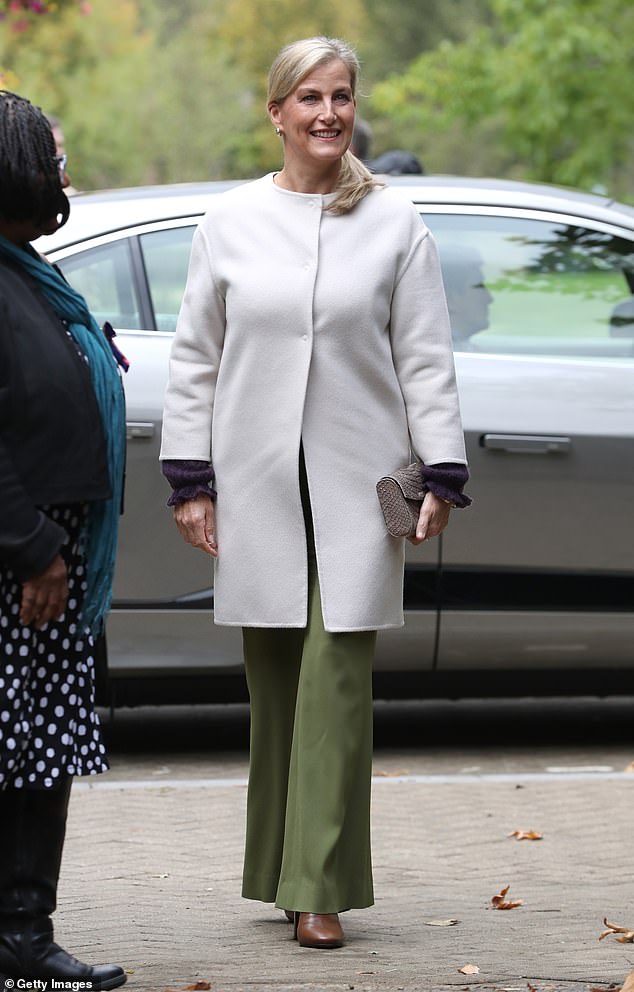 The royal wrapped up warm for the chilly weather conditions, and could be seen carrying a clutch bag in her left hand 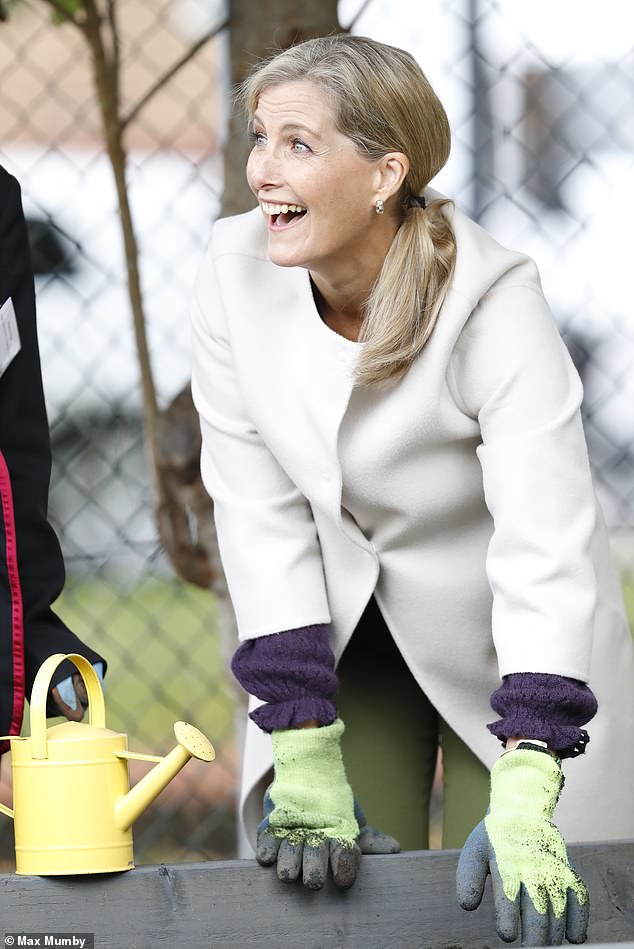 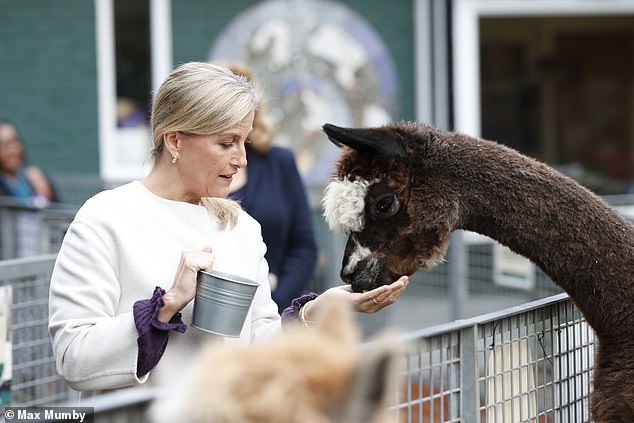 Vauxhall City Farm is one of the oldest central city farms in London, founded more than 40 years ago.

The farm provides valuable education, recreation and health benefits to the local community, as well as offering regular educational and vocational activities to local schools.

A new community garden is also being created at the farm, which will include an educational therapy hub that uses gardening and horticulture to support children and adults facing physical and mental health challenges.

It comes just a week after Sophie visited Coverwood Farm in Cranleigh, Surrey, where she met the farmer and his family, looked at some of the animals and the new Provenance Cuts building where she unveiled a plaque at the end of the visit.

Later, Sophie – who is married to the Queen’s youngest son – was spotted grabbing some lunch and a hot drink from a snack van. 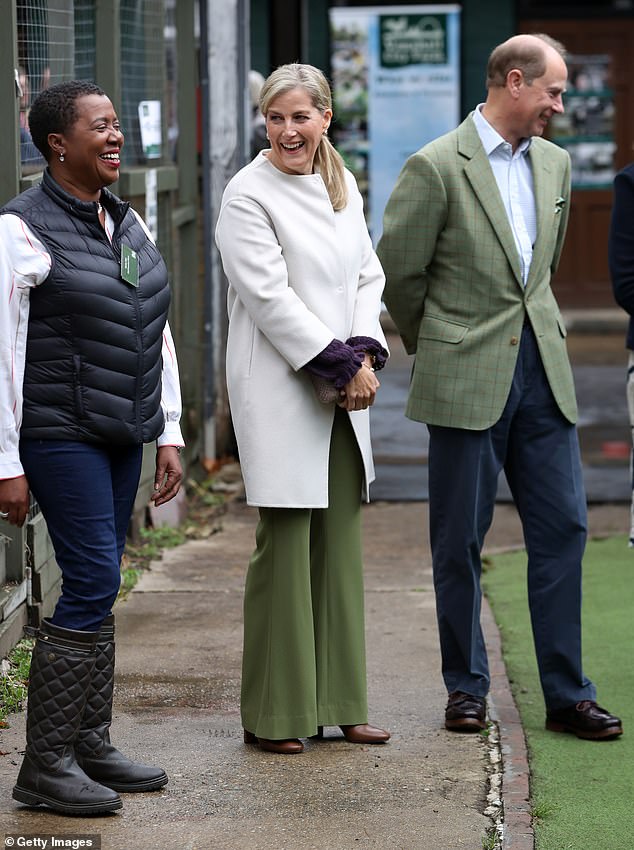 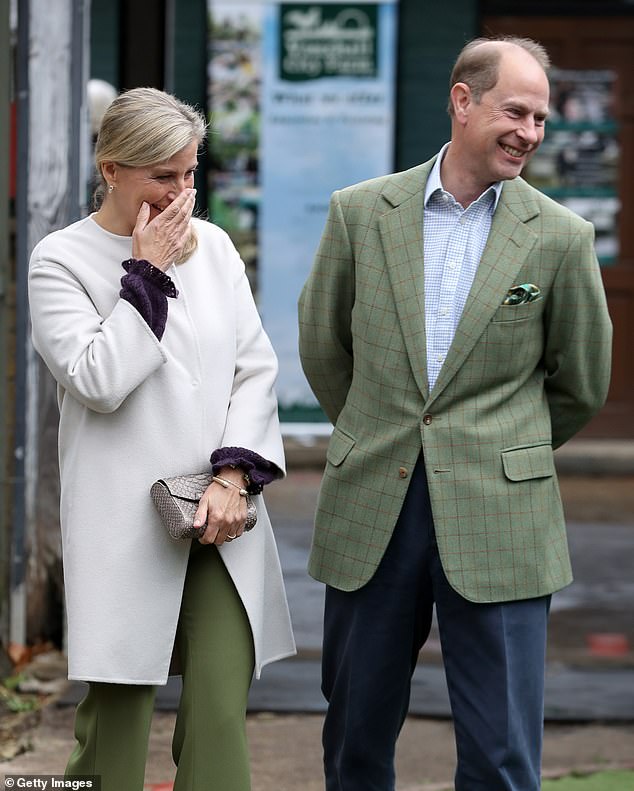 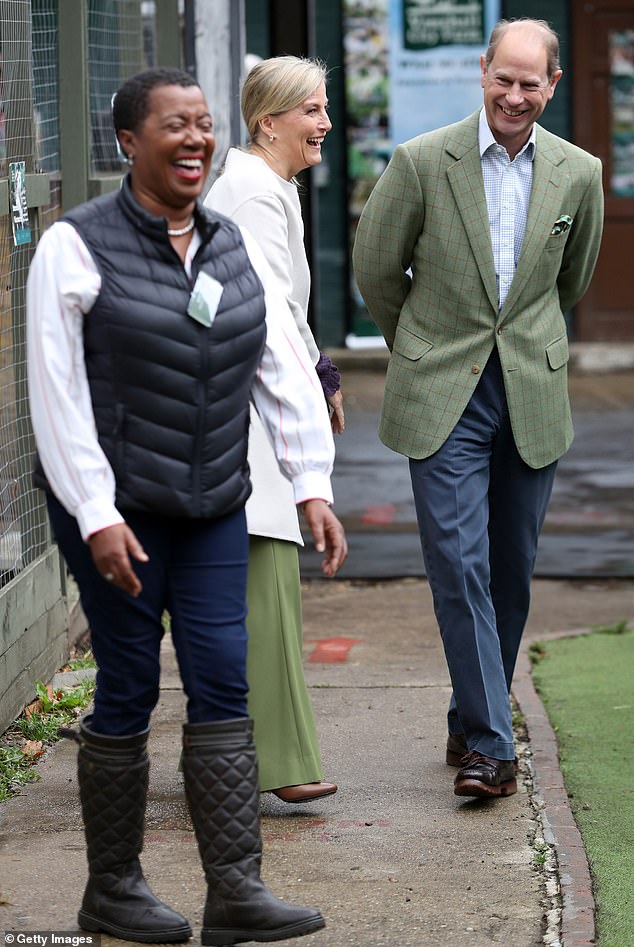 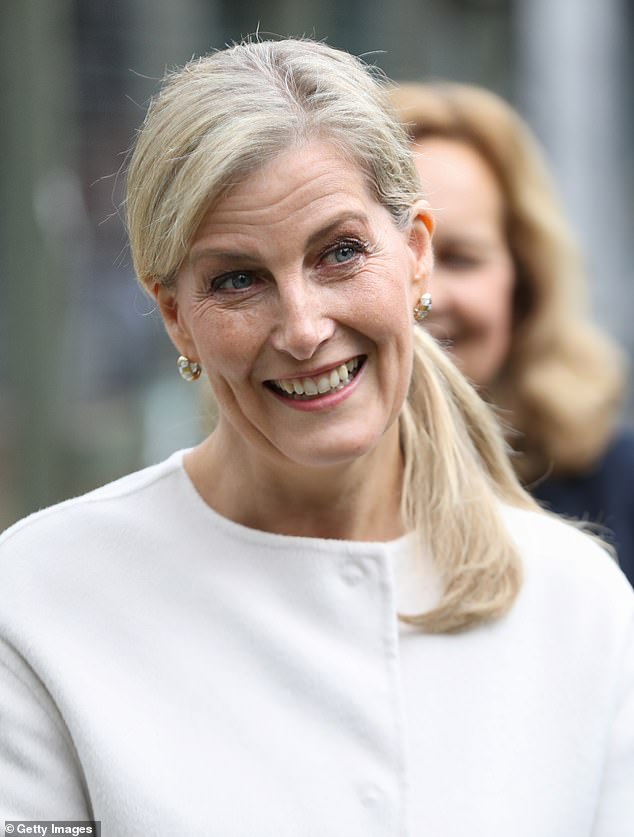 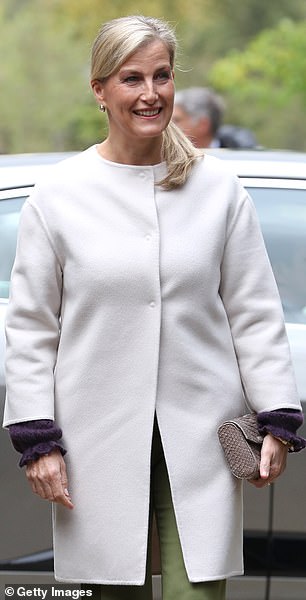 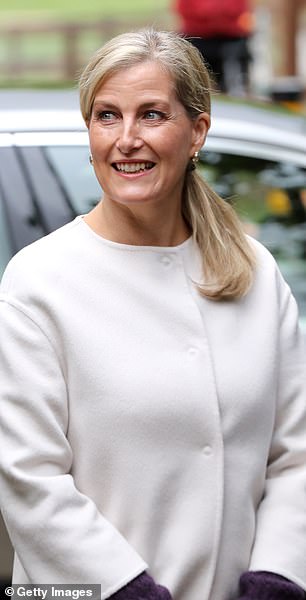 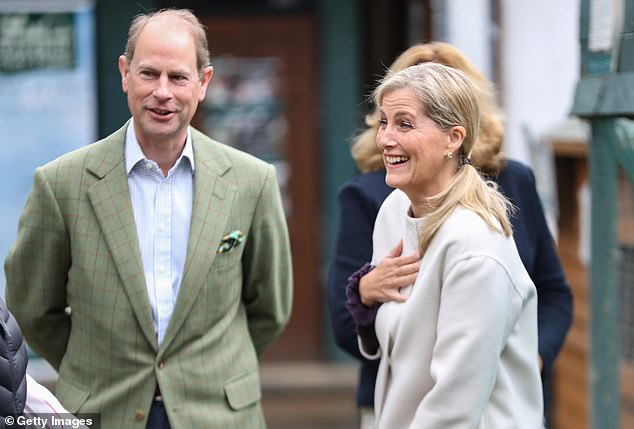 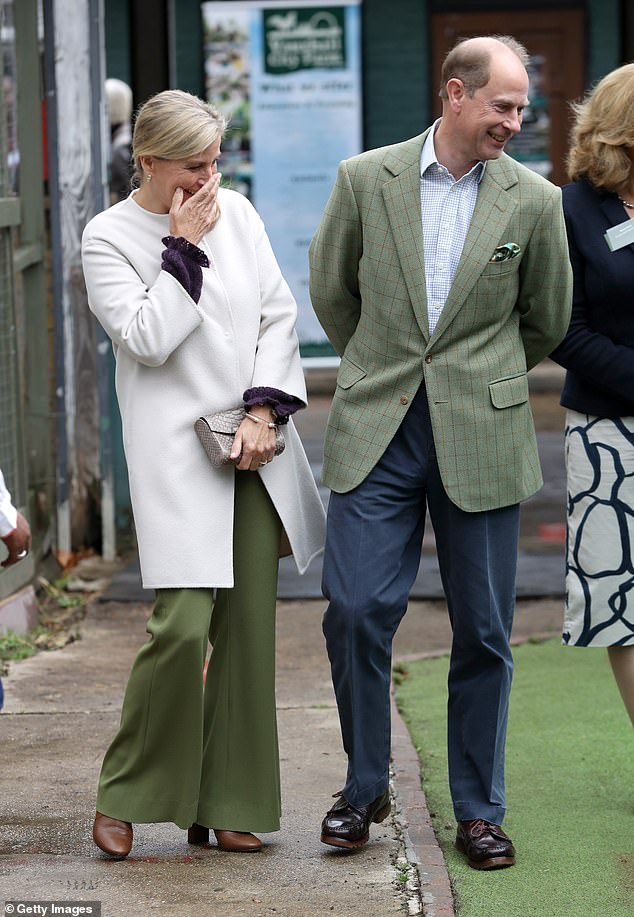 Their Royal Highnesses, who appeared to be in high spirits, saw the farm’s community engagement and education programmes in action, as the farm marked the start of Black History Month 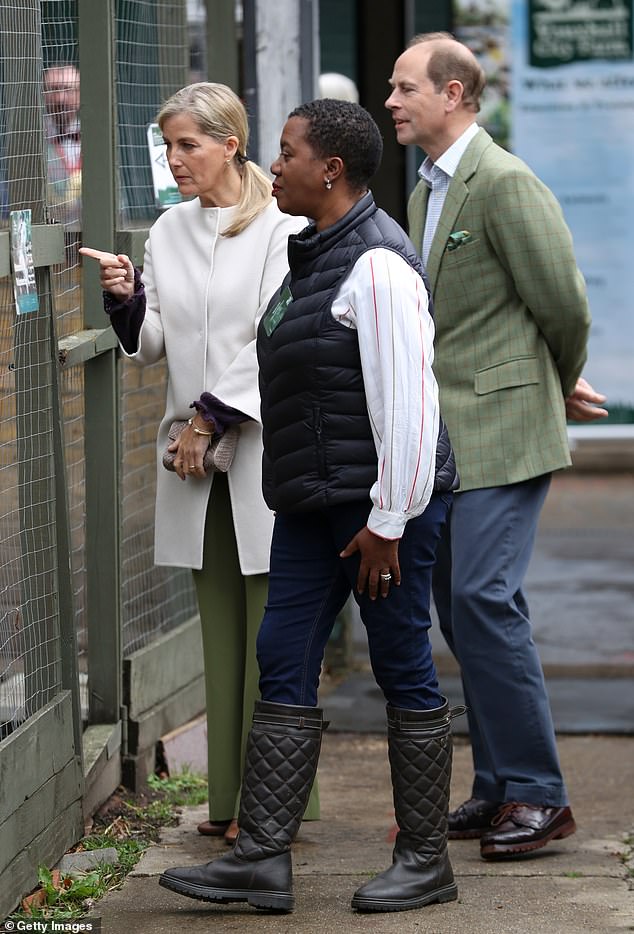 Sophie, Countess of Wessex and Prince Edward, Earl of Wessex with CEO Monica Tyler as they took a tour of the farm 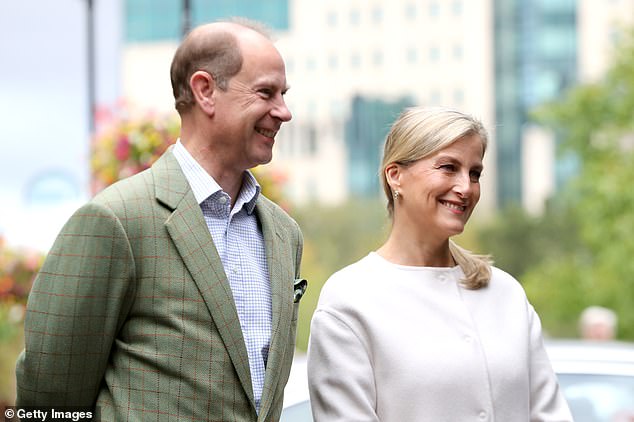 The royal couple met schoolchildren participating in the farm’s programme of educational activities for Black History Month, aimed at schools in the local area, with teachers and students sharing stories and poems about important figures in black history 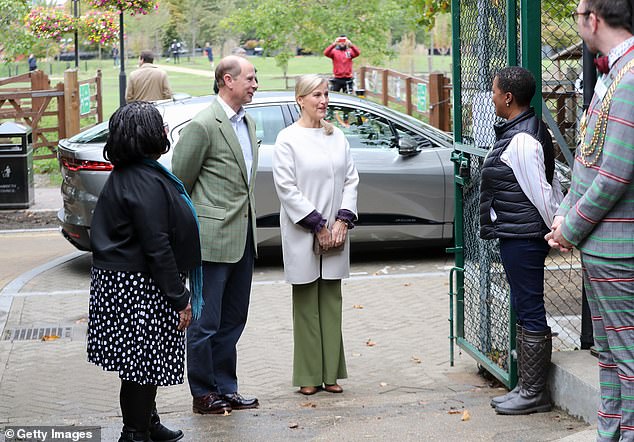