South Africa’s team hotel was evacuated on the eve of their 20-11 defeat to Wales due to a bomb scare.

And further suspicion was aroused when on searching the Hilton in central Cardiff, South Wales Police discovered a burka outfit which it is understood belonged to a player.

On Friday afternoon – while South Africa were taking part in their captain’s run training session at Principality Stadium – a suspect package was found at the team hotel. 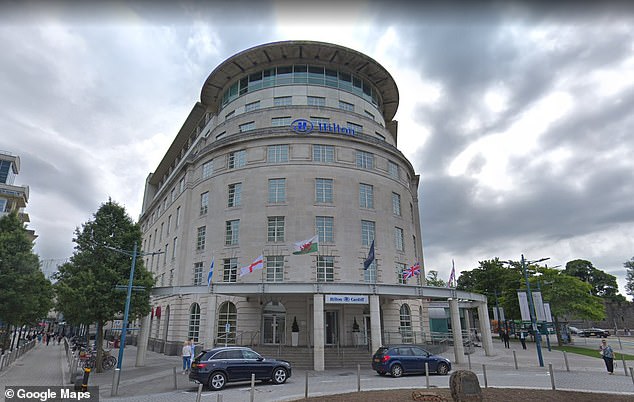 The Hilton, in Cardiff, was evacuated while South Africa were taking part in their captain’s run

It is believed the cause of suspicion – which turned out to be a false alarm – was a ticking clock found in the laundry of an unknown member of the South African squad.

It prompted a serious safety concern, the Hilton was evacuated, and police then made their way down to Principality Stadium to speak to members of Rassie Erasmus’ team.

Three players were taken back to the hotel and on their rooms being searched, the burka was found. It is understood one of them had bought it to wear for a night out in Cardiff after Saturday’s game. 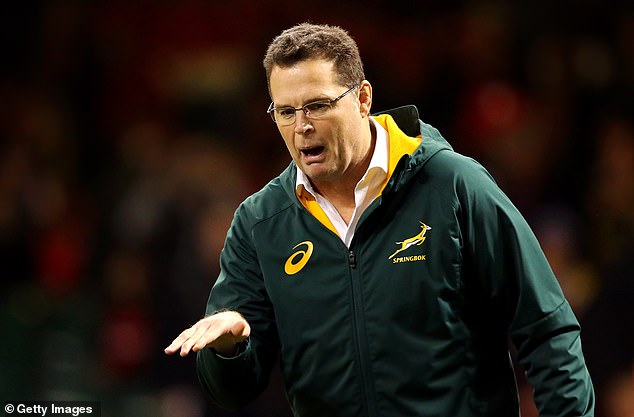 All three players and the South Africa squad were warned by police, but escaped any sanction.

A Hilton Hotel statement read: ‘At 2pm on Friday, November 23, there was an incident where our housekeeping team discovered a suspicious package in one of the bedrooms.

‘She notified hotel management and, as per our protocol, we evacuated bedrooms above and below the floor in question and contacted the police immediately.

‘They investigated promptly and, fortunately, quickly gave the all-clear.

‘Our guests’ safety is naturally of paramount importance, but we are sorry for any inconvenience, and we’re grateful to South Wales Police for their swift response.’

South Africa declined to comment, saying it was a police matter. Attempts to contact South Wales Police on Sunday were unsuccessful.

It was hardly ideal preparation for the southern hemisphere giants and on the field they were well beaten by a Wales side who scored first-half tries through Tomas Francis and Liam Williams. 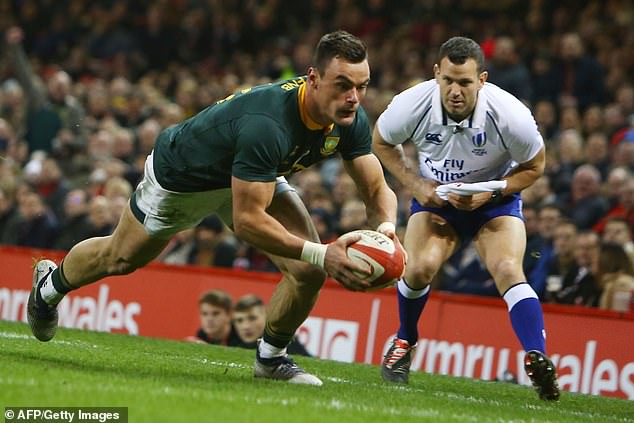 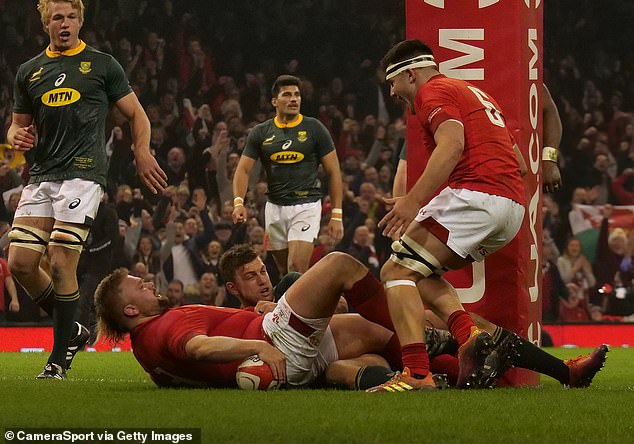 Victory made it nine wins in a row now for Warren Gatland’s side, their best run since 1999

It’s also nine wins in a row now for Warren Gatland’s side, their best run since 1999.

South Africa’s points came via a second-half Jesse Kriel try in the corner and penalties from Handre Pollard and Elton Jantijies.

‘We didn’t have the best preparation and we had a couple of pre-match blows with injuries, but we can’t use them as excuses,’ said Springbok head coach Erasmus.

‘The final scoreline was a fair reflection of the game. Wales are ranked three in the world and they showed why in this game. Wales were better than us technically and tactically and they deserved to win.

‘On the whole we’ve won 50 per cent of our Test matches this year, so I would give us a mark of five out of 10. We are improving, but need to find consistency.’