Shannon Frizzell claimed a late try for the again-stunned All Blacks, but Willie le Roux hit back with a score of his own to claim the last word.

Head coach Ian Foster will come under ever increasing pressure for his job in the wake of New Zealand’s third loss on the spin.

Arendse was sent off late on for a reckless aerial challenge on Beauden Barrett that left both players down, with the wing’s second cap ending in both a red card and him being taken off on a stretcher with a nasty-looking injury. 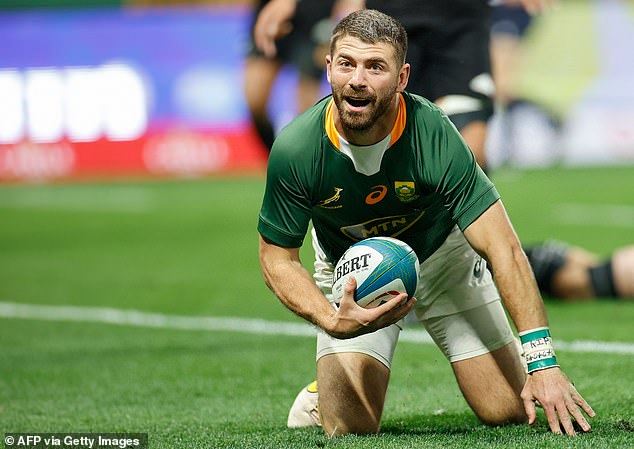 Springboks scrum-half Faf de Klerk had also suffered a sickening injury in the opening minute of the match, copping a knee to his head and appearing to be knocked out.

The two sides meet again in Johannesburg in a week’s time, where anything other than a New Zealand victory could easily see Foster forced out of his job