How 11,000 South Australians could be missing out on a one-off $500 payment from the government to help with cost-of-living expenses

Thousands of South Australians could miss out on a one-off $500 payment from the state government to help with cost-of-living expenses during the coronavirus pandemic.

Up to 11,000 people receiving federal government assistance will be eligible for the payment with the state government allocating $7.8 million to cover the costs.

Human Services Minister Michelle Lensink says at a time when many South Australians are hurting, every little bit helps.

Thousands of South Australians could miss out on a one-off $500 payment from the state government to help with cost-of-living expenses. Pictured: a line outside a Centrelink office

‘The cost of living concession is being paid directly into bank accounts to allow the funds to be put towards wherever households need it most,’ she said.

‘This might include putting the money toward rent for the month, or help with expenses like electricity, gas or water, or putting food on the table.’

But the government fears thousands of eligible South Australians could miss out on the payment as they do not know they can receive it.

Ms Lensink is urging people to go onto the ConcessionsSA website or call the hotline to find out if they can receive the payment.

The payments are part of the state government’s $1 billion assistance package and come as local health authorities confirmed the tough economic restrictions in response to the pandemic will remain in place for some time.

Also on Wednesday, testing was continuing on almost 700 Australians in quarantine in Adelaide after their return from India on two mercy flights.

The Aussies are being kept isolated in two CBD hotels to minimise the risk of infections, but none showed signs of COVID-19 on their arrival. 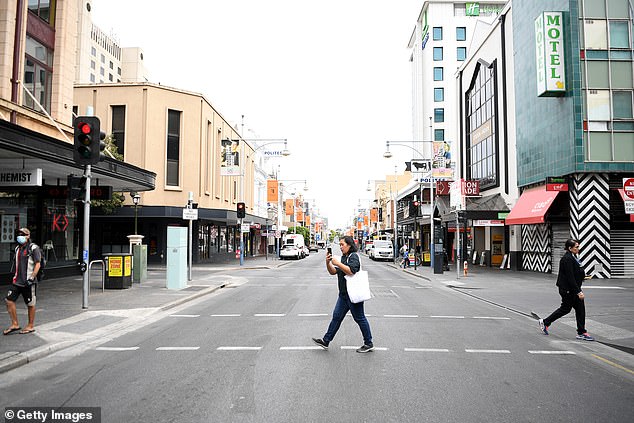 Chief Public Health Officer Nicola Spurrier says all those repatriated on Monday and Tuesday have had initial health checks and will be swabbed for the virus, with the results expected on Wednesday.

Meanwhile South Australia has offered to take more returning Australians, with local officials gearing up to accept at least one more flight.

Police Commissioner Grant Stevens says up to 15,000 people were still overseas and SA had already begun preparing to bring more to Adelaide.

‘I think it’s reasonable to be expected that we will be asked to accommodate another plane or maybe two,’ he said. 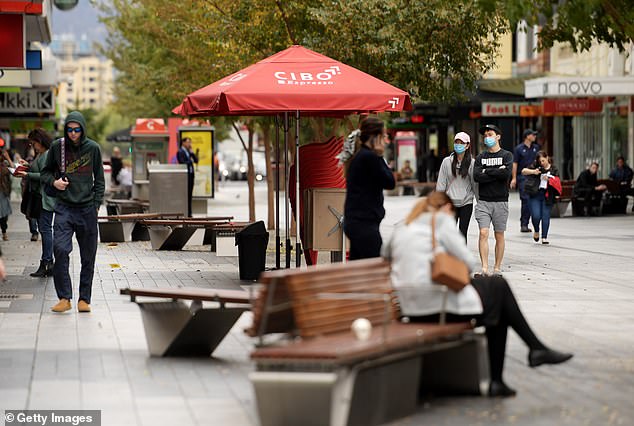 Up to 11,000 people receiving federal government assistance will be eligible for the payment with the state government allocating $7.8 million to cover the costs. Pictured: People wear surgical masks in Adelaide

One was linked to interstate travel and the other was a close contact of a previous case.

So far 376 people in SA have recovered from their infections, leaving only 57 active cases.

Only four are considered to be from wider community transmission and the last of those was reported almost a month ago.

Five people remain in hospital, two of whom are in critical condition in intensive care.