Furious South Carolina man stormed into a sandwich shop, demanding to know why ‘b***h’ was written on his wife’s lunch package – only to be told it was because she ordered a BLT… with cheese

A South Carolina husband’s post has gone viral after he misread writing on a sandwich as ‘b***h’ only to discover it read BLT with cheese.

Robert Wilson Barnes, of Greenville, couldn’t believe his eyes when he spotted the five letters after leaving a drive-thru and thought it was an offensive insult.

In a Facebook post he wrote ‘Are you freakin’ serious?’ and went onto explain the lead-up to his complaint over wife Colleen O’Reilly Barnes’ order.

‘My wife took her sandwich out of the bag and we see THIS! Seriously? Oh, not today, not today!’ he posted.

Barnes stormed back into Jimmy John’s fast food restaurant to demand to speak to the manager and for an explanation from the ‘confused’ looking server.

Robert Wilson Barnes couldn’t believe when he thought the letters on his wife’s bacon, lettuce and tomato sandwich with cheese actually read ‘b***h’ 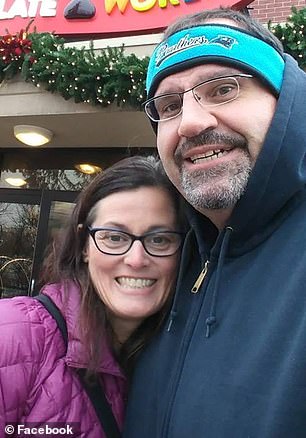 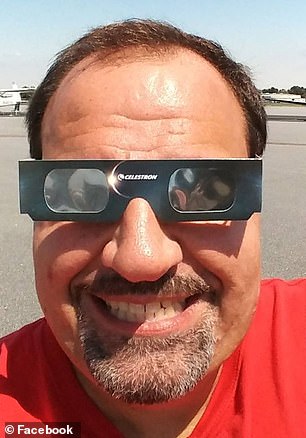 Barnes and wife Colleen (left) had just left the drive-thru of a Jimmy John’s fast food restaurant when they noticed the five letter word. Barnes raced back into complain but quickly found a more than reasonable explanation for the word

‘I pointed at the writing on the sandwich and demanded that he tells me why someone felt the need to write it on my wife’s sandwich,’ Barnes wrote.

But little did he know, instead of spelling ‘b***h,’ as he previously thought, it was actually an abbreviation for the sandwich’s ingredients – bacon, lettuce and tomato with cheese.

The man told him: ”Because you ordered a BLT with cheese?’ To which I replied, ‘…Oh.”

Since sharing the post on September 10, more than 105,000 people have reacted to the amusing anecdote and it’s received a further 74,000 shares.

Telesia Brown Mulipola wrote: ‘That’s really funny, you should have told them to write the words not the letters cos when I look at it, I got another word hahaha.’

‘Imagine if this was for real,’ Palak Taneja added.

Chapella McDonald quipped: ‘Nah that was also subliminal lol there are other ways to write that lol.’