South Carolina man, 21, dies after shooting himself in the head during a game of Russian Roulette

Hunter Brick Hall killed himself in Anderson, South Carolina on Saturday while playing Russian Roulette. He is pictured in a prior mugshot

A South Carolina man has died after shooting himself during a game of Russian Roulette.

Hunter Brick Hall brought out the .38 caliber handgun on Saturday night while hanging out with his friends in his Anderson apartment.

The 21-year-old then opted to start playing the risky Russian Roulette game.

It involves loading one bullet into the handgun before spinning the cylinder, pointing it at a person’s head and pulling the trigger.

The group played until Hall pulled the trigger against his own head.

Police are still investigating the incident and the circumstances surrounding the game. 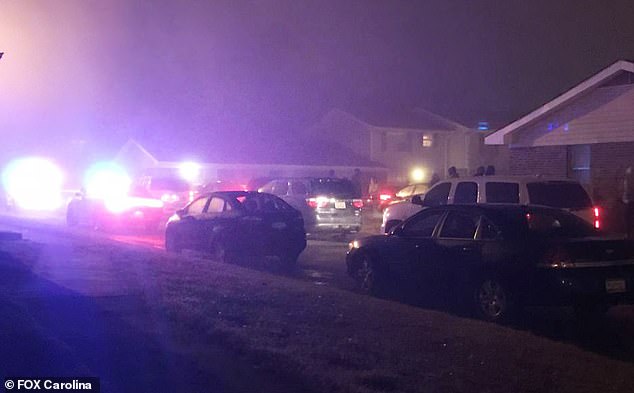 Police were called to his apartment in Anderson, South Carolina at 11.30pm on Saturday after he shot himself with his .38 caliber handgun