A South Florida elections official says that her office has misplaced more than 2,000 ballots.

Broward County Supervisor of Elections Brenda Snipes said that 2,040 ballots had been ‘misfiled,’ in a video posted by The South Florida Sun-Sentinel on Saturday.

‘We have been trying to determine what could have caused the drop. What we believe is that in the recount area … I believe those ballots were probably mixed in with another stack,’ Snipes told the elections Canvassing Board at midday.

State officials ordered a manual recount on Thursday after a machine recount showed less votes in the county than the total number of votes reported to the state on November 10.

Broward County has historically been a Democratic stronghold, but the machine recount on Thursday had Republican Gov. Rick Scott leading incumbent Democrat Bill Nelson by about 12,600 votes for one of the state’s US Senate seats.

With counties across Florida in the middle of a hand recount for statewide races, Broward thought its recount in the US Senate race was complete on Friday.

Early on Saturday, Broward County’s recount of 22,000 ballots cast in the race for Florida Commissioner of Agriculture saw a hiccup, as well, and came to an abrupt stop when officials noticed volunteers had mixed 47 manila envelopes from the Senate recount in with those to be hand counted for the commissioner race, Fox News reported.

Had the mix-up not been caught, some ballots cast for commissioner may have been counted twice, but Broward County Canvassing Board Attorney Rene Harrod said the issue was caught in time and that none of the 47 envelopes were double counted in that race.

Vote-counting issues have plagued Broward County for at least the past 14 years, dating back to one year after Snipes took over as County Supervisor of Elections in 2003.

Larry Davis, a Democratic attorney who is representing agriculture commissioner candidate Nikki Fried, took the elections supervisor to task over the missing ballots.

‘Dr. Snipes, with all due respect to you and your office, the ballots being in the building doesn’t get them counted,’ Davis said.

Snipes said that she believed the totals reported to the state on November 10 were accurate, but that some ballots were misfiled before the machine recount, causing them not to be run through the machines.

In the original vote totals as recorded by Broward County on November 8, two days after the election, Nelson was beating Scott, but far fewer votes had been cast in the US Senate race than other statewide races.

The Broward Supervisor of Elections website reported 676,706 votes had been counted in Broward in the US Senate race, with the vast majority going to Nelson over Scott, but 24, 763 more votes had been logged for the governor’s race, with 701,469 reported at that time, according to the Miami Herald.

She said she’d like to send the original vote totals to the state at noon on Sunday, which is the deadline to report official results to the Department of State.

Snipes has already been under fire for the way her office has handled the election and recount.

On Thursday, her office was two minutes late in submitting the machine recount numbers to the Department of State refused to accept the totals, according to the New York Times. 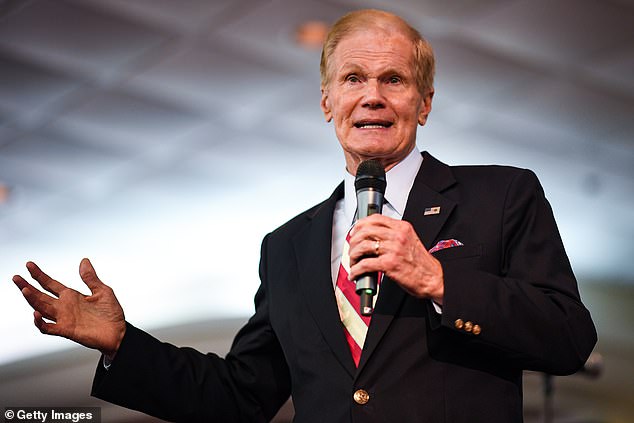 Broward County has historically been a Democratic stronghold, but the machine recount on Thursday had Republican Gov. Rick Scott leading incumbent Democrat Bill Nelson (pictured) by about 12,600 votes for one of the state’s US Senate seats 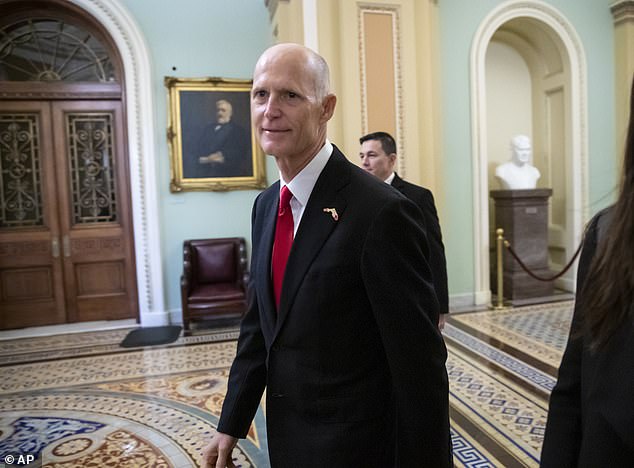 Snipes has already been under fire for the way her office has handled the election and recount; Florida Gov. Rick Scott is pictured arriving for a meeting with Majority Leader Mitch McConnell, R-Ky., and new GOP senators at the Capitol in Washington, DC on Wednesday

‘I’m not blaming anyone, but many of our team members were not as well trained as some others,’ Snipes said on Saturday.

But beyond that, Snipes has had a slew of other problems with the county’s vote, in general, according to the South Florida Sun Sentinel.

She was found to have violated state and federal laws by destroying 2016 election ballots 12 months after the content, rather than keeping them for the federally mandated 22-month period.

Some ballots from the same election were missing a medical marijuana amendment.

Election law was violated again when 2016 primary results were posted on the election office’s website before polls closed.

Almost 1,000 uncounted ballots were found one week after the election in 2012.

Around 58,000 vote-by-mail ballots were not delivered on time to voters in 2004, requiring a mad dash to get ballots out in time.

And now, her latest troubles with ‘misfiled’ ballots come as officials say at least 44 out of 67 Florida counties have finished their hand recount in the Senate race.

Several counties have posted hand recount updates on their websites.

The totals for Nelson and Scott have changed slightly, but not significantly.

More than 8 million voters cast ballots in the race. 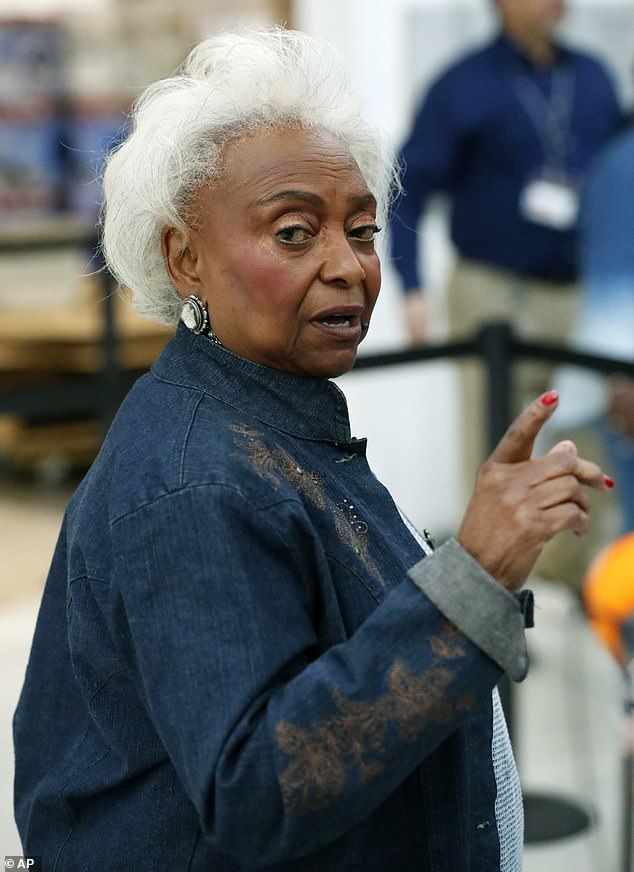 ‘I’m not blaming anyone, but many of our team members were not as well trained as some others,’ Snipes said; Snipes is pictured speaking to members of the media after a hand recount on Friday in Lauderhill, Florida