South Korea heart-throb Cho Gue-sung is forced to turn off his phone at the World Cup after attracting 1.5million new Instagram followers when a video of him just SITTING ON THE BENCH went viral!

Cho Gue-sung has been forced to switch his phone off after he garnered himself thousands of new admirers at the World Cup.

The South Korea forward, who scored twice in his country’s defeat to Ghana earlier this week, has seen his follower count on social media platform Instagram shoot up – rising from 20,000 at the outset of the tournament to 1.6m at the time of writing.

A brief search for him on social media reveals tens – perhaps hundreds – of fan pages dedicated to the dashing South Korea centre-forward. 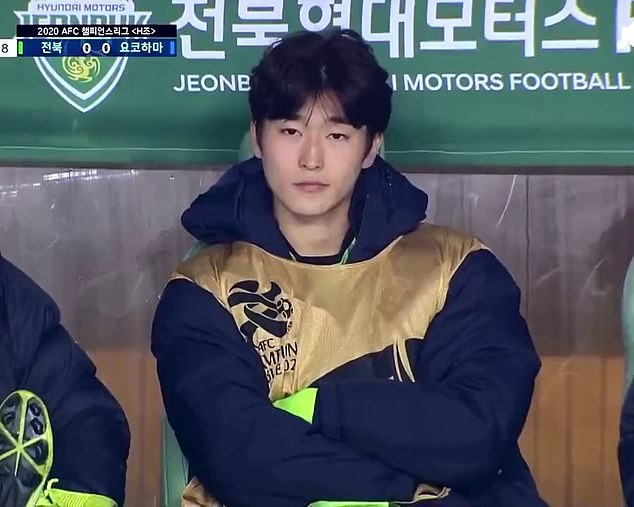 As reported by The Athletic, a journalist of Cho’s native country revealed that he had to ‘get some rest’ and separate himself from his phone – and thus the thousands of messages he was receiving every hour.

‘He had to get some rest,’ said Seo Jung-hwan. ‘His phone was going all night. It was keeping him awake. He was trying to concentrate on football and, all the time, the messages were coming.’

The hashtag ChoGuesung on TikTok, a significant driver of popularity even in the sporting world, has 193m views.

The centre-forward has been one of South Korea’s standout stars at the tournament so far, scoring two goals against Ghana to get his country back level before they conceded a third. 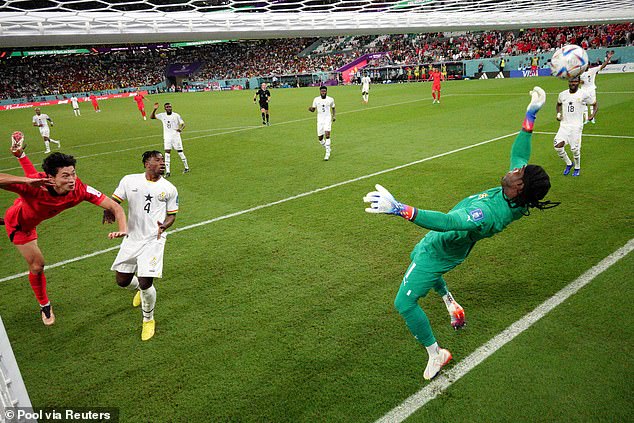 Encouragingly, perhaps, for his many admirers reports that he had begun dating Ji Minju were denied by her modelling agency, LSAC. ‘They are not dating,’ their short statement read. ‘We ask that you refrain from excessive speculation.’

‘Sisters with one hand on the heart, the 9th of korea: Cho Gue-sung,’ one strong admirer wrote on social media.

Another implored the footballer to marry them. While another captioned a video of the player with ‘the man who made everyone fall in love with himself’.

A seemingly innocuous clip of the forward sat on the bench for his club side, Jeonbuk Hyundai Motors, has gained over seven million views. The part where the forward rubs his cheek appears to have drawn particular attention.

The Athletic noted the idol status South Korean supporters are known to bestow upon their stars, with the author Devon Rowcliffe referencing the attention paid to 2002 hero Kim Nam-il.

‘South Korean fans have been known to bestow superstar status on their footballers,’ the author of Who Ate All the Squid? Football Adventures in South Korea told the publication.

‘After the mania of the 2002 World Cup, midfielder Kim Nam-il became an overnight sex symbol. Female fans would hold up placards at matches with racy euphemisms, offering marriage proposals or less formal encounters.’ 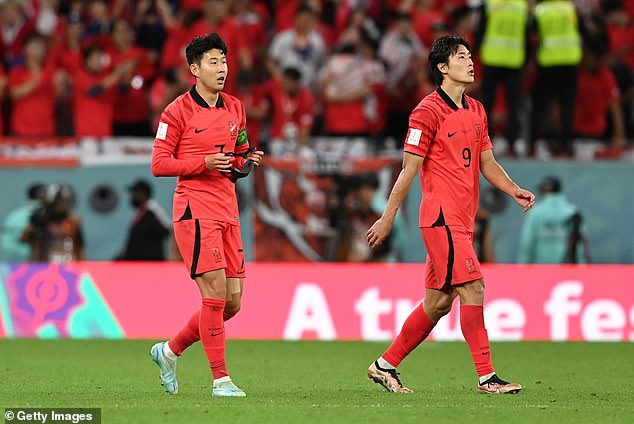 In the digital age, Cho seemingly has more opportunities that his predecessors in the national side to potentially monetise and capitalise upon the attention he is being paid.

With the advent of social media, opportunities are now more widespread and Cho is likely to have a number of offers in his post box when he returns home from Qatar – likely soon given the state of South Korea’s place in their group.

They face Portugal bidding to reach the last-16 – they will have to beat Portugal and better Uruguay’s result while hoping Ghana don’t win.