North Korea has launched an ‘unidentified projectile’ into the Sea of Japan, the South Korean military has said.

The South Korean Office of the Joint Chiefs of Staff said it was analysing the object but declined to say whether it was a ballistic missile.

The Yonhap news agency, however, has claimed it could be a missile.

It landed off the east coast of South Korea’s Kangwon province, the military added.

The Stalinist autocracy has conducted two nuclear tests and dozens of missile tests since the beginning of last year, defying world powers and raising fears of a devastating conflict breaking out in East Asia.

It was claimed that a missile test last month put the mainland United States in range.

Pyongyang later said it had a plan to fire missiles at the US territory of Guam, while President Donald Trump said any threats would be met with ‘fire and fury’. 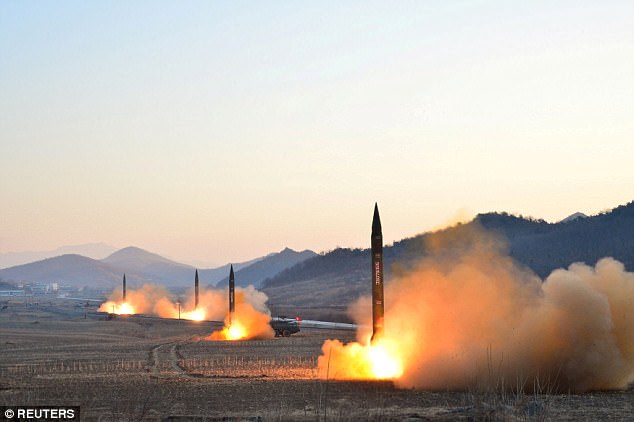 North Korea has previously conducted dozens of missile test. Pictured: A launch in Hwasong in March