Police officer Liam Stewart, 33, was charged with assaulting an 18-year-old before a football match

A police officer has denied assaulting a 18-year-old man before a football match in August.

Liam Stewart, 33, from Barnsley, appeared before a judge at Leeds Crown Court on Thursday where he pleaded not guilty to one charge of assault occasioning actual bodily harm.

Stewart, who is a constable with South Yorkshire Police, is accused of assaulting Louis McAndrew, 18, in the Hillsborough area of Sheffield on August 8, 2017.

The Independent Office for Police Conduct (IOPC) has previously said that Mr McAndrew ‘had come into contact’ with the police before the Sheffield Wednesday v Chesterfield League Cup match that evening.

The IOPC added that the teenager had later received hospital treatment for facial injuries.

Stewart appeared before Judge Geoffrey Marson QC to enter a plea while dressed in a dark blue suit, white shirt and a dark tie, and was flanked by one security officer.

He spoke only to give his date of birth and his nationality as British.

Judge Marson told the officer he will go on trial in Leeds on April 23 but will appear in court for a further hearing on February 18. 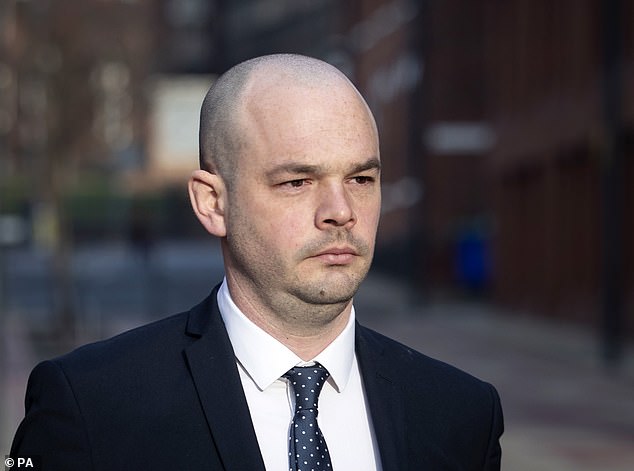