South Yorkshire spinster, 106, claims the secret of her long life is a complete lack of MEN

A 106-year-old spinster who has never been on a date or had a boyfriend claims the secret of her long life is a complete lack of men.

Madeline Dye, who has only been to a pub once, for her 90th birthday, says her extraordinary longevity is down to avoiding the ‘stresses’ that come with marriage and relationships.

Miss Dye was born in Heeley, South Yorkshire, in 1912 – the same year the Titanic sank and the Woolwich foot tunnel opened.

The retired bookbinder lived independently at home until the age of 103 when a fall left her needing nursing care.

Madeline Dye, 106, has never been on a date or had a boyfriend. She believes this is the reason behind her long life as she has avoided the ‘stresses’ that come with marriage and relationships

At home, she cooked steak and chops and kept herself busy around the house – even putting up her own curtains in her later years.

Despite moving to Norton Lees Hall care home, Miss Dye still walks without a stick and can often be found chatting with other residents.

She celebrated her 106th birthday on April 28 with a family trip to Baslow, Derbyshire, and a party at the care home.

Her niece Diana Heaton, 80, said: ‘Whenever anyone asks her about her past romances or if she has a husband, she says “I’ve never had one, that’s why I’m this age”.

‘She says she has not had the stresses of marriage, it’s tongue-in-cheek more than anything.’

Ms Heaton says her aunt is very independent and has always dressed immaculately.

She added: ‘When she was 103 she asked if I could change some curtains for her in a bedroom.

‘I said I would do it the next day and when I arrived she said “do you like the curtains – look what I’ve done?” 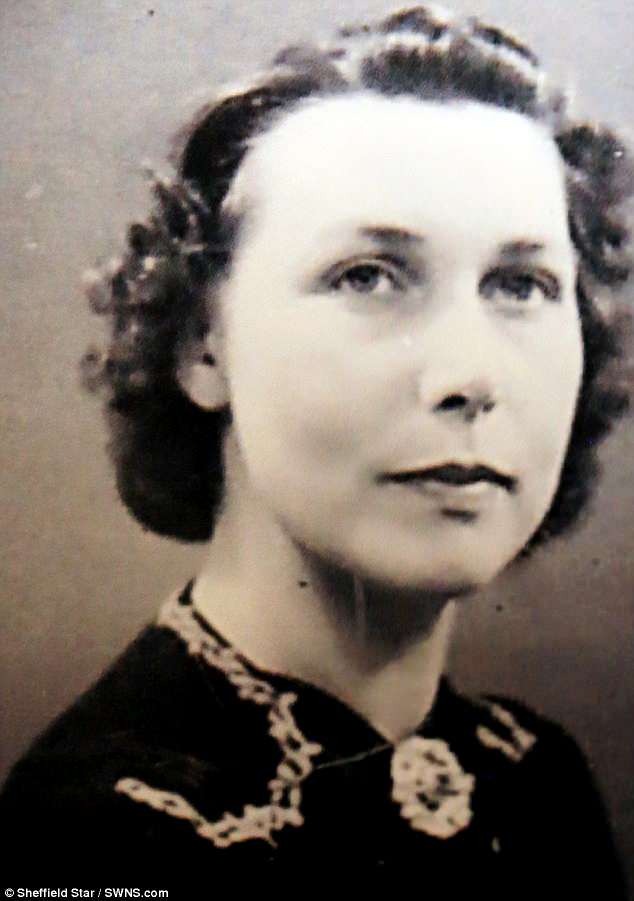 Miss Dye was born in 1912 – the same year the Titanic sank and the Woolwich foot tunnel opened. She lived independently until she reached 103 when she went to live in a care home

‘She changed them and carried some steps from the cellar up the stairs to her front bedroom.

‘She does still dress herself and goes into the common room and chats with people. She has a great sense of humour still, she has never lost it.’

Miss Dye’s long life may also be down to walking two miles up a steep hill four times a day while going from and to work.

Last year she was reunited with a friend who she lived through the horrors of the Blitz with after spending 70 years apart.

Kit Sollitt, 97, managed to get back in touch with her former neighbour after she read a news article detailing her 105th birthday.

That set in motion plans for an emotional reunion where the former close pals were able to roll back the years and reminisce of their wartime experiences sheltering from Nazi bombs in a cramped cellar.

Her father Ernest died in the First World War when she was a girl, and she lived for most of her life with her mother Mary and sister Auralie, never marrying or having any children.

Miss Dye worked her entire career as a bookbinder for Swinburns in Broadfield Road, and she was a keen gardener and knitter.