Would Everton have had the resilience to come back and win this game last season? No, certainly not. Would Southampton have managed to hold on to win it last term? Well, no.

Nothing changes at St Mary’s. That is 92 points dropped from winning positions since Ralph Hasenhuttl took over, at least 20 more than the next-worst team in the league, and 35 since the start of last season.

As for Everton, though — there is something special brewing. Frank Lampard’s side are now seven matches unbeaten. They showed fight and togetherness to come back from a goal down in emphatic fashion and punish Southampton. 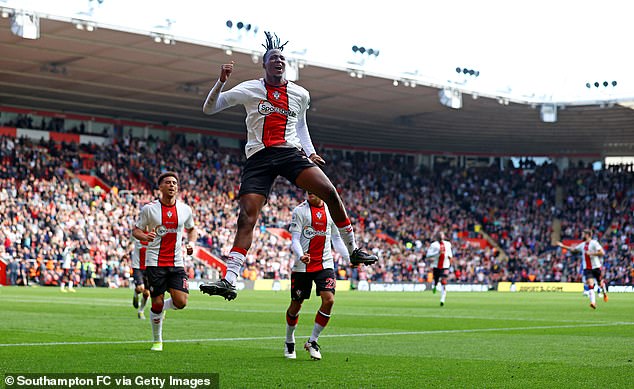 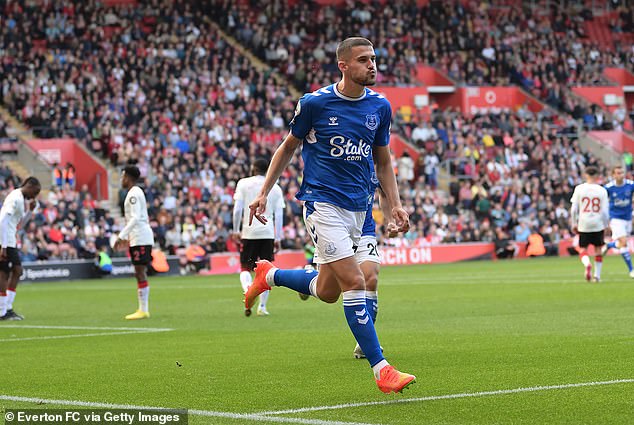 But Frank Lampard’s side hit back, as Conor Coady equalised, before McNeil’s winner 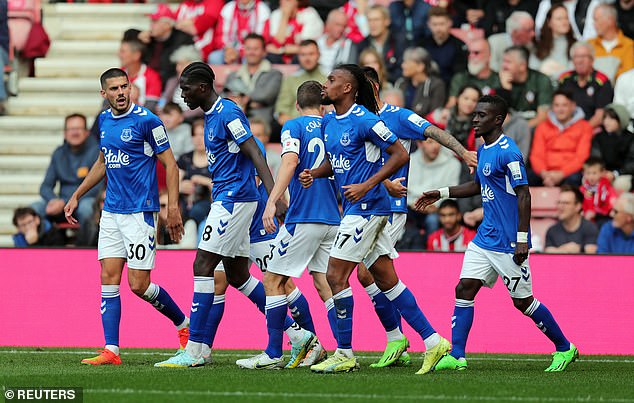 Everton’s season has gone largely under the radar but, after narrowly escaping relegation last term, they are heading in the right direction. They are turning dismal, depressing losses into well-earned draws and now, slowly, starting to put away fellow mid-table clubs.

Joe Aribo put Southampton ahead on 49 minutes but, by 54 minutes, Everton had scored two quick-fire goals – via summer signings Conor Coady and Dwight McNeil – to turn this game on its head.

Lampard is realistic about his team’s ability and, though Everton perhaps have had better quality players in the past decade or so, the young boss has created a tight-knit unit who clearly give their all every week and will do all they can for points.

After taking the lead, Everton were under a significant amount of pressure but came through unscathed. For that, they can thank a string of heroic blocks, a stellar performance from Jordan Pickford and, well, a good old slice of luck as Saints’ finishing was poor.

This was the first time Everton have won an away match in which they went 1-0 down since February 2020. ‘This shows the progression,’ said Lampard. ‘It’s not the end of the story and we need to keep progressing. But I’m delighted with the win.

‘We want to be more ruthless. I’m delighted to get two wins on the bounce, because that gives confidence.’

Each block, clearance and foul won was greeted by a cheer as if they’d scored a goal. The away end was sent into bedlam after both goals and stayed long after the whistle to serenade Lampard, his staff and players.

Those fans had fought through another weekend of train chaos to be here and, after travelling the countries’ length, they might have regretted it for the first 50 minutes.

The first half was exactly what you’d expect after a prolonged break in Premier League action. It was slow and lacking in goalmouth action, though Everton saw the more of the ball without forcing Southampton keeper Gavin Bazunu into any significant work. 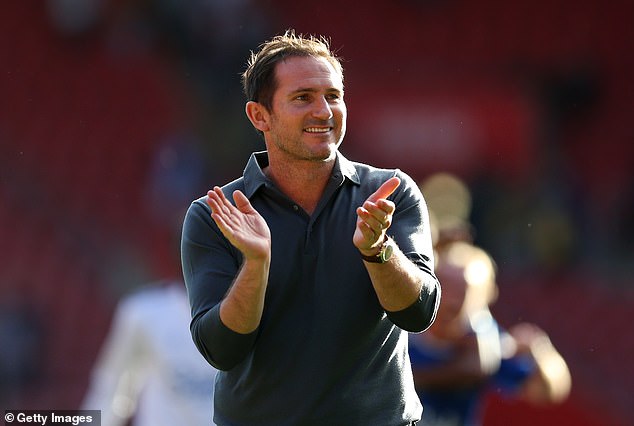 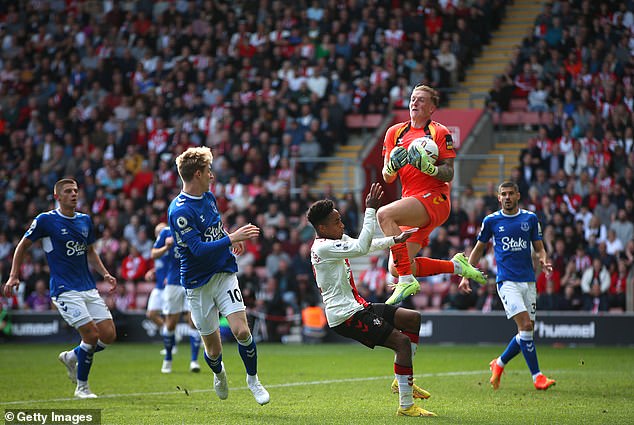 The Toffees did have Jordan Pickford to thank, who was superb in goal for the visitors 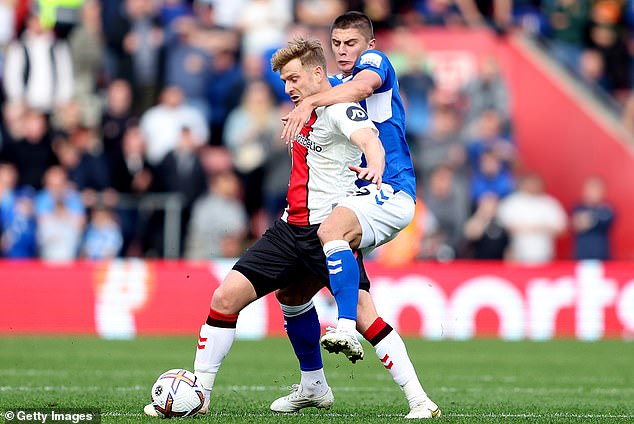 The first half was a hard-fought affair, with neither side able to break the other down 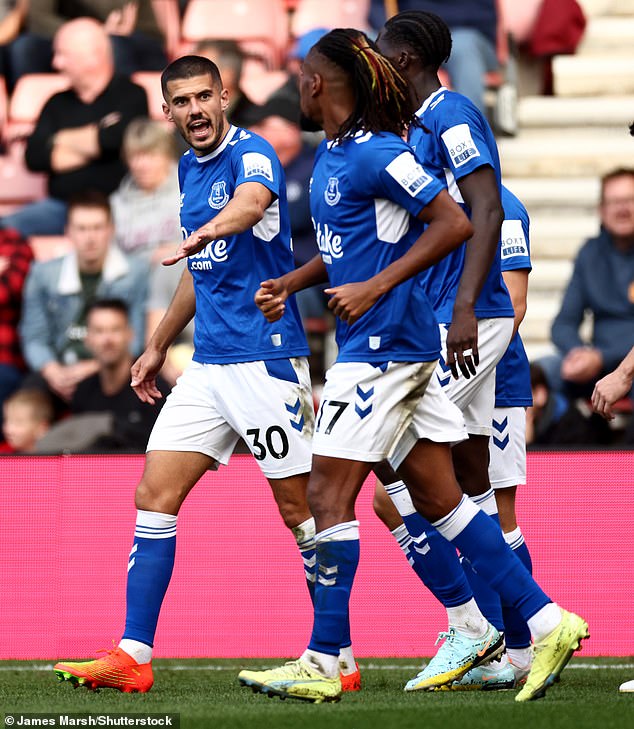 The one time they did manage to muster a sight of goal came after a weaving run from Demarai Gray, who skipped past two challenges but shot straight into the grateful grasp of Bazunu.

It says a lot about the ever-improving talents of Anthony Gordon that he was sorely missed here, after falling ill and being limited to an appearance off the substitutes’ bench.

Everton had more of the ball but were sloppy in possession, with Idrissa Gana Gueye often being caught in possession. One of those moments led to Saints’ opener, as the midfielder ceded the ball and was punished by a powerful Aribo strike. 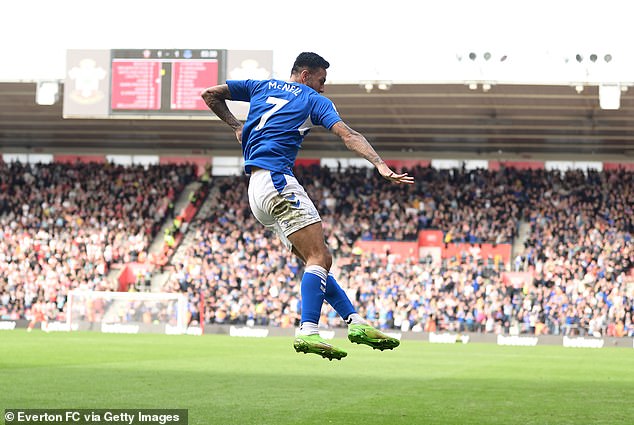 Little over two minutes later, though, Coady found himself unmarked in the box to equalise after Amadou Onana won a header from a free-kick.

Saints nearly restored their lead with the next attack but Everton made a string of last-ditch blocks and then counter-attacked, with the fit-again Seamus Coleman floating a cross towards Onana.

The midfielder was shoved over but, before the referee could think about awarding a penalty, McNeil pounced on the loose ball and powerfully shot into the near post past Bazunu. 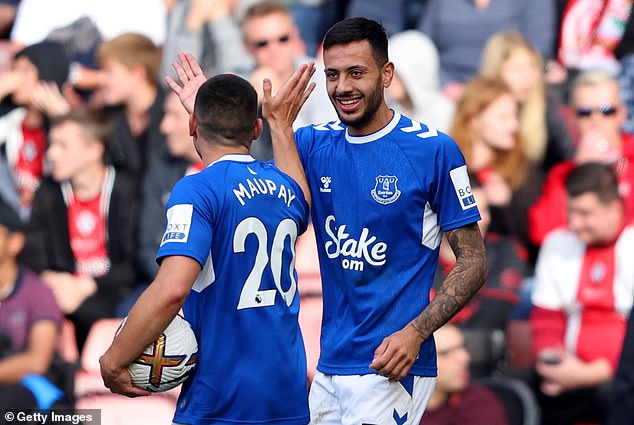 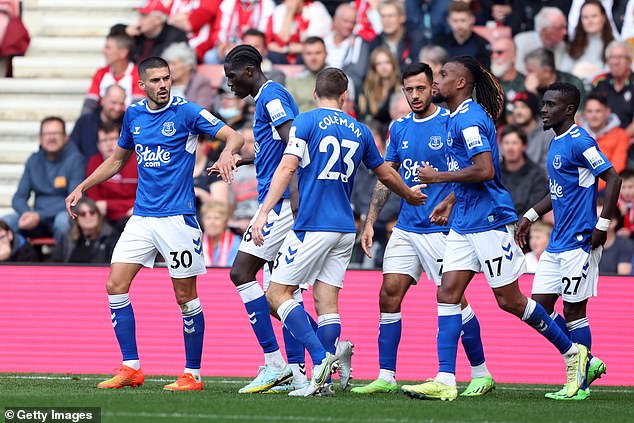 ‘Premier League football is brutal – when you don’t score, you concede,’ said Hasenhuttl. ‘That’s what happened today. This young team has to learn, it’s not enough to create chances, you have to be decisive.’

Pickford kept Everton ahead by denying Adam Armstrong from close range and then making some commanding punches to fend off James Ward-Prowse’s dead-ball bombardment.

By the full-time whistle, it felt like Everton were crawling over the finish line. Ask that jubilant away end if they cared, as each player took turns to trudge over there to celebrate a second straight win. 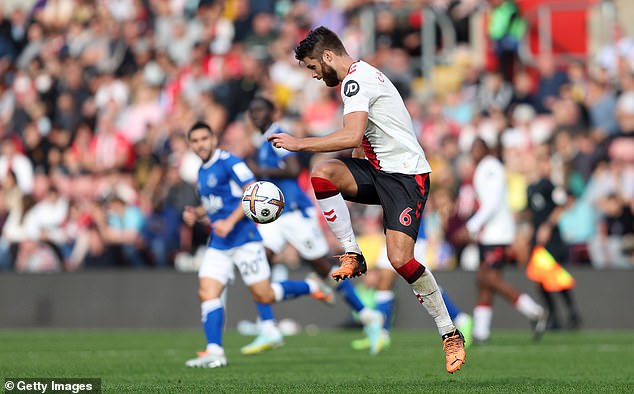