Southampton have completed the signing of forward Adam Armstrong from Blackburn on a four-year deal for a undisclosed fee.

The addition of the prolific striker helps fill the void left by the departure of last season’s top goalscorer Danny Ings to Aston Villa earlier this month.

Armstrong, who scored 28 goals for Blackburn in the Sky Bet Championship during the 2020-21 campaign, said: ‘It’s unbelievable to be here – such a massive club with a great fanbase and it’s just something that I’m really looking forward to. 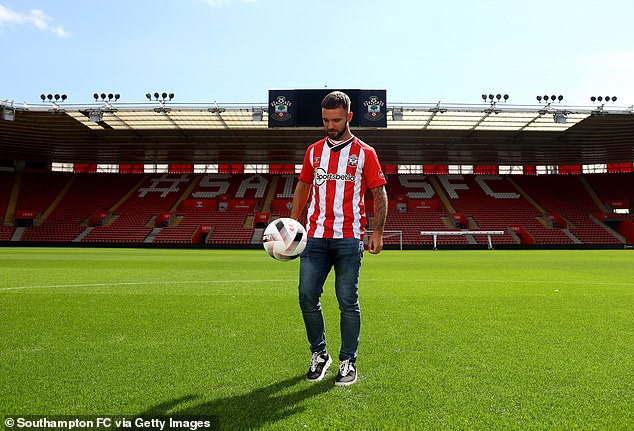 ‘I thought it was perfect as my next step. I wanted to get back to the Premier League from what I’ve done for Blackburn, so I’m over the moon.’

Armstrong’s move is the Saints’ second signing of the day, after landing Chelsea striker Armando Broja on loan.

Broja, 19, has joined for the season as one of two moves Southampton have completed to bolster Ralph Hasenhuttl’s attack following Ings’s departure for Villa. 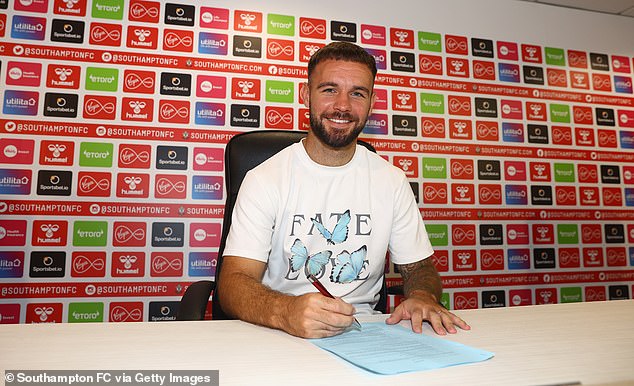 The deal does not contain an option for Southampton to sign Broja permanently next summer.

Broja, who has also been targeted by clubs in Italy and Belgium, spent last season on loan at Dutch club Vitesse where he got his first taste of regular senior football.

He scored 11 goals in 34 games. Chelsea secured his long-term future last month by tying Broja down on a new five-year deal and have allowed him to go on loan again to continue his development.