Southampton finally caved to sign up to the FA’s football leadership diversity code on Thursday night – but still insisted the document does not go far enough to tackle discrimination in football.

As of Thursday morning, the Saints were the only Premier League club not to have officially signed up to the governing body’s historic code – that was introduced last October with a view to ensuring those in positions of power in English football is more reflective of the UK’s diverse society.

But on the day the FA release their own equality, diversity and inclusion strategy for the next three years, it can be revealed that the Saints have now signalled their intention to sign up to the code – that was originally led by the chair of the FA’s inclusion advisory board Paul Elliott.

The south-coast club were the only top-flight club not to be a founding member of the charter when it was launched 12 months ago, amid a feeling within the club it was not far-reaching enough.

Indeed, it emerged on Thursday morning that Southampton had still failed to join the FA’s code, but in a statement last night a Saints spokesman said: ‘Southampton Football Club can confirm it has signed up to the FA’s Diversity Leadership Code (FLDC).

‘At its launch in October 2020, the club felt it needed more time to understand how the revised Premier League Equality Standard and the FLDC would complement each other before considering revising our recruitment targets and already established processes.

Post the introduction of the Premier League Equality, Diversity and Inclusion Standard in 2021, the club now feels it better understands the shared objectives of this Standard and the FLDC, enabling us to formally sign up to the FLDC.

‘Whilst we are committed to the FLDC, the club maintains that it could go further. With the club’s existing recruitment targets encompassing all roles, as opposed leadership roles only, and also extending beyond race and gender, we look forward to engaging with the FA on this topic to broaden the targets for all clubs.’ 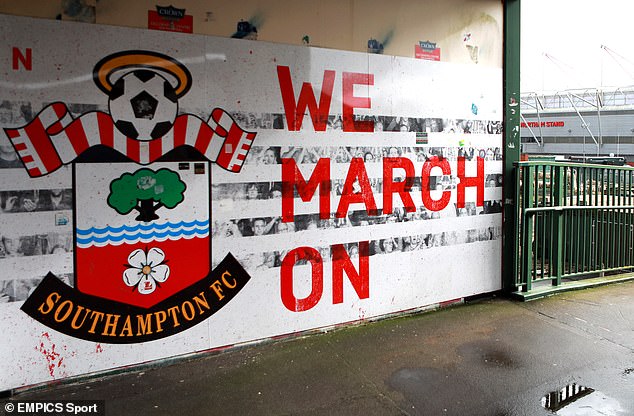 Meanwhile, the FA have released their own 35 page document entitled ‘A Game for All’, which aims to increase diversity and equality within its own four walls.

By 2024, the FA have set themselves a target of coaching staff for the men’s game to include 25 percent black, asian or other or mixed heritage backgrounds – an increase of five percent.

By 2024, the FA have set themselves a target of 17 percent of their entire workforce to be from black, asian or other or mixed heritage backgrounds – an increase of five percent.

They want 40 percent of their employees to be female by 2024 – a rise of three percent.

The FA’s new strategy also reveals that all employees will have to undergo compulsory unconscious bias training, whilst also setting out its plans to tackle in-stadium racism, online abuse and mental health issues within English football.

‘Tackling discrimination is not a new priority for The FA and we’ve made great strides in this area in recent years,’ said Edleen John, the FA’s director of international relations and corporate affairs. 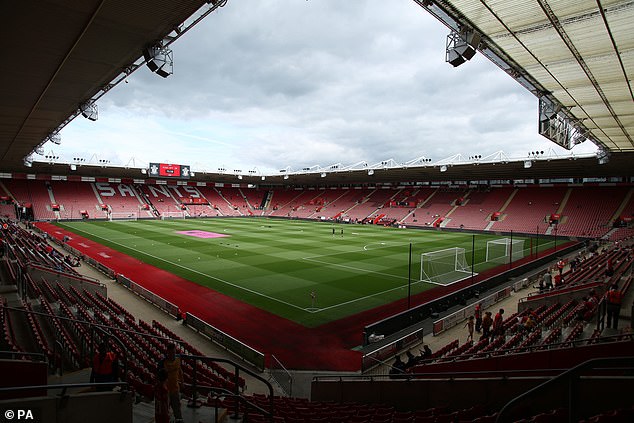 As of Thursday, Saints were the only Premier League club not to have officially signed up to the FA’s diversity code

‘It’s core to our thinking as an organisation and we remain truly committed to using our influence to create a game free from discrimination. We want to continue to partner with stakeholders across English football to unite behind a common purpose, because we know that no one organisation can do it alone.

‘We want to break down any historical barriers within football and we know there’s a huge opportunity to drive real change when work across the game is united.

‘We firmly believe that everybody has the right to play the game with confidence and without prejudice, regardless of personal characteristics, and this strategy will play a crucial role in helping us to deliver our longer-term commitment of creating a game for all.’