Southampton have parted with three members of Ralph Hasenhuttl’s backroom staff in a major shakeup of their coaching setup.

In a statement on their official website, they wrote: ‘Southampton Football Club can confirm a change within the coaching team in the Men’s First Team environment.

‘The club has made the decision to part with Kelvin Davis, Dave Watson and Craig Fleming following the conclusion of the 2021/22 campaign and ahead of the return of the squad for pre-season training later in the summer.

Confirmation of new additions to the staff will be announced in due course.

The club would like to express its sincere thanks to each of the coaches for their efforts throughout their time at Southampton in various capacities.’

Southampton finished 15th this season but won just one of their final 13 games, losing 10. 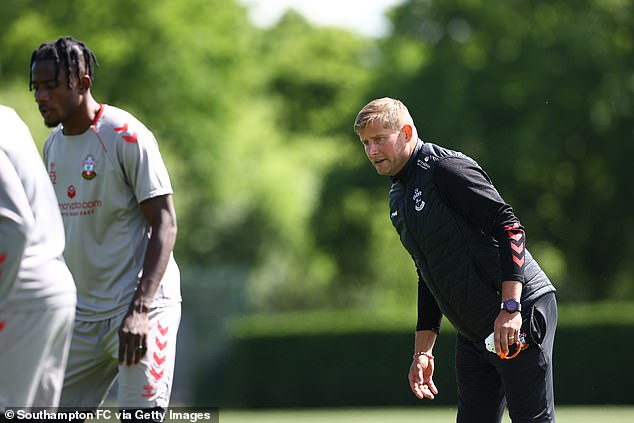 Dave Watson (pictured), along with Kelvin Davis and Craig Fleming have been sacked

That prompted a full review into how their season unfolded, including their coaching options, and they have chosen to let the long-serving trio go in a show of faith in Hasenhuttl following the inquest.

Despite the ups and downs they have experienced, the Southampton hierarchy have acknowledged that Hasenhuttl has managed to retain their Premier League status in each of his four seasons, doing so with restricted finances.

Southampton, under the ownership of investment firm Sport Republic since January, will now freshen up the team supporting Hasenhuttl and also back him in the transfer market in an attempt to spark an upturn next season. 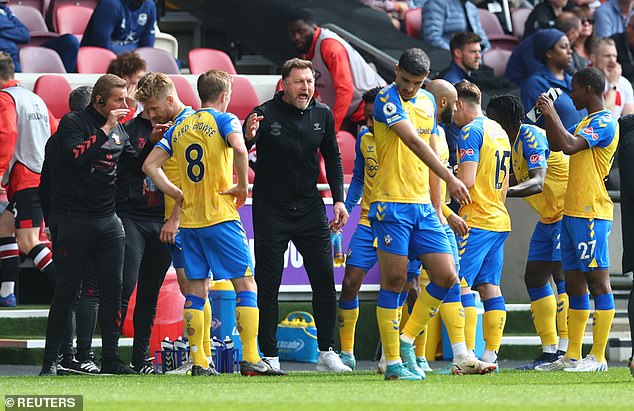 Davis joined Southampton in 2006 and spent ten years there as a player, including the journey from League One back to the Premier League, and featuring a spell as captain.

He remained with the club in a coaching role, joining the first-team staff in 2017.

Watson’s time at Saints began in 2014, initially as goalkeeping coach and subsequently head of goalkeeping, before he moved into a first-team assistant coach role in 2019.