Southend Pier was closed yesterday morning after an unexploded Victorian-era bomb was discovered close to it.

The suspect device was found just 30 metres from what is the world’s largest pleasure pier, in Southend-on-Sea, Essex.

A team from the Royal Navy Bomb Disposal Unit waited until low tide to detonate the device at around 7pm.

Southend Pier, in Southend-on-Sea, Essex, was closed yesterday morning after an unexploded Victorian-era bomb was discovered close to it. A team from the Royal Navy Bomb Disposal Unit waited until low tide to detonate the device at around 7pm in what was a huge explosion 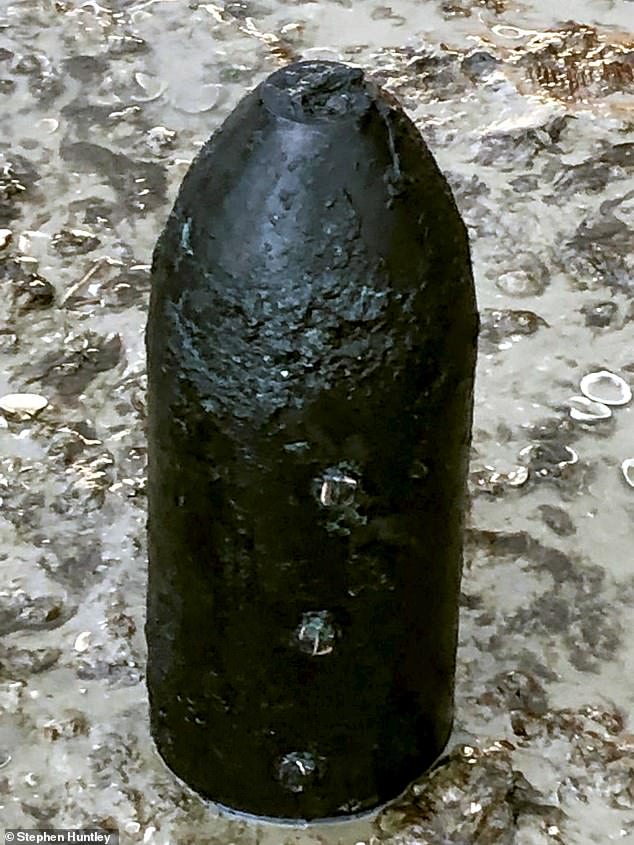 The device (pictured), thought to be a British rifled muzzle-loading projectile, was found just 30 metres from the pier. It was then dragged away from the pier 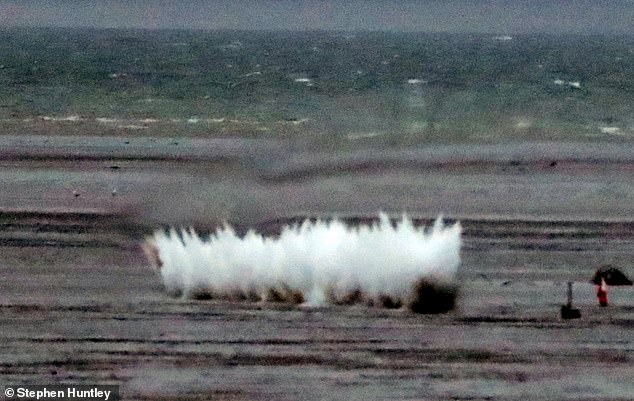 ‘The police kept the scene secure while Royal Navy Southern Diving Unit Two was deployed to examine the situation.

‘The Royal Navy team waited until low water in the evening, when the device was safely destroyed.

‘The device was thought to be a British rifled muzzle-loading projectile.’

Firearms expert Bill Harriman, who is a regular on the BBC’s Antiques Roadshow and is director of the British Association for Shooting and Conservation, said the explosive was a ‘rare historical artifact’.

He said it was a Palliser studded shell, which dates from around 1880.

‘Palliser shells had a cavity for a small bursting charge but they were principally designed to defeat armour. Consequently I suspect that this was probably inert,’ he said.

‘It will have been the modern explosives used by the EOD [Explosive Ordnance Disposal] disposal that made the bang rather than the shell.

He added: ‘This was a rare historical artefact. It is a pity that the Bootnecks blew it up.’ 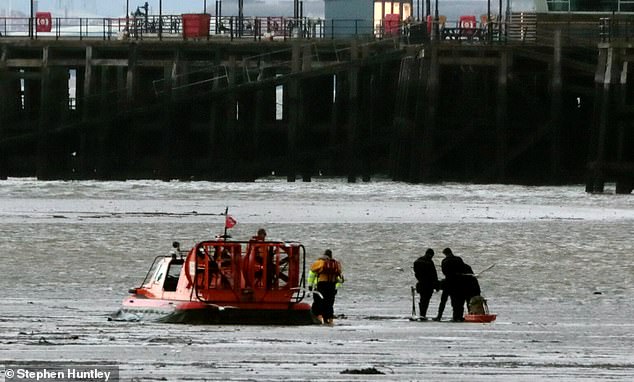 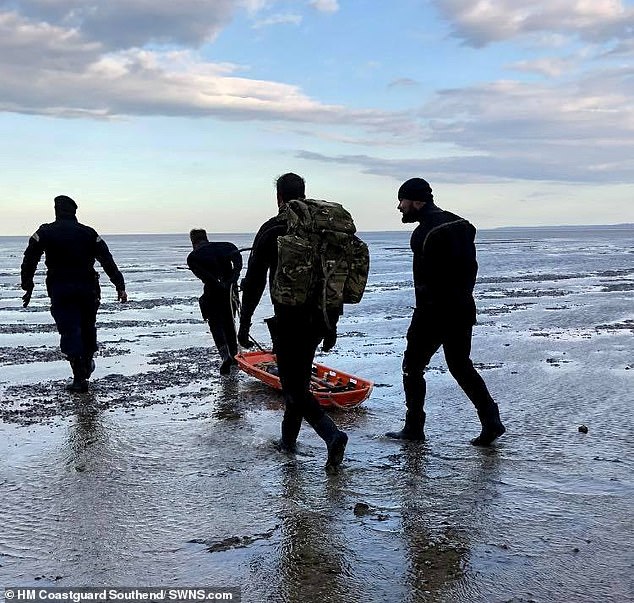 HM Coastguard Southend said on their Facebook page: ‘The Southern Diving Unit team arrived this afternoon, removed it from the vicinity of the pier and carried out a demolition of the shell by controlled detonation.’

‘The munition was taken to a safe place and destroyed by Southern Diving Unit 2 after cordoning off the pier. Not bad for a day’s work!’

The pier is around 1.3 miles long.

Southend Council said on Twitter: ‘Thanks to the emergency services and the military for their swift action and the public, for giving them the space to get on with their important job.’ 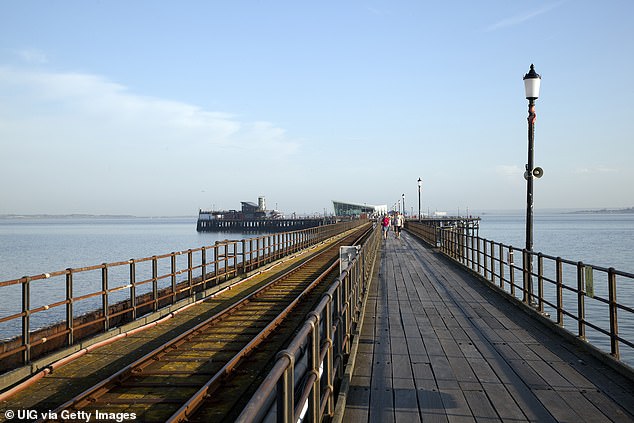 At 1.3 miles long, Southend pier (pictured) is the longest pleasure pier in the world