Mother shares harrowing footage of her ‘possessed’ daughter, 18, writhing around in bed with a locked jaw and hands gripped like claws after ‘her drink was spiked in a club’

Footage of a teenager writhing around ‘possessed’ after having her drink spiked with drugs on her first nightclub visit has been shared by her terrified mother.

Millie Taplin, who was drugged in Moo Moos in Southend, Essex, looks in agony as her jaw his locked and her hands are bent into claws.

She is feared to have had an unknown substance placed in her drink on Saturday night as she celebrated.

Millie, 18, was rushed to hospital after bringing two drinks back from the bar from a man she had been talking to.

Police are currently investigating and trying to track down the person responsible.

Millie’s mother Claire, 48, said: ‘It was horrendous, she looked possessed.

‘I had no idea what was going on, I can’t describe what it was like seeing her like that.

Millie Taplin, 18, was drugged in Moo Moos in Southend, Essex, on Saturday night this weekend 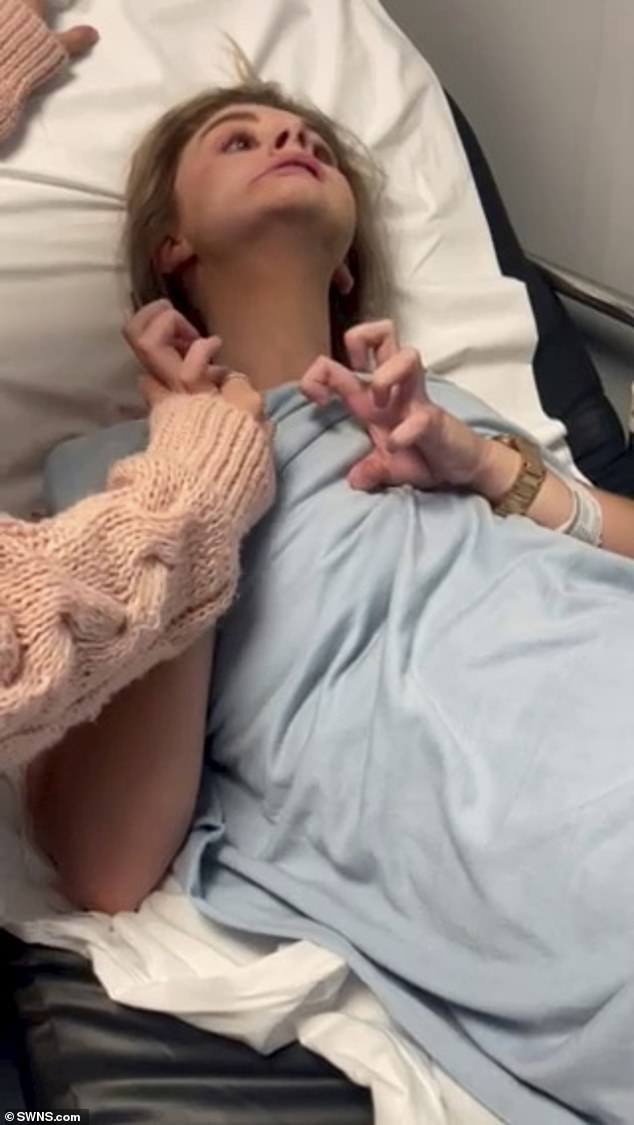 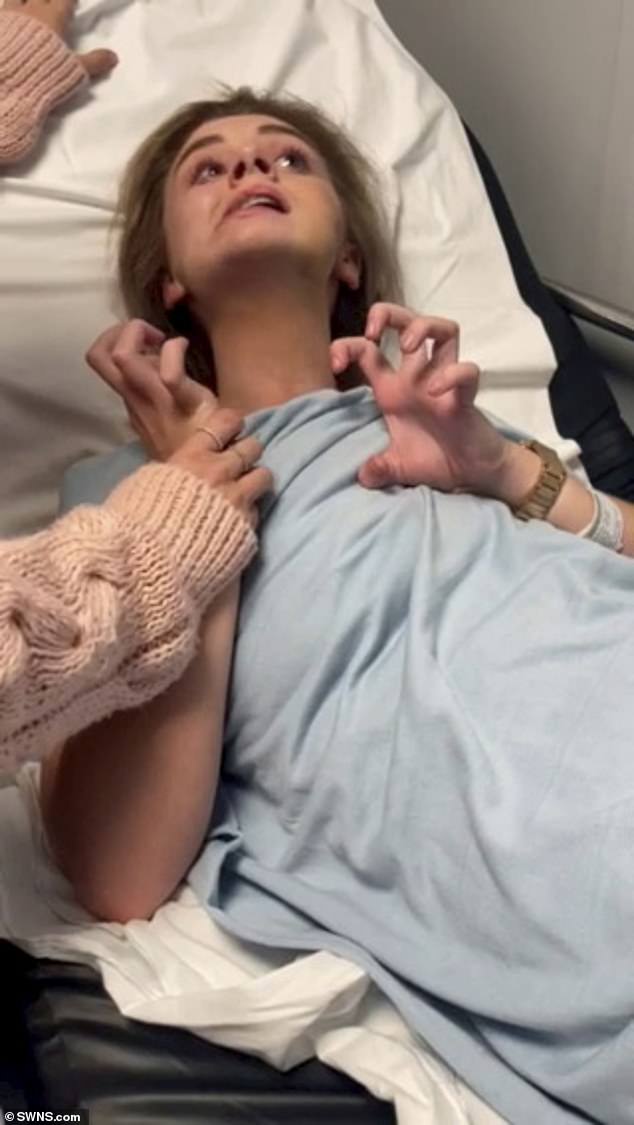 ‘I’ve never seen anything like it. Millie was aware of what was happening but couldn’t speak.

‘She felt sick almost immediately and went outside. She knew she wasn’t drunk but was slumped in a nearby alleyway.

‘I’m so thankful her friends were there for her, otherwise who knows what would have happened.’

Millie left hospital on Sunday morning, and was in bed at home the rest of the day.

Claire told the Basildon Echo: ‘There are no words for what I could say to the person responsible. 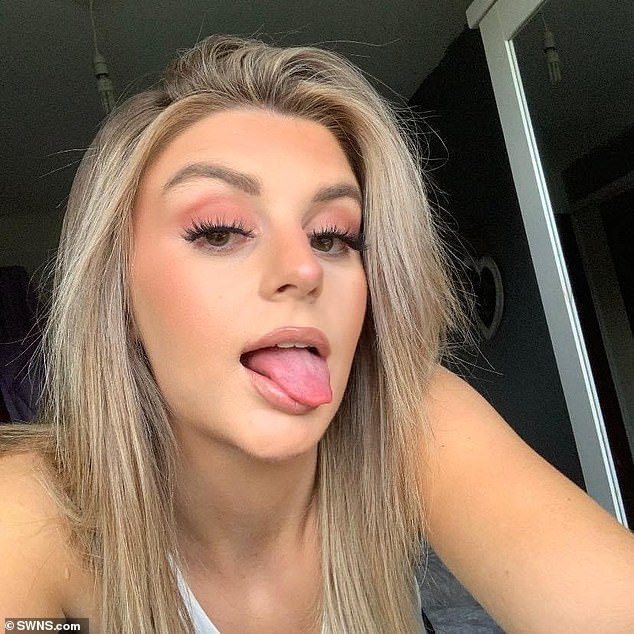 Millie, seen in better times, left hospital on Sunday morning, and in bed at home for the day 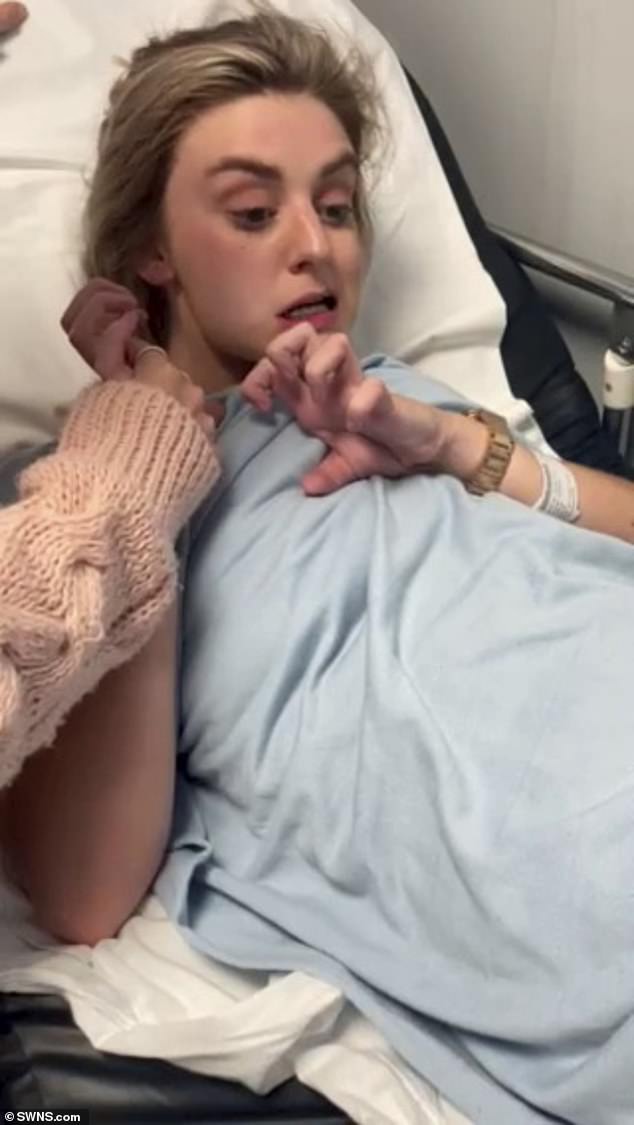 Millie’s mother Claire, 48, said: ‘It was horrendous, she looked possessed’ as she showed video 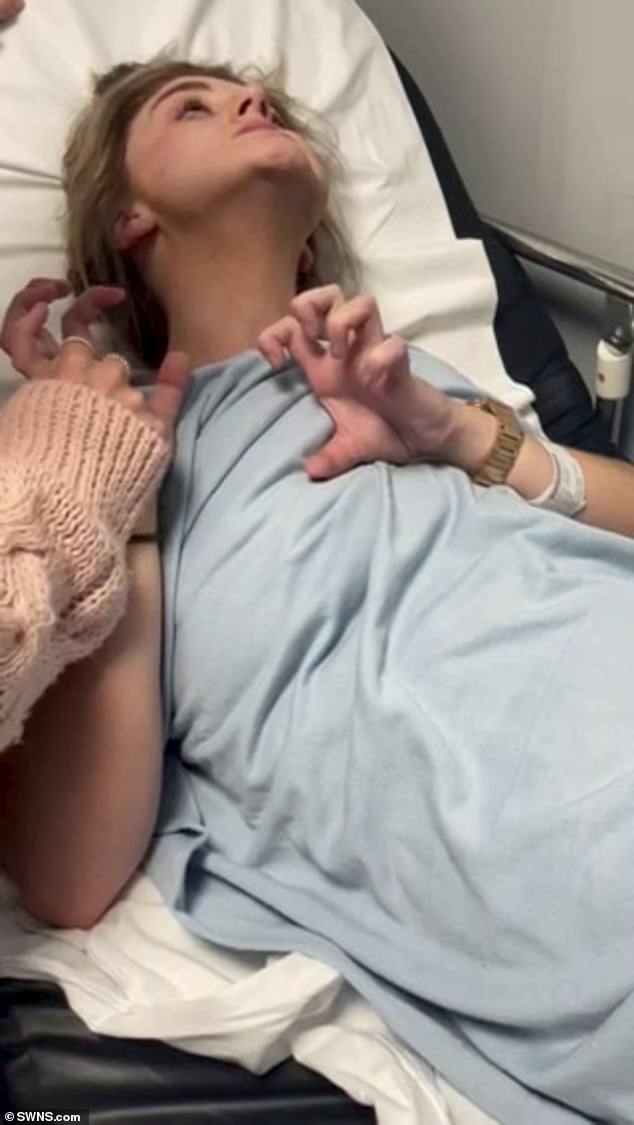 ‘Millie only took two sips of the drink, we’re lucky it wasn’t any more.

‘She was wobbly on her feet on Sunday.

‘She was really excited about going out on Saturday, she was so happy. It’s such a shame.’

Moo Moos has issued advice for party-goers according to the Echo.

A spokesman said: ‘We urge all customers to be present when their drink is ordered and that they do not leave it unattended.

‘The alleged drink spiked appears to have been accepted from a person known to the lady affected and whilst it was not reported to us at the time, we are assisting the police who are dealing with the matter.’