Southgate jokes about ‘bloody Germans’ but is serious on England fears

Gareth Southgate has warned English football not to be fooled by success in the Champions League or the progress of the national team, as statistics show that the number of English players in the Premier League is at an all-time low.

Ahead of next month’s UEFA Nations League Finals in Portugal — where England can win their first trophy since 1966 — Southgate joked that the ‘bloody Germans’ would soon be catching up with his team again if the FA and Premier League can’t find a way to reverse the trend.

This season recorded the lowest-ever figure of English-qualified players starting in the Premier League — just 30 per cent. 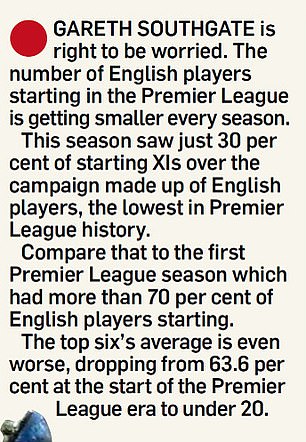 The figure for the top six teams was 19.9 per cent with Southgate saying that the decreasing numbers of English players is a threat to the future of the national team.

‘The big concern for me is that this graph continues to fall away and that we end up in 10 years’ time with an England manager who has got 15 per cent of the league,’ said Southgate.

‘Why wouldn’t that happen? Because it has dropped 15 per cent in the last seven or eight years, so there’s no sign of that being arrested because more money is coming in.

‘The first thing we’ve got to do is arrest the slide. We have to stop that graph slipping, because it isn’t correct to say we’re not developing good players. There’s tremendous work going on at our academies.

‘I was speaking at a Premier League academy event and all those academy managers and coaches live for getting players into the first team. They’re doing really good work.

‘There’s been a time when coaching in our country was criticised and player development was criticised, and that isn’t the case now. The fact that we can see a high level of players coming into the seniors already, the success at European club level with the junior teams and the success with the national teams over the last couple of years are signs that there are players as good as any around the world. 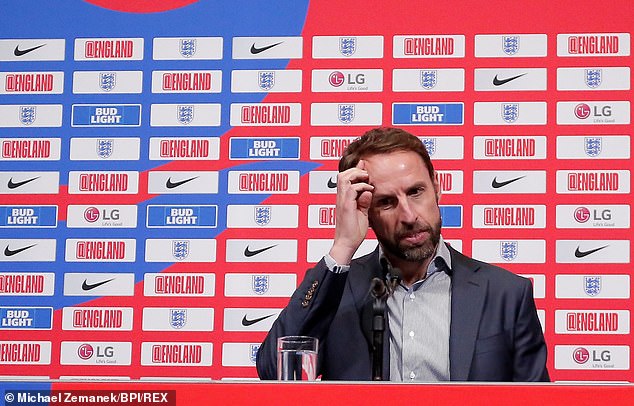 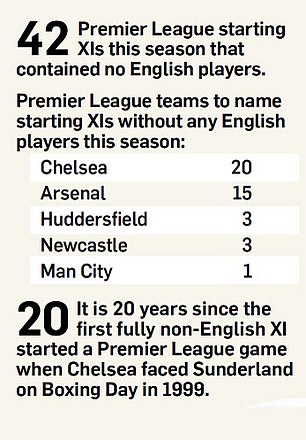 Southgate light-heartedly warned that England’s biggest rivals Germany, despite their failure at the 2018 World Cup, were busily putting in plans to make up the gap on nations like England.

He said: ‘When things are going well it is a good time to review it, and keep improving; not to sit back, either as a league or a national federation and think, “OK, it’s all going well”. Because those bloody Germans, they will be doing stuff, they’re out looking at how they get better.

‘I can read the articles about them having conferences, “We need change in this, change in that”. We have to make those changes and keep improving while we’re in the position of strength, not wait until we are six or seven years on from this and it’s, “Why haven’t we done that?” It’s good to review things when the momentum is positive.’

He backs the FA’s proposal post Brexit, which is to allow all Premier League clubs to have 13 foreign players in a 25-man squad from any territory — Africa, Asia, EU, America — and increase the homegrown quota to 12 players.

‘I think the proposals have tried to balance keeping the success of the Premier League and recognising that is a product that works for us as a country,’ said Southgate. ‘But we saw 40-odd million people or more enjoying last summer and the impact of the national team as well and what that can bring.

‘We are trying to achieve something that not many others have had a chance to do: a successful league and a successful national team.

‘That’s a huge challenge. But I think the proposals that have been put forward have said, “Look, there’s a certain level of players that we think it shouldn’t go any further [than] and there’s got to be change so let’s have this grown-up conversation about it”.’ 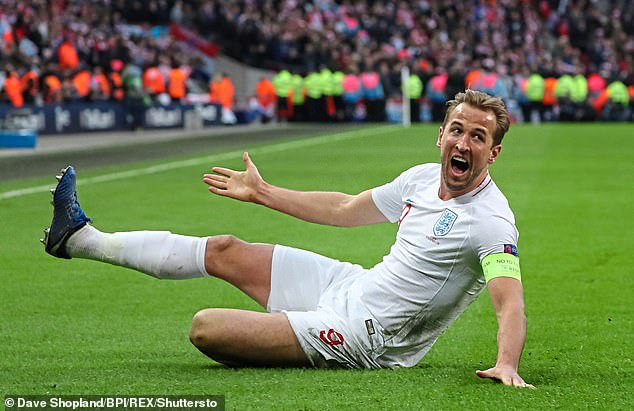 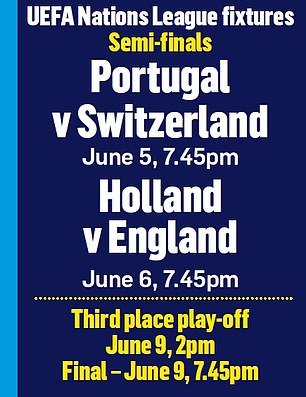 He is keen to stress that his is not an insular argument. ‘We shouldn’t ignore the fact that we’ve got some of the top coaches in the world working at our clubs as well,’ he said.

‘They’re helping not only to develop the players but to set an example for younger coaches who are developing in the academies. That is having an impact.

‘We suffered for years by never looking over the Channel to see what was going on, and now we have an open market that has proved a success. So I’m always mindful of the balance.

‘It is easy to make sweeping statements about people coming in and say, “That’s not right”.

‘We have to make ourselves employable as coaches and employable as players, but equally we have players who are good enough not getting a chance. So it’s not correct when people say, “If they’re good enough they’ll come through”. Some of their lads are getting through and it’s by chance rather than plotted.

‘We have seen Callum [Hudson-Odoi] and Ruben [Loftus-Cheek] come in with us and they have survived big matches, big European matches. There are quite a few players in our junior teams like them who we think can come through.

‘I understand completely that each of the Premier League clubs is a business in its own right — with its own aims and objectives that won’t necessarily align with what the national association want.

‘But our job as a governing body must be to protect the interests of both — to protect the club game but to give the national team and its importance for our people the right level of support and opportunity to succeed. I think that’s possible.

‘I think you can have a successful league and a successful pathway for the national team. That needs grown-up conversations and I think there are a lots of good people in football who are more than capable of having that. 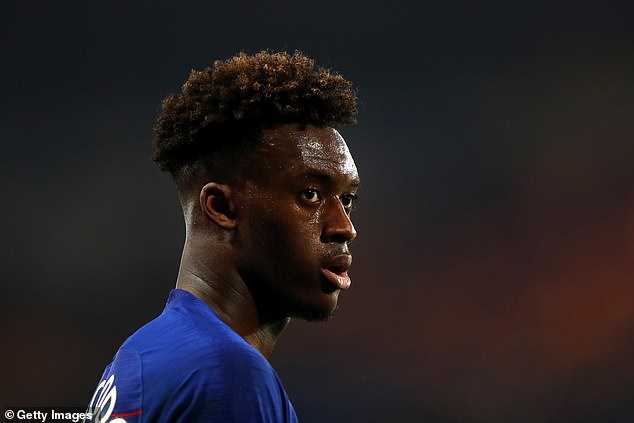 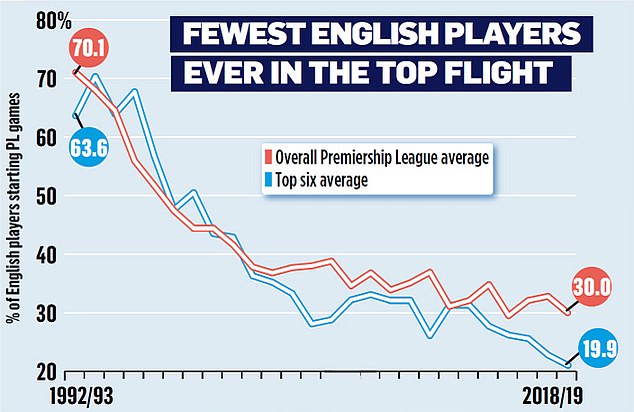