As if buskers on the subway wasn’t bad enough, now an airline has decided to inflict live music on travelers 35,000 feet up.

Southwest has come to an agreement with Warner Music Nashville that will see it expand the company’s series of pop-up in-air concerts.

Passengers, who will have no choice but to remain strapped into their seats during the shows will likely find themselves unable to fall asleep or concentrate on a film or book as music fills the cabin. 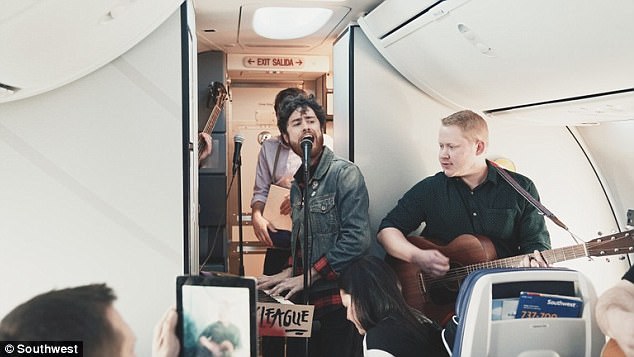 Whether passengers like it or not, they will be subjected to bands playing while at 35,000ft.

Reaction on Twitter was swift to mock the added in-flight amenity with CNN anchor Jake Tapper asking ‘What fresh hell is this?’

Another Tweeted the sentiments of many: ‘I just want more leg room!’ and a second pleaded, ‘Just let me take a nap or read my book in peace’.

One correspondent aptly wrote: ‘File this under ‘things no one asked for’.

Another Twitter follower appeared to fear that introducing music would usher in a whole new category of performances while airborne: ‘Jesus Christ. What’s next, improv?’

Passengers will have no idea if they’re to be subjected to the music sets until they’re well on their way and soaring towards their destination.

Southwest has been hosting in-air shows occasionally since 2011 and says that there will only be around 15-20 flights with live music a year out of 1.2million flights a year.

Billboard claims the series ‘has only grown in popularity over the past six years, as Southwest passengers hope that their flight will be one of the lucky ones to feature a sure-to-go-viral performance.’

To celebrate the announcement, Devin Dawson, a country music singer-songwriter ended up playing a show for passengers heading on a two hours flight from Nashville to Philadelphia.

Dawson performed his debut single All On Me, alongside a few other songs, for airline passengers. 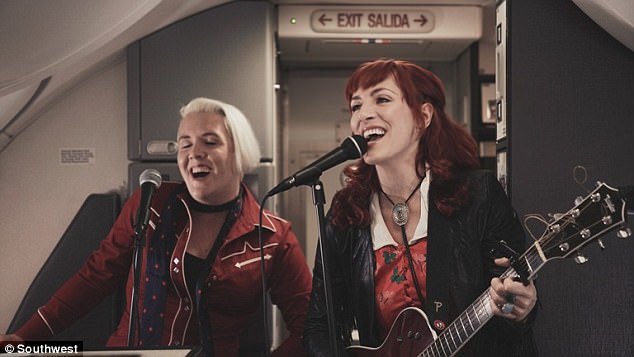 The concerts have been happening since 2011, but Southwest and Warner Music Nashville have now made a deal to make their midair concert series official 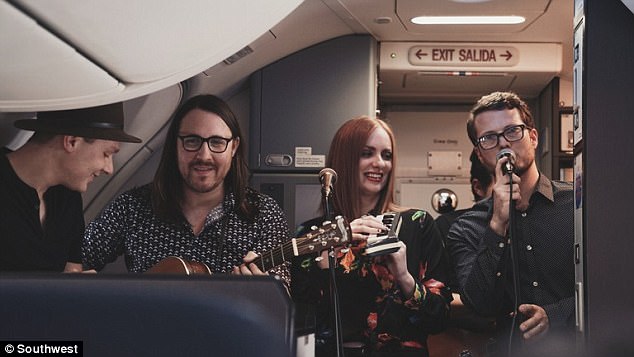 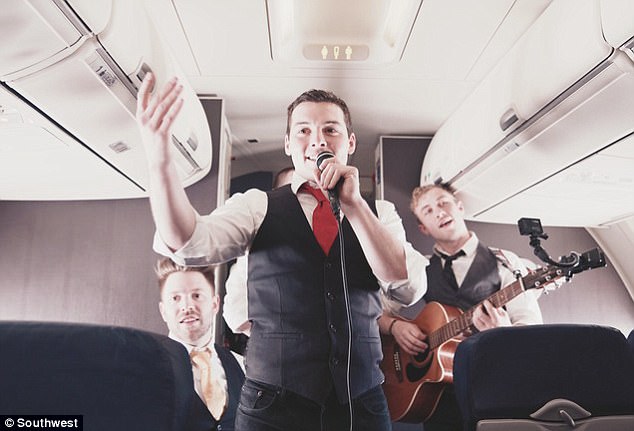 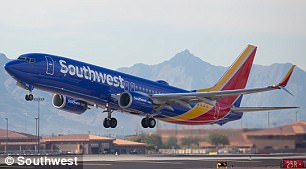 ‘You know, some people don’t really enjoy flying; some people get very nervous and don’t like it,’ Dawson told Billboard. ‘I hope that something like this concert is just a cool surprise for some passengers that helps them forget about their everyday woes, and I’ll just play a couple of songs to make them smile.’

‘The Employees of Southwest Airlines are already a part of our extended family,’ Marieke Bianchi, vice president of marketing  Warner Music Nashville.

‘No airline is more accommodating to our artists’ unique needs when traveling, whether it’s helping them with their guitars and gear, service animals or frequent schedule changes.’

It’s not clear how long the actual performance was or whether there was a break for the drinks cart to pass through.

The airline has said that people don’t need to worry about dealing with the music on their next flight – it will only be on about 15 to 20 a year out of 1.2 million. Still, you can’t stop Twitter