Friday marked the end of a historic week for Wall Street as gains in technology and material companies saw the S&P 500 index, Nasdaq, and Russell 2000 reach all-time highs.

One hot stock includes Netflix whose shares also rose 5.8 per cent on Friday, and gained more than 10 per cent this week – a result of the streaming service’s success overseas, according to CNBC.

A reason for the market climb is credited to a top Federal Reserve official who described the US economy as ‘strong’.

On Wednesday Wall Street reached a milestone victory as the current bull market in US stocks became the longest in history, with the market index on a high since March 9, 2009.

Friday marked the end of a historic week for Wall Street as gains in technology and material companies saw the S&P 500 index, Nasdaq, and Russell 2000 reach all-time highs 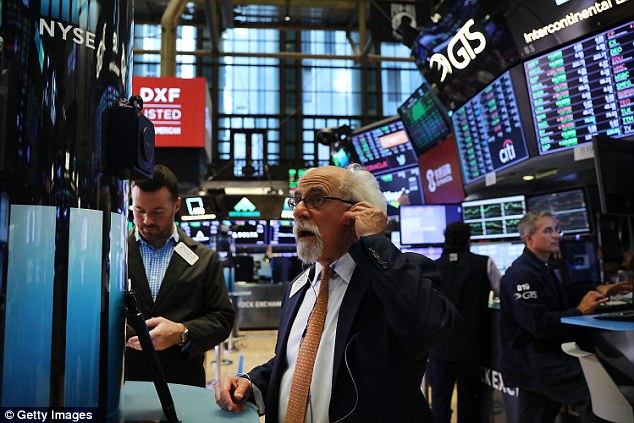 Traders pictured working on the floor of the New York Stock Exchange on Friday saw surges in the market as the S&P 500 rose 0.6 per cent to close at 2,874.69 on Friday – a record since January 26 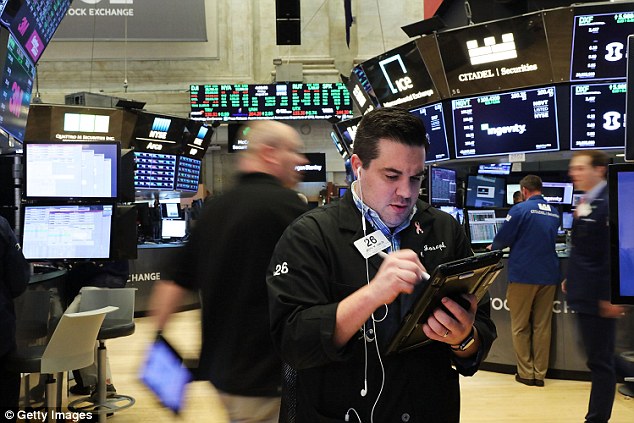 On Wednesday the bull market in US stocks became the longest in history, marking the 3,453th day the market index rose since March 9, 2009

Much of the market gains lied in technology companies, the best-performing sector in the market this year.

Furthermore the price of oil snapped a seven-week losing streak, finishing at about five per cent higher this week.

The stock market has been riding a wave of strong corporate earnings, even amid uncertainty over simmering global trade tensions. 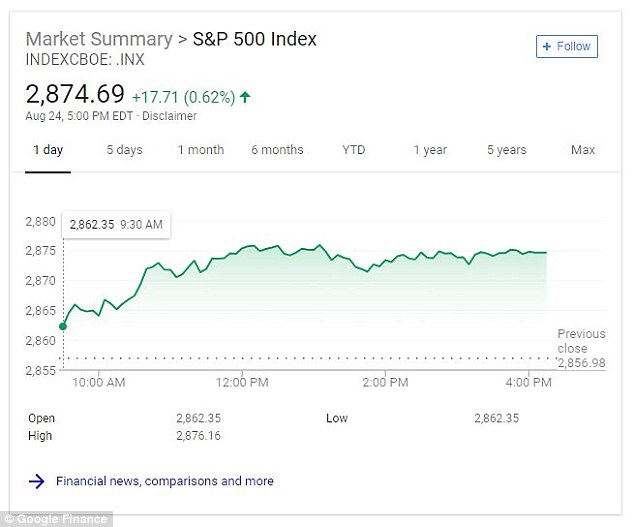 Since entering a correction in early February, which is defined as a loss of 10 per cent or more from a peak, the S&P 500 has mostly crawled higher, with some bumps along the way, thanks to a still-recovering economy and a boom in corporate profits.

More recently, stocks have been buffeted by concerns about mounting trade tensions this spring and summer, particularly with China. But investors have increasingly focused on strong corporate earnings growth.

Earnings at S&P 500 companies have surged 23 percent in the first half of this year versus the same period a year earlier, according to S&P Global Market Intelligence.

The string of all-time highs for the indexes underscore the resilience of the US stock market’s bull run, which started in 2009 and became the longest on record Wednesday. 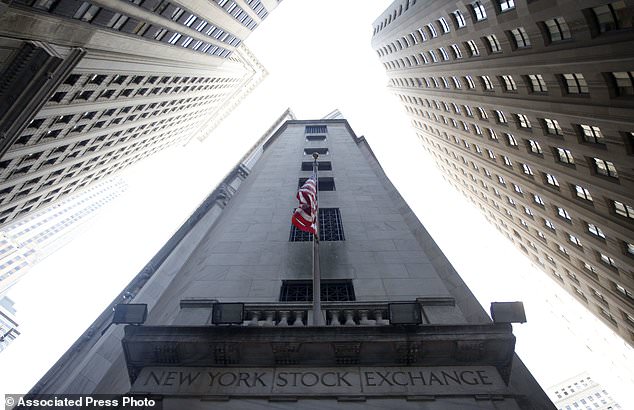 He announced at an annual conference of central bankers in Jackson Hole, Wyoming, that the Fed plans to stick with a gradual pace of rate hikes.

Powell said the central bank recognizes the need to strike a careful balance between its mandates of maximizing employment and keeping price increases stable.

And to do that the Fed would take a gradual approach to rate hikes.

Powell added that while annual inflation has risen to near the Fed’s 2 per cent target rate, it doesn’t seem likely to accelerate above that point. That suggests that Powell doesn’t foresee a need for the Fed to step up its rate hikes. Next month, the Fed is widely expected to resume raising rates

Some stocks that rose Friday include video game publisher Activision Blizzard which rose 4.1 percent to $74.09, materials sector company Albemarle picked up 2.4 per cent to $96, and software maker maker Autodesk surged 15.3 per cent to $157.20.

Some retailers fell after reporting disappointing earnings or outlooks.

Benchmark US crude gained 1.3 percent to settle at $68.72 per barrel in New York, snapping a seven-week losing streak and finishing at about five per cent higher.