The former owner of a massage parlor who allegedly marketed access to Donald Trump is living a ‘nightmare’ since the revelations emerged, her lawyer said.

Li Yang, whose family once ran a chain of South Florida day spas that authorities allege were used to host a prostitution ring, was also running a consulting business that offered businessman from China access to the president.

Orchids of Asia Day Spa founder Li Yang, 45, (seen in foreground with President Trump and a guest at Mar-a-Lago in February) brought a group of wealthy Chinese business people to a New York City campaign fundraiser in December 2017, it has been reported

Yang had sold that parlor years ago, and Kraft has pleaded not guilty to the charges against him.

She was later identified as having founded an international consulting firm called GY US Investments LLC.

The firm targeted Chinese business-people which advertised among its services access to Trump, his family members and administration officials at Trump’s Mar-a-Lago country club.

Her attorney, Michelle Merson, told ABC News that her client is now living through a ‘nightmare’ after she was perceived as linked to the alleged prostitution.

She she was also viewed as a national security ‘threat’ because of the questions of political access peddling – which, Merson said, is ‘far from the truth.’

She said: ‘Mrs. Yang loves this country. She has lived a very quiet life, doing good things for herself, her family and her community.’ 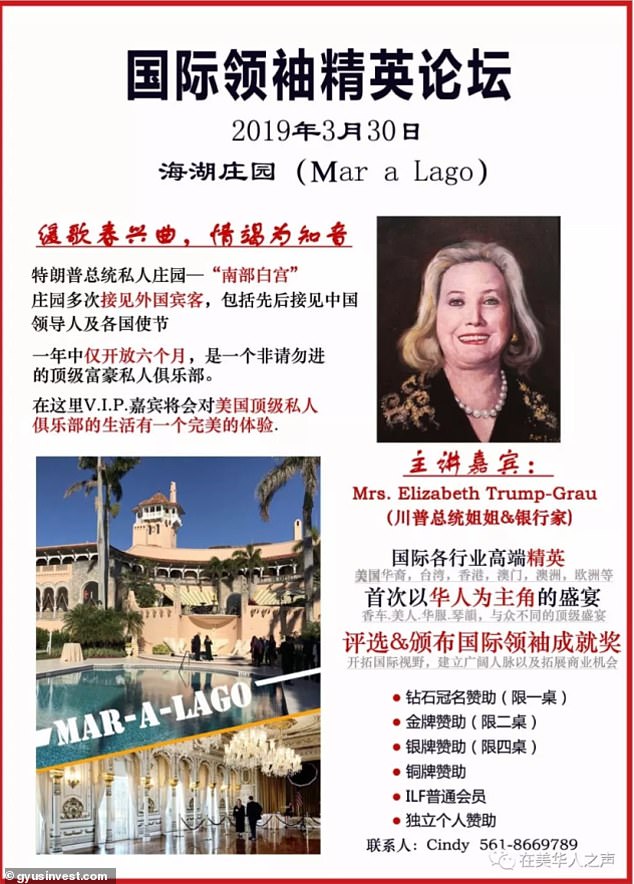 Yang’s consulting business, GY US Investments, promoted events at Mar-a-Lago, Trump’s estate in Palm Beach, Florida. Investors were led to believe they would have access to Trump’s inner circle. This flier promotes another event with Trump’s sister

Authorities have not accused Yang of any wrongdoing, and Merson told ABC News she was unaware of any contact between authorities and Yang.

Merson said Yang would cooperate with investigators if necessary to help ‘clear her name.’

The mostly Chinese-language website for the consulting firm has been taken down. 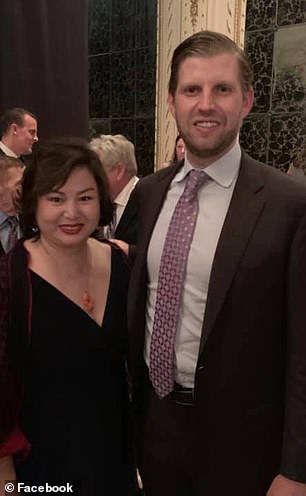 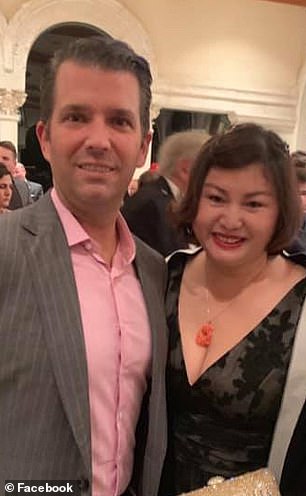 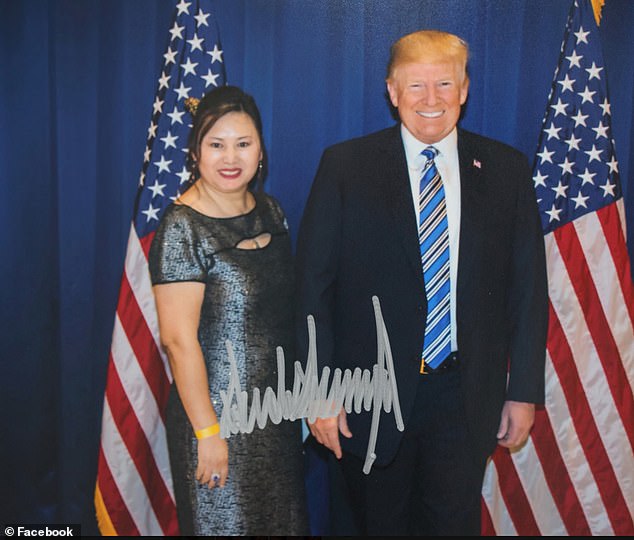 Yang, 45, is a frequent guest at Mar-a-Lago and has also visited The White House (as seen in the undated file photo above) and Trump Tower multiple times since President Trump took office

However an archived version reviewed by ABC News shows the company offered to secure dinners and access to events where Trump and Trump associates were present, according to a translation of the Chinese text.

The extent of Yang’s relationship with Trump and his associates is unclear.

Federal records show Yang and her family have contributed over $40,000 to pro-Trump and pro-Republican organizations since 2017.

Images from her Facebook page, now disabled, show her at various political events, including at Mar-a-Lago and posing with Donald Trump, his sons, and other prominent Republicans.

But Merson said Yang was not a friend of the president and had only taken photos with him like many other Mar-a-Lago attendees. 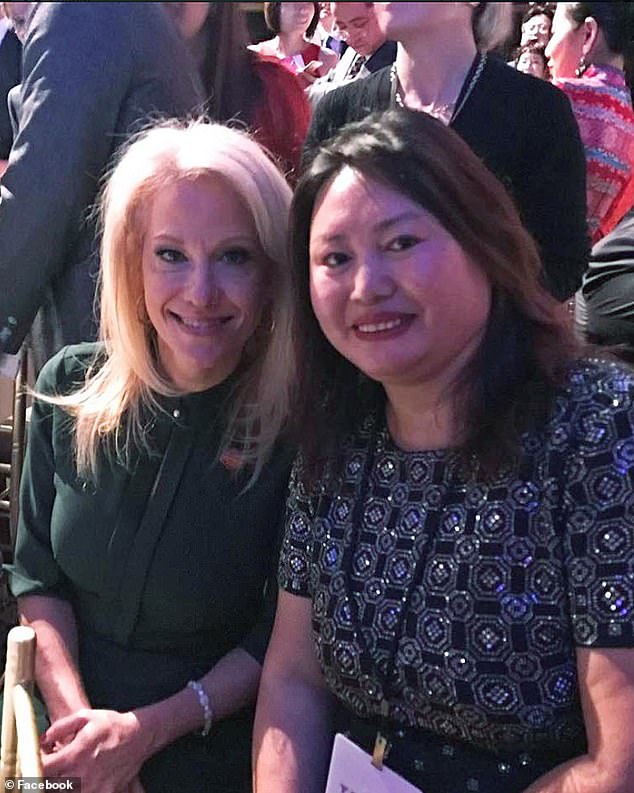 Yang and the ‘Yanne: The spa founder poses up with Kellyanne Conway at an event last year 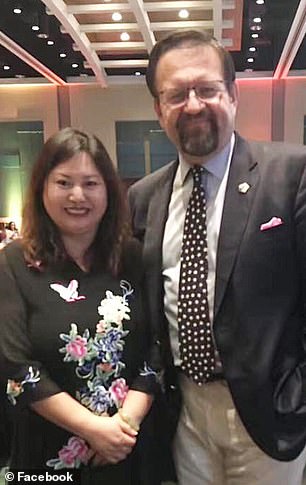 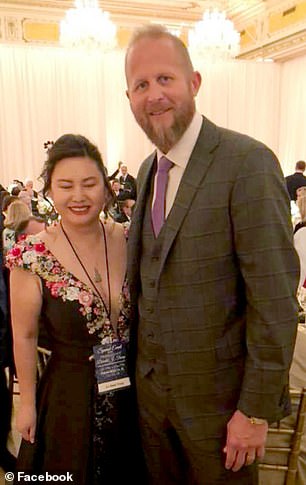 Behind the scenes: Yang attended events alongside the likes of Sebastian Gorka (left in 2017) and Brad Pascale (right in 2018)

Yang, 45, was in attendance at a fundraiser held at Cipriani restaurant in New York City on December 2, 2017, a person who was there told the Miami Herald.

She was also photographed at the event. The picture was circulated widely in Chinese-language media at the time.

Yang identified herself to other guests at the fundraiser as an official with the National Committee of Asian American Republicans.

The organization is a political action committee based in Washington, D.C.

According to U.S. law, it is illegal for foreign nationals to donate to political campaigns. 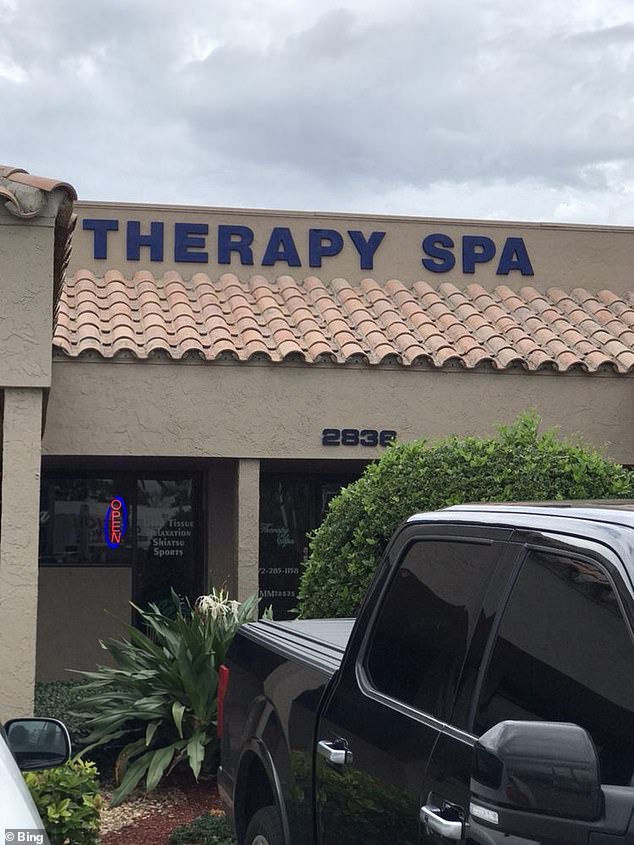 Yang’s Yang’s family sold the Orchids of Asia spa in Jupiter, Florida (above) in 2013. She founded the salon in 2009 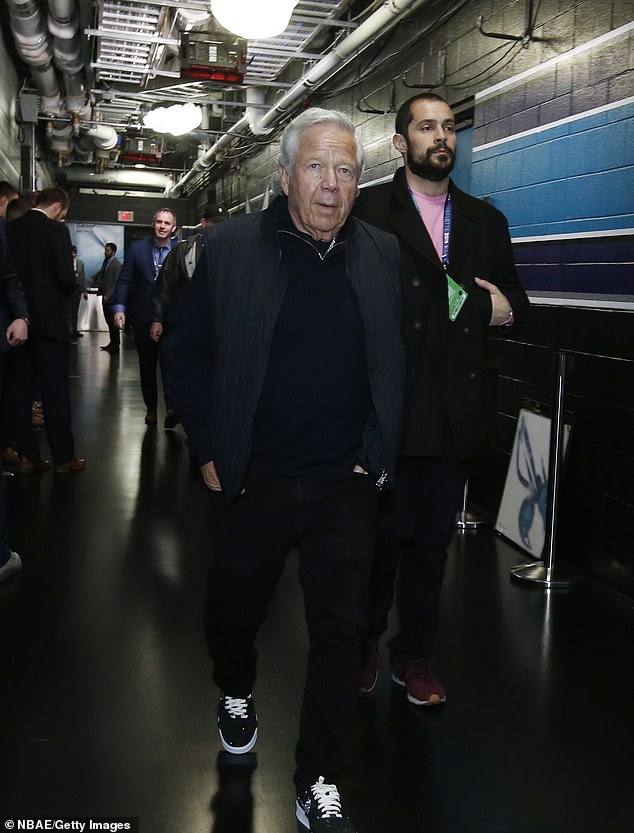 New England Patriots owner Robert Kraft, a friend of President Trump, was charged with soliciting a prostitute after he allegedly patronized a spa founded by Yang

While foreigners are allowed to attend fundraisers, it would be illegal for foreigners to reimburse a U.S. citizen for paying for their entry into a fundraiser.

Yang, who was born in China, is a naturalized American citizen.

Cliff Li, executive director of the National Committee of Asian Americans Republicans, told ABC News Yang that worked for the organization since 2015.

She first as a local fundraiser, and then in community outreach. He described Yang, who he said is no longer with the organization, as a “political novice” who got caught up in the excitement around Trump.

‘I can see that she got fascinated, because she resonated with the president because [of his] media personality,’ Li said.

Li said he was unaware of Yang’s consulting business, but said he was highly doubtful that she was connected to the Chinese government — as Merson said had been insinuated — or other nefarious activity.

‘I think it’s far-fetched, probably a misunderstanding somewhere,’ he said.

Trump’s longtime friend and Patriots owner, was charged with soliciting prostitution at the Orchids of Asia Day Spa in nearby Jupiter, which Yang had founded more than a decade earlier.

Authorities said Kraft visited the spa on January 19 and again on the morning of Jan. 20 and was caught on camera paying for oral sex.

He then flew to Kansas City, where his team was playing that night in the AFC Championship game.

Kraft has denied the charges and an arraignment has been set for March 28 in West Palm Beach.

Yang, who goes by Cindy, wasn’t charged in the multiagency anti-human trafficking operation that resulted in 25 arrests and shut down 10 Asian day spas in South Florida.

None of the spas are registered to Yang or her family. She sold the Jupiter spa to Hua Zhang around 2013. Zhang was charged with racketeering and running a house of prostitution and has pleaded not guilty.