A Space Race expert is claiming that John F. Kennedy originally wanted to hook up with the Soviet Union to put a man on the Moon, not have America be the first country to pull off the historic feat.

Historian John Logsdon, a former member of NASA’s Advisory Council and founder of the Space Policy Institute at George Washington University, told the Telegraph that Kennedy met with Soviet Union leader Nikita Khrushchev just 10 days after announcing his plan to send a manned mission to the Moon within the decade during his famous 1961 Moon Shot speech to Congress.

At the meeting, Kennedy supposedly asked Khrushchev to work together to achieve the goal, but Khrushchev turned him down, paving the way for the great Space Race, according to Logsdon.

A historian has said that John F. Kennedy (right) was serious when he asked the Soviet Union’s Nikita Khrushchev (left) to join forces in sending men to the Moon in the 1960s 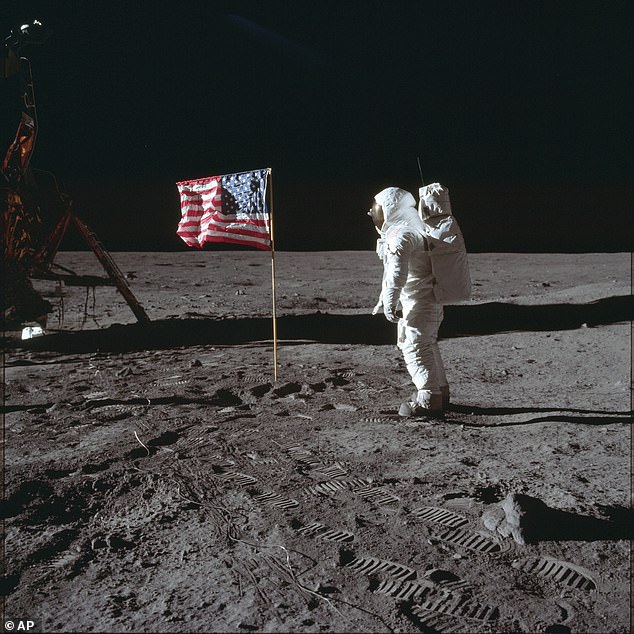 Kennedy made the first offer just 10 days after his 1961 Moon Shot speech to Congress. Khrushchev declined the offer, setting off the Space Race, which the US won in 1969 when the Apollo 11 mission landed on the Moon in 1969 (shown)

‘Kennedy met Khrushchev and said “why don’t we do it together? Khrushchev said no. I believe Kennedy was serious about that initiative. Others think it was propaganda,’ Logsdon told the newspaper.

But, two years later, in September 1963, Kennedy made the offer to join forces with the Soviet Union again, this time, during a speech to the United Nations.

The offer came when the Apollo program was on the brink of being cancelled and relations with the Soviet Union were improving in the wake of the Bay of Pigs invasion and the end of the Cuban Missile Crisis.

Logson suggested that the reason behind the second stab at working together was in aid of reducing costs and tensions between the two superpowers.

During the apparently forgotten United Nations speech, Kennedy said that ‘There is room for new cooperation, for further joint efforts in the regulation and exploration of space.’

Kennedy also said, ‘Why therefore should man’s first flight to the Moon be a matter of national competition? Why should the United States and the Soviet Union in preparing for such expeditions, become involved in immense duplications of research, construction and expenditure? 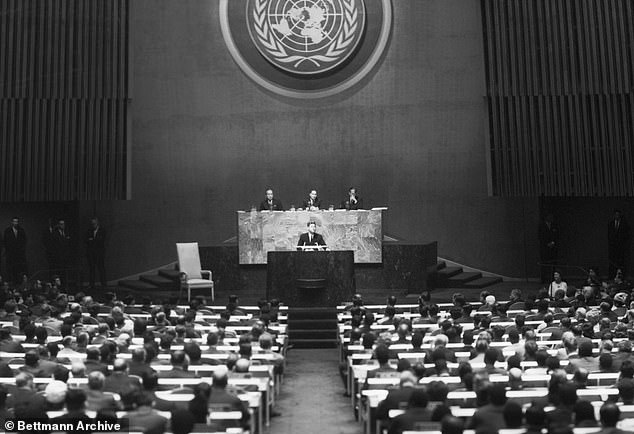 Kennedy (at podium) made his second overture to Khrushchev during a speech at the United Nations in September 1963, just two months before he was assassinated 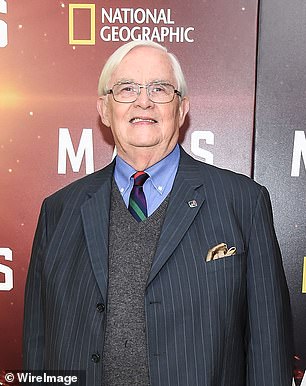 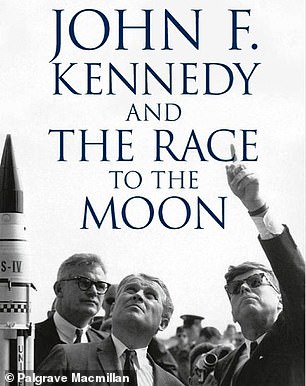 Historian John Logsdon (left) believes that Kennedy’s invitation to partner with the Soviet Union was genuine. Logsdon wrote John F. Kennedy and the Race to the Moon (right)

‘I believe Kennedy was serious about that’ offer, Logsdon said, adding that if Kennedy hadn’t been killed and ‘Khrushchev had said yes and stayed in power, would Apollo have turned into a cooperative undertaking? Would he have continued to pursue cooperation with the Soviet Union?’

Logsdon told the Telegraph that he believed that Kennedy would have wanted to work with the Soviet Union on the Moon Shot.

‘Could he have pulled it off, given the likely political criticism of his initiative in the US? We’ll never know,’ he said.

‘It is possible that only Kennedy’s assassination on November 22 prevented a joint US-USSR landing from taking place,’ Launius told the Telegraph.

Not everyone is convinced that the partnership offer was genuine though.

However others are less sure that Kennedy was serious about working with the Soviets.

‘I have heard rumors that Kennedy had planned a mission with the USSR but I don’t know how serious we can take it,’ London’s Science Museum’s Doug Millard, who curated the Cosmonauts: Birth of the Space Age exhibition, told the newspaper.

In the end, the United States beat the USSR to the punch, successfully landing men on the Moon on July 20, 1969.