Spacecraft spots Earth and moon from 40 MILLION miles away

A NASA spacecraft on its way to investigate a nearby asteroid has caught a remarkable glimpse at the orbital dance of Earth and the moon from far away.

In a new image shared today by the space agency, Earth and its only natural satellite are the two brightest specks in a black sky.

The Osiris-Rex spacecraft snapped the incredible photo from 39.5 million miles away, as it flew by at 19,000 miles per hour (8.5 kilometers per second).

A NASA spacecraft on its way to investigate a nearby asteroid has caught a remarkable glimpse at the orbital dance of Earth and the moon from far away. In a new image shared today by the space agency, Earth and its only natural satellite are the two brightest specks in a black sky

Osiris is on its way to the near-Earth asteroid ‘Bennu,’ in a mission to collect a 2.1-ounce sample and return it to Earth for study.

Asteroid Bennu is said to be a carbon-rich hunk of rock that might contain organic materials or molecular precursors to life.

Osiris-Rex captured the latest image with its NavCam1 imager on January 17 on its way to its target, which it’s expected to reach in August 2018.

They might not look like the Earth and moon as we know them – but, the two objects stand out in the pitch-black sky all the same.

In the photo, Earth is the largest, brightest object, with the tiny dot of a moon seen by its side. And, tiny bright specks can be seen all around, revealing the many surrounding constellations.

‘The bright cluster of stars in the upper left corner is the Pleiades in the Taurus constellation,’ according to NASA.

‘The bright cluster of stars in the upper left corner is the Pleiades in the Taurus constellation.

‘Hamal, the brightest star in Aries, is located in the upper right corner of the image The Earth-Moon system is centered in the middle of five stars comprising the head of Cetus the Whale.’

The spacecraft has been sending stunning views looking back at its home planet as it soars farther and farther away.

When it was just 3 million miles from Earth, or about 13 times the distance between our planet and the moon, it captured an amazing view of Earth and the moon ‘looking’ directly at each other. 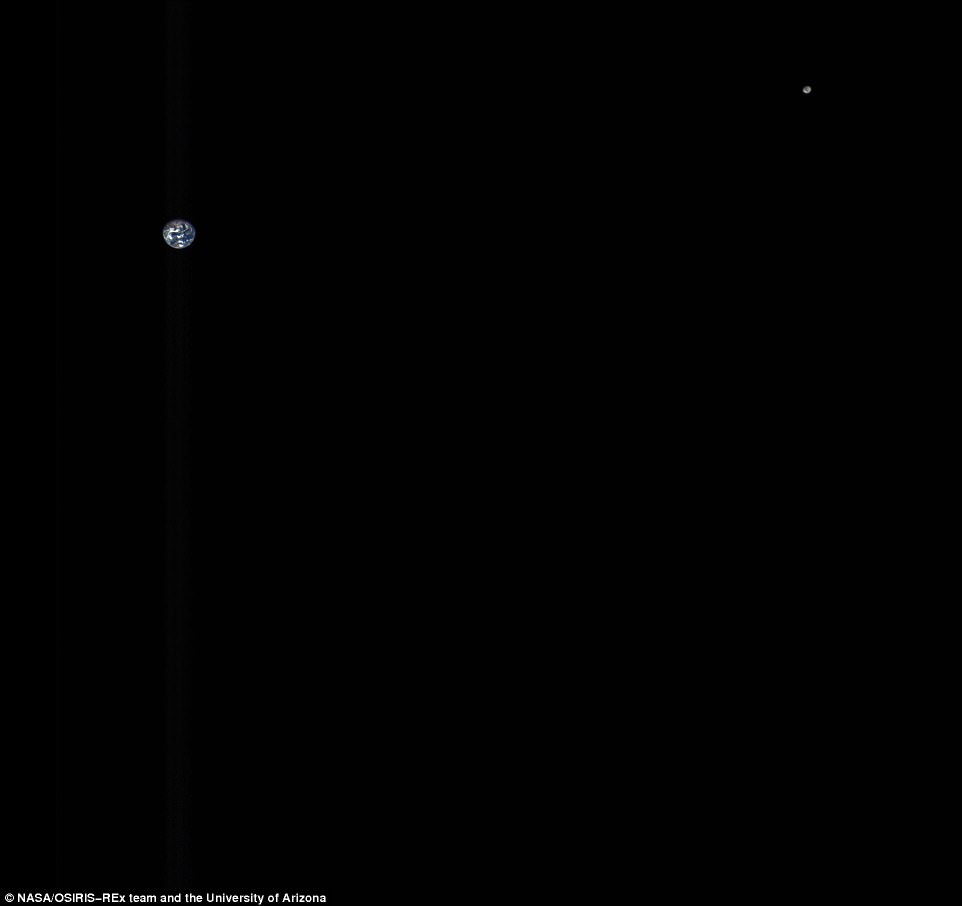 Three images (different color wavelengths) were combined and color-corrected to make the composite, and the Moon was ‘stretched’ (brightened) to make it more easily visible.

The spacecraft launched on September 8 at 19:05 EST aboard an Atlas V rocket.

OSIRIS-REx is a mission to figure out where we came from, as asteroids are remnants from the formation of our solar system.

‘But while the spacecraft might tell us some things about where we have been and where we are headed, it also can remind us of where we are right now,’ NASA said.

On September 22, the spacecraft captured a look at Earth just hours before completing its Earth Gravity Assist – a manoeuvre to help propel it towards Bennu – at a range of approximately 106,000 miles (170,000 kilometres).

The stunning view showed a view over the Pacific Ocean.

Osiris-Rex should reach the small, roundish asteroid next year and, in 2020, collect some of its gravel for return to Earth. 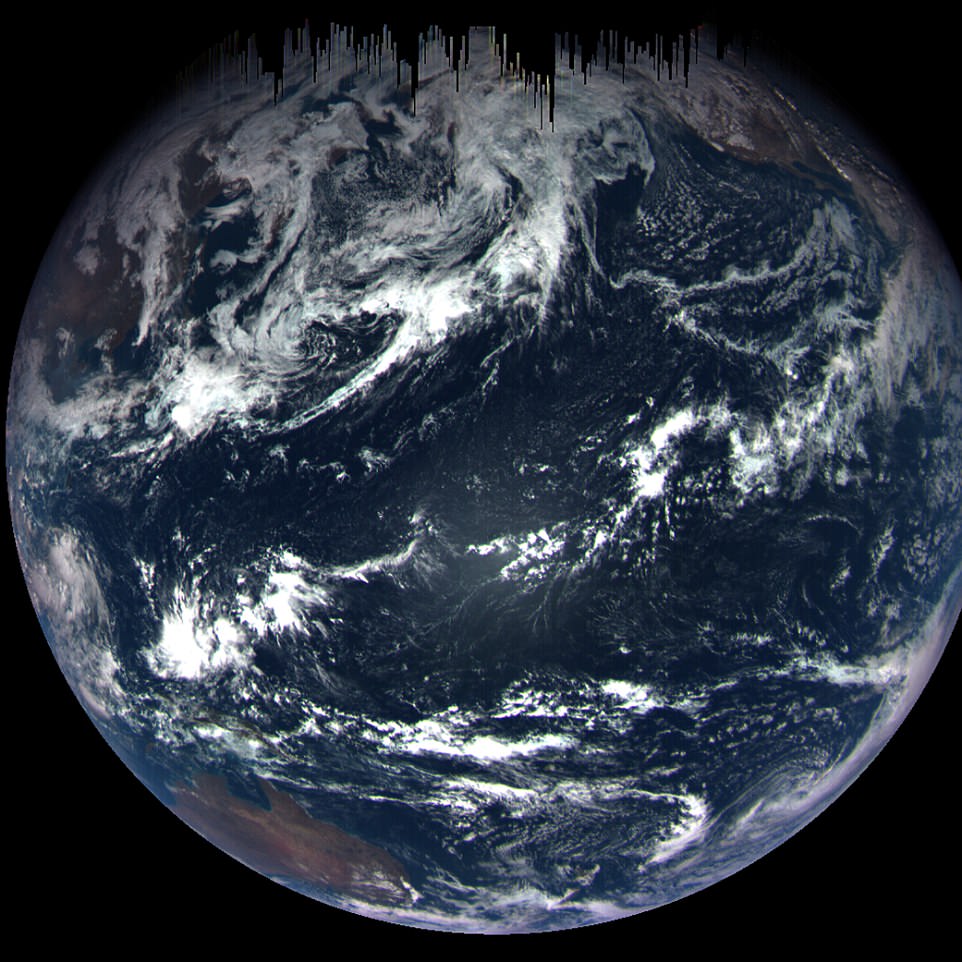 Nasa has published a stunning image captured by Osiris-Rex during its travels, showing our planet in breathtaking detail. Visible in this image are the Pacific Ocean and several familiar landmasses, including Australia in the lower left, and Baja California and the southwestern United States in the upper right

If all goes well, scientists should get the samples in 2023.

Osiris-Rex will go into orbit around the asteroid and seek the best spot for grabbing a few handfuls of the bite-size bits of rock.

It will hover like a hummingbird as a mechanical arm briefly rests on the surface and sucks in samples stirred up by nitrogen gas thrusters. Scientists say the ancient asteroid could hold clues to the origin of life.

It’s believed to have formed 4.5 billion years ago, a remnant of the solar system’s building blocks. This is the first US attempt to bring back samples from an asteroid. Japan has already visited an asteroid and returned some specs.