Elon Musk’s SpaceX just got one step closer to building a space internet.

The win comes after the agency initially delayed the project due to concerns over the satellite network interfering with competing systems.

Now, Americans may be able to access the internet from space as soon as 2019.

‘This is the first approval of a U.S.-licensed satellite constellation to provide broadband services using a new generation of low-Earth orbit satellite technologies,’ the top U.S. telecommunications regulator said in a statement.

The system would use 4,425 satellites, according to the FCC.

‘Satellite technology can help reach Americans who live in rural or hard-to-serve places where fiber optic cables and cell towers do not reach,’ Pai explained.

The endorsement came one year after the FCC had attempted to the delay the project due to concerns over interference.

Starlink is likely to work similar to Wi-Fi or wireless service on airplanes, Gizmodo noted. 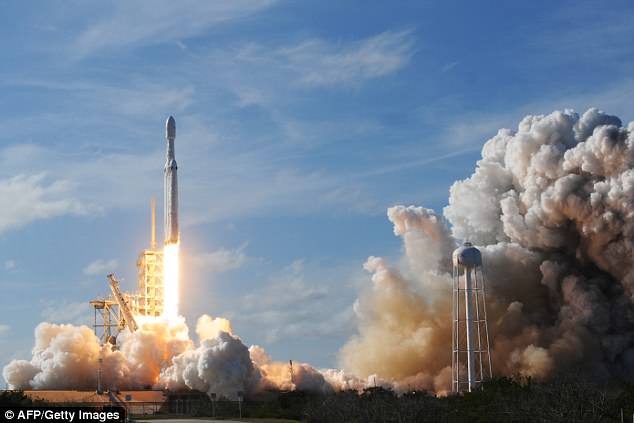 SpaceX launched the world’s most powerful rocket, the Falcon Heavy (pictured), in February. Now, Elon Musk’s space firm has been approved to build a broadband network of satellites

However, SpaceX has said that the network will have fiber-fast speeds.

The Federal Aviation Administration said on Wednesday that SpaceX plans to launch a Falcon 9 rocket on April 2 at Cape Canaveral, Florida.

‘The rocket will carry a communications satellite,’ the FAA said.

Each satellite in SpaceX’s planned group will weigh about 850 lbs (386 kg) and be roughly the size of a Mini Cooper.

Musk, who also heads up electric car firm Tesla, introduced its plans for a satellite-internet business several years ago in 2015, saying it would help fund a future city on Mars. 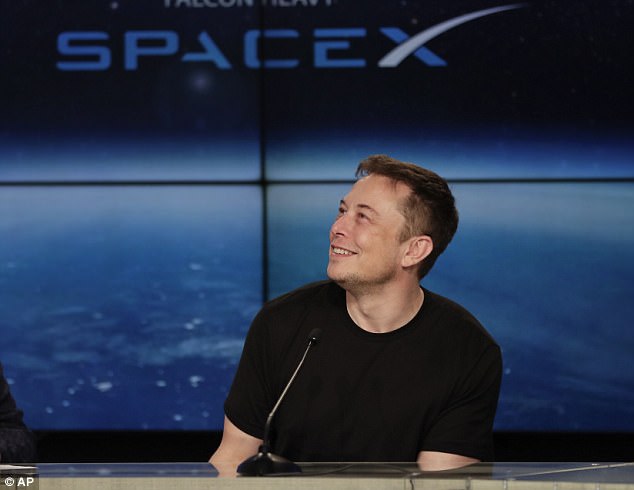 Elon Musk’s SpaceX, fresh off the successful launch this month of the world’s most powerful rocket, won an endorsement on Wednesday from the top U.S. communications regulator to build a broadband network using satellites

WHAT IS ELON MUSK’S PLAN FOR A SPACEX INTERNET?

SpaceX wants to launch satellite internet in 2019, with hopes to carry out the initial tests this year.

Each satellite in SpaceX’s planned group will weigh about 850 lbs (386 kg).

From this height each satellite will be able to cover an area on the ground about around 1,300 miles (2,120 km) wide. 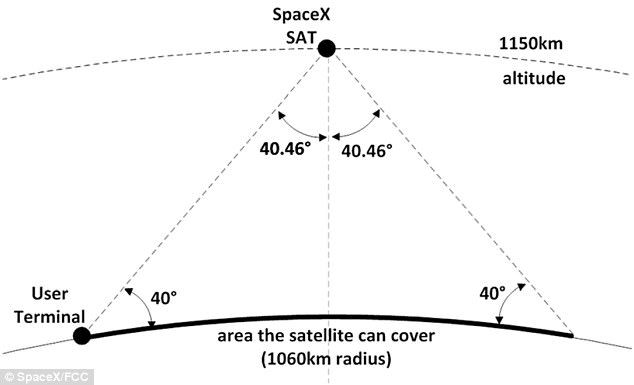 The satellites will orbit at altitudes ranging from 715 miles (1,150 km) to 790 miles (1,275 km). From this height each satellite will be able to cover an area on the ground spanning about around 1,300 miles (2,120 km). Pictured is SpaceX’s satellite internet proposal to the FCC

The project, which Musk previously said would cost at least $10 billion (£8.03 billion), was first announced in January 2015.

The plan hit a roadblock in September 2017 when US regulators expressed worries it will interfere with competing systems.

But in February 2018, Federal Communications Commission Chairman Ajit Pai proposed the approval of an application by SpaceX to provide the broadband services using satellites in the United States and worldwide.

SpaceX wanted to create a ‘global communications system’ that Musk compared to ‘rebuilding the internet in space’.

It would be faster than traditional internet connections, he said.

SpaceX expects to attract more than 40 million subscribers for Starlink by 2025, which could amount to more than $30 billion in revenue, according to the Wall Street Journal.

‘This is an important step toward SpaceX building a next-generation satellite network that can link the globe with reliable and affordable broadband service, especially reaching those who are not yet connected,’ SpaceX Chief Operating Officer Gwynne Shotwell said.

‘Although we still have much to do with this complex undertaking, this is an important step toward SpaceX building a next-generation satellite network that can link the globe with reliable and affordable broadband service, especially reaching those who are not yet connected,’ she added.

Both SpaceX and fellow rocket-making firm Boeing have recently submitted plans, with the latter proposing a fleet of 2,956 satellites. 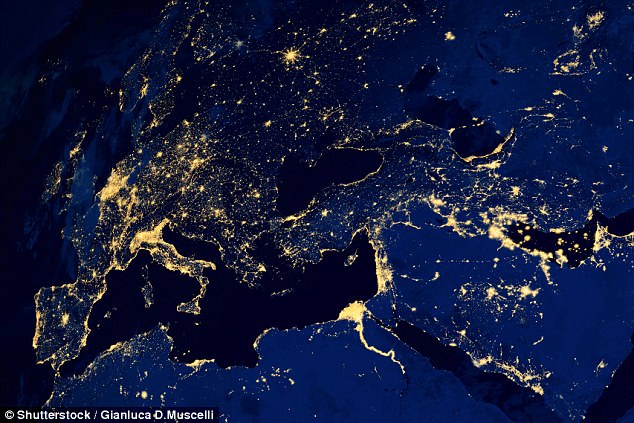 The system will be able to provide broadband service at speeds of up to 1 Gbps per end user, according to the original application to the FCC filed in November 2016. The aim of this network would be to provide high-speed internet to people around the world (stock image)

OneWeb, a company back by Virgin and Qualcomm, has asked permission to tap into the US market using thousands of UK-authorised satellites.

SpaceX plans to release more than 4,000 satellites into orbit in instalments between 2019 and 2024.

FCC has approved several requests to provide broadband services using satellite technology that the agency says ‘holds promise to expand internet access in remote and rural areas across the country’.

FCC Commissioner Jessica Rosenworcel, a Democrat, said on Thursday that the agency needs ‘to prepare for the proliferation of satellites in our higher altitudes’.

She highlighted the issue of orbital debris and said the FCC ‘must coordinate more closely with other federal actors to figure out what our national policies are for this jumble of new space activity’.