SpaceX rocket will shoot across Britain’s skies at 9.50pm TONIGHT

Britons will be able to see a rocket hurtle across the sky at 9.50pm tonight as it heads for the International Space Station.

The Falcon 9, the first manned space flight to leave US soil in nine years, is set for blast off from Cape Canaveral, Florida, at 21.33 BST (16:33 ET) this evening.

Elon Musk’s SpaceX is running the historic launch, which will be the first time a private company has put astronauts into space.

The Met Office has forecast clear skies for this evening, meaning the Falcon’s ascent should be visible across the country.

NASA and SpaceX are gearing up to send two American astronauts to the ISS aboard an American rocket. It will be visible in the UK at 9.50pm 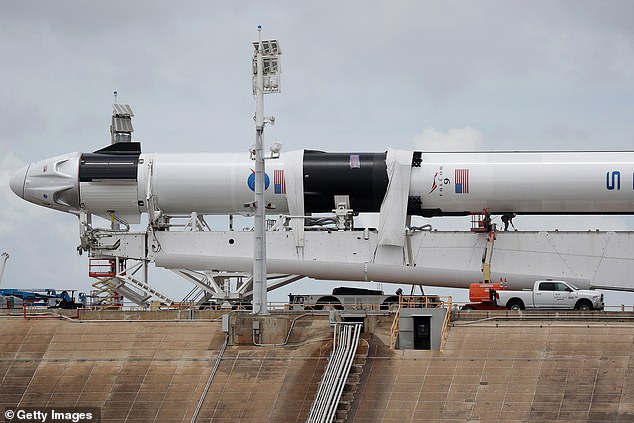 Pictured above is the rocket being prepared for launch at Cape Canaveral, Florida. It is set for blast off at 21.30pm GMT with a 60 per cent chance of favourable conditions 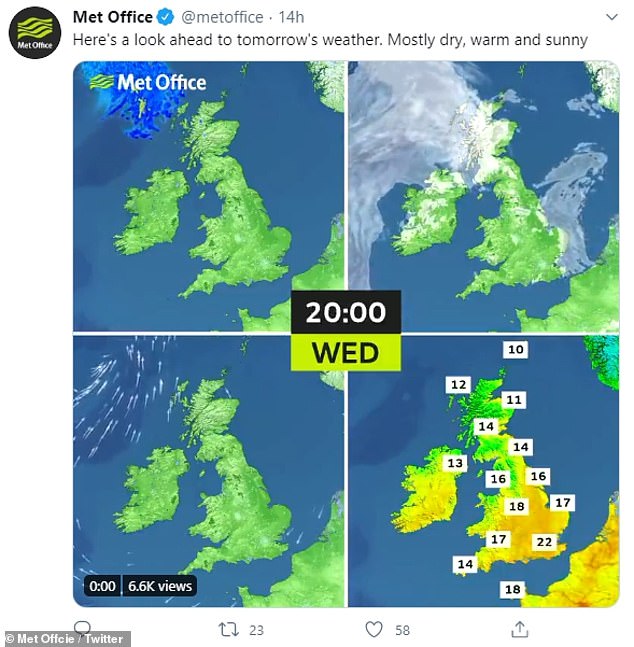 The Met Office has predicted clear skies for most of the UK tonight, meaning many will be able to view the rocket as it blasts into space

‘If you go outside at 9.50pm you’ll actually see it fly over if you look to the south-west!,’ he said.

‘In fact, if you go out at 9.30pm you’ll see the International Space Station fly over and then SpaceX will catch up.’

‘However, an area of rain will affect northern and western Scotland.

‘Elsewhere it is expected to remain dry although there is a signal for thin and patchy cloud from Kent to northern England and southern Scotland.’

A chart posted by the Met Office shows a dry and warm evening for Wednesday and clear skies, with partial cloud cover over Northern Ireland and Scotland. 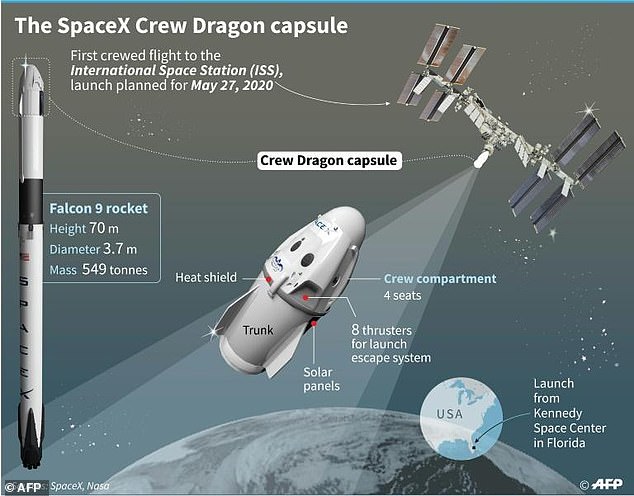 The launch, which is due to be watched by President Donald Trump, will also be streamed live through NASA’s TV channel.

Local weather conditions for the historic flight, which will carry astronauts Bob Behnken and Doug Hurley, are expected to be 60 per cent favourable ahead of the launch, which will take place at 4.33pm Eastern Time.

A thick cloud was hovering over Cape Canaveral Tuesday morning, but this is expected to shift in time for launch.

NASA manager Kathy Lueders said: ‘We’re burning down the final paper. All teams are a go, and we’re continuing to progress toward our mission.

‘I’m very proud of the team. We are continuing to be vigilant and careful, and make sure we do this right.’

Preflight checks on the rocket, its support and chilled water radiator were taking place yesterday. 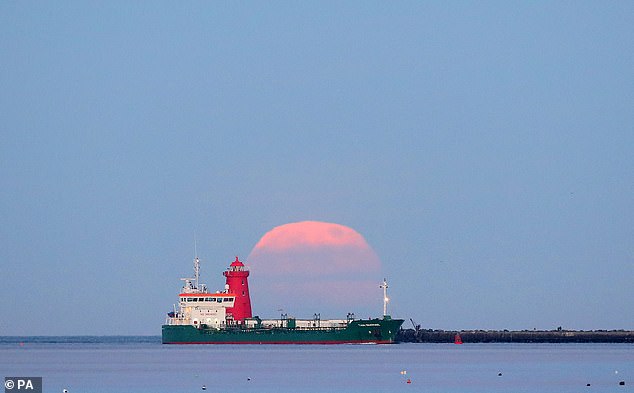 Earlier this month the final supermoon of the year graced the skies. It is pictured above overshadowing Poolbeg Lighthouse in Dublin Bay, Ireland 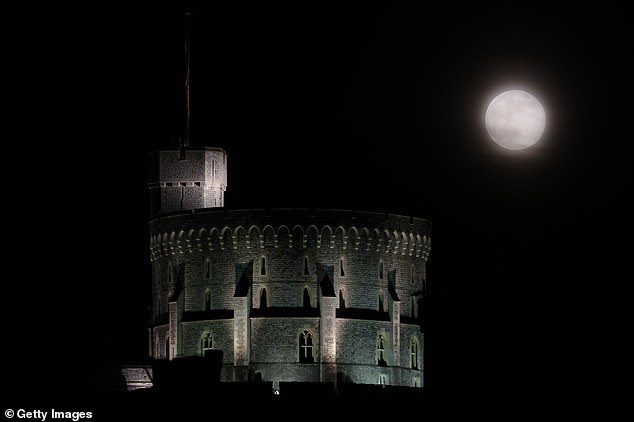 The SpaceX demo-2 mission will see the Falcon 9 rocket and attached Crew Dragon capsule shoot into space as part of NASA’s Commercial Crew Program, which sees the agency partner with private companies.

If successful, it will pave the way for future commercial partnerships and a new age of space travel.

The launch is the latest in a surge of exciting sightings in the UK’s night skies.

On May 7 Britons were able to view the third supermoon of the year, where the moon appears six per cent larger than normal. 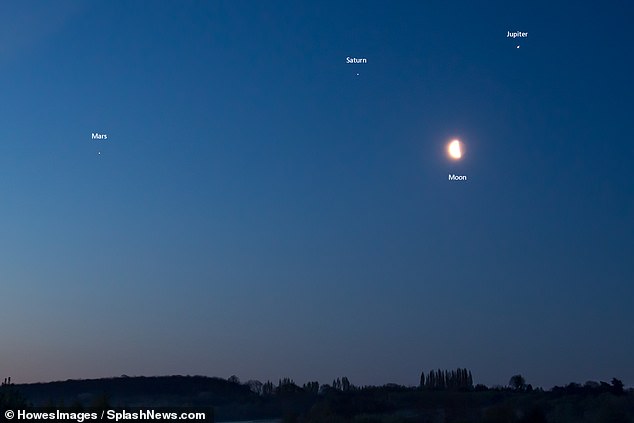 An incredible photograph, above, has captured the moment the planets Mars, Saturn and Jupiter aligned above a waning Pink Moon just before dawn this morning

And last month Mars, Saturn and Jupiter all appeared to align in the sky above a waning pink moon.

The juxtaposed planets – which are separated by millions of miles – remained in formation for almost a week.

However, their orbits then caused the three planets to separate. They will not appear aligned again until 2022.

The juxtaposition – the closest three planets will appear until 2022 – was captured over the village of Cobham in Gravesham, Kent.