SpaceX is dealing with a liquid oxygen shortage that is keeping its rockets grounded due to hospitals using it to treat patients suffering with COVID-19.

The news was revealed by the firm’s president Gwynne Shotwell during a Space Symposium panel Tuesday, per a video uploaded to YouTube by ExpovistaTV.

The Elon Musk-led company uses liquid oxygen (LOX) as an oxidizer to ignite liquid kerosene rocket propellant which powers the Merlin engines on its Falcon 9 rockets.

However, the liquid is also used in respirators for those suffering with COVID-19, as well as water treatments, and with the pandemic lingering for more than 18 months, supplies are running low.

‘We certainly are going to make sure hospitals have the liquid oxygen they need,’ Shotwell said during the panel discussion.

‘For anybody that has liquid oxygen to spare, would you send me an email?’ she added.

SpaceX uses ‘liquid engines,’ engines that use liquid propellant, to generate thrust in its Merlin engines, which are powered by kerosene.

The ‘rocket fuel’ is mixed with an ‘oxidizer’ in the combustion chamber, where they chemically react and make new molecules, including a gas.

The huge amount of gas produced, called ‘exhaust,’ can only escape out of a nozzle built into the back of the rocket.

The action of the exhaust shooting out exerts an equal and opposite force on the rocket, which propels it upwards. 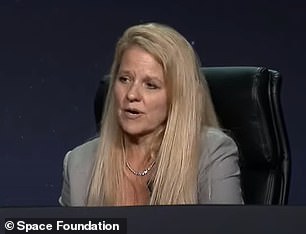 As SpaceX prepares for a major shortage that could lead to a pause in Falcon 9 rocket launches, so too are hospitals.

Hospitals are currently dealing with a spike in COVID-19 cases, due in part to the Indian delta variant, putting a strain on their supplies.

This has forced the hospital to increase its liquid oxygen reserve from 6,000 gallons to 9,000 gallon – but that will only last them two weeks, according to Stat News. 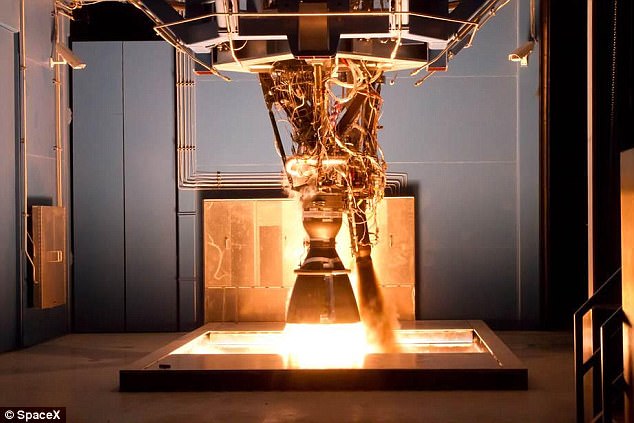 SpaceX uses ‘liquid engines’ to generate thrust in its Merlin engines (pictured), which are powered by Kerosene. However, the liquid oxygen (LOX) serves as the oxidizer – a crucial component to the process.

Mara Bryant, the operations executive at Adventist Health, which also runs a hospital in nearby Glendale, California, told Stat News: ‘When you’re talking about Covid, running out of oxygen would be your worst nightmare.

‘You need a high flow of oxygen to try to help people breathe as they fight the virus. But that’s a very heavy use.

‘Our problem was that we were consuming oxygen so fast, we started to get pressure fluctuations in our system. You don’t want to see that. Oxygen needs to flow regularly to be safe for patients.’