Older people wishing to retire abroad are more resolute about their plans now than after the Brexit referendum, new research on attitudes of would-be expats reveals.

Nearly half said Brexit was making them reconsider spending their old age abroad when polled two weeks ago. That is compared to three quarters who were having having second thoughts when surveyed straight after the referendum in summer 2016.

But Spain still tops the list of favourite destinations for people dreaming of a retirement abroad, as it has done in every similar survey carried out by financial giant Canada Life since 2013.

France and Portugal took the second and third spots, while the US fell three places to ninth spot, and Turkey was a new entry at number 10.

Australia and New Zealand took sixth and seventh places respectively, although expats to both these destination have their state pensions frozen from the date they arrived – a significant hit to their retirement finances.

Some 550,000 British pensioners living overseas miss out on annual state pension hikes, including those moving Canada and India, while others get the usual increases received by retirees in the UK.

One in five aspiring expats are unaware of this, according to the Canada Life survey. Read more here about the frozen state pension trap, including a full list of countries affected.

Andrew Tully, technical director at Canada Life, says: ‘Whether it be the hope of better weather, cheaper living costs or simply a lifestyle choice, many of us harbour desires to retire abroad.

‘Given the prevailing headwinds and uncertainty continuing to surround Brexit, it’s perhaps not a surprise to find the ‘B’ word having a big influence on peoples’ plans for retiring abroad.

‘Other things people will need to consider include a new set of retirement risks, whether that be local tax laws, feeling the pinch because of currency exchange rates or financial scammers.’ 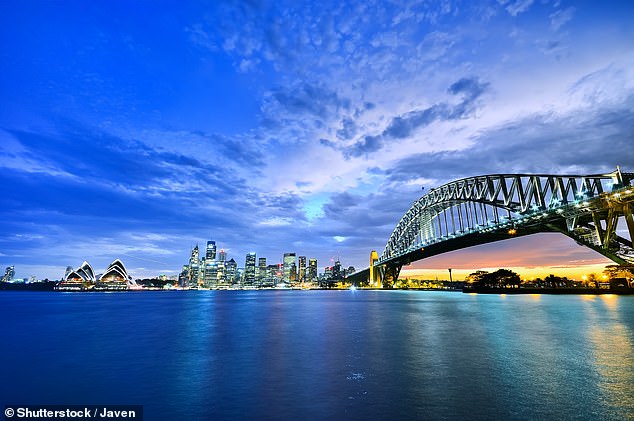 Desirable retirement spot: Australia is in sixth place, but retired expats will see their state pensions frozen from the date they arrive – read more here, including a map and list of countries affected

Tully urges people thinking about retiring abroad to check out reciprocal social security agreements, such as whether state pension will be uprated every year.

State pensions are frozen when you first retire or move abroad if you decide to live in certain countries, forcing many to struggle with the cost of living or give up and return home

This means some expats who retired when the basic rate was £67.50 a week in 2000 still get that, rather than the £129.20 now received by others who retired that year.

This is because the Government has struck individual deals with some countries but left around 150 others out in the cold.

British expats who move to EU countries, plus a few others like Switzerland and Norway, do not have their state pensions frozen at present.

Tully says: ‘As part of the Brexit negotiations, reciprocal social security agreements have been reflected in the Withdrawal Agreement, and in the event of a no deal the UK has stated it would preserve the uprating of the state pension. 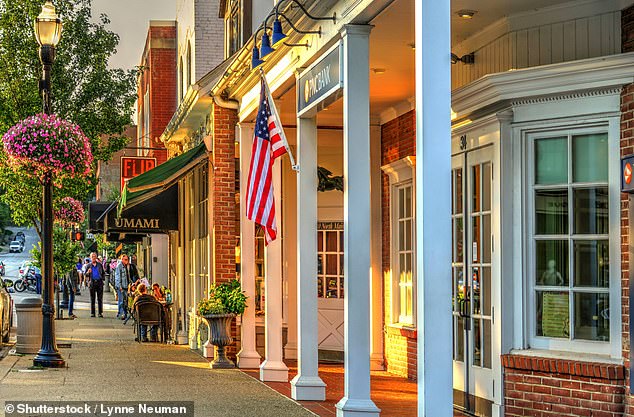 Faller: The US dropped three places to ninth spot compared to last year

‘But it’s worth keeping in mind how your financial position would be affected by changes to these agreements, [and] how incomes currently paid in sterling would be impacted by currency exchange rates, as well as how your UK state pension may not keep pace with cost of living increases.’

Earlier this month, Canada Life surveyed around 1,000 over-50s who are thinking about spending their old age overseas, and found 45 per cent were reconsidering if they should do so due to concern over Brexit.

In July 2016, immediately after the referendum, it polled people with the same ambition aged 45-plus, and found some 77 per cent were rethinking their decision in light of the result.

Find a to-do list if you are considering retiring abroad below.

What will happen to expats’ pensions after Brexit?

Under the EU withdrawal deal, if it was passed, the UK would carry on increasing the state pensions of people living in the EU and those who move there in future.

That is ‘subject to reciprocity’, which means EU countries doing the same thing for their citizens who live in the UK.

If there is a no-deal Brexit, the Government said in guidance published last December that it would uprate the state pensions of UK nationals living in the EU in 2019 to 2020.

‘We would wish to continue uprating pensions beyond that but would take decisions in light of whether, as we would hope and expect, reciprocal arrangements with the EU are in place,’ it added.

Details of the Government’s stance on this are here.

Meanwhile, expats in Europe face losing access to private pensions and other financial services in a no-deal scenario, according to a technical paper on Brexit preparations published last summer.

But Association of British Insurers members have tried to mitigate the risks that pension and insurance deals could enter a legal limbo after a no-deal Brexit.

It says: ‘As an industry we have done everything possible to prepare for no deal, including transferring an estimated 29million insurance contracts and the establishment of nearly 40 EU subsidiaries and branches to minimise disruption to customers.’

But the industry body adds: ‘There are some consequences the industry cannot overcome itself and we continue to urge the Government and EU to do everything it can to avoid a no-deal scenario given the disruption it would cause to customers.’

The ABI says expats should contact their insurers direct if they have any questions about their Brexit preparations.

What should you consider before retiring abroad?

1) Get an estimate of your state pension here.

2) Seek independent financial advice before you move – to find an adviser go to www. unbiased.co.uk – you can search for experts on expatriate finance

3) Tell HM Revenue and Customs that you are moving overseas. This allows them to let you know of any UK tax liability you may have even though you planning to live overseas. And more importantly can allow any UK pension you have to be paid gross (no tax deducted) and taxed in your country of residence (only applies if the country you live in has a double taxation agreement with the UK).

5) Find out about your welfare rights while abroad

6) Keep an eye on exchange rates

7) Check the cost of healthcare in the country you are thinking of moving to, and consider some form of medical insurance

10) Notify utility companies, financial institutions and your local council when you are leaving

12) If you plan to keep an account at your UK bank, contact it and ask if you will face any new rules or restrictions after moving abroad