Spain’s Valencia for £100 a night: It equals Barcelona for architecture and has the greatest paella

Spain’s third largest city is one of the most exuberant

Apologies to Gaudi and other devotees of Barcelona, but Valencia is every bit the equal of the Catalan capital when it comes to buildings that stop you in your tracks.

Spain’s third largest city is also one of the most exuberant, blending daring designs with superlative seafood, sensational street art and the greatest paella you’ll ever taste.

Some locals claim this place is a mere hostel. Not a bit of it.

It’s a superb value hotel just a few minutes’ walk from the City Of Arts And Sciences complex. 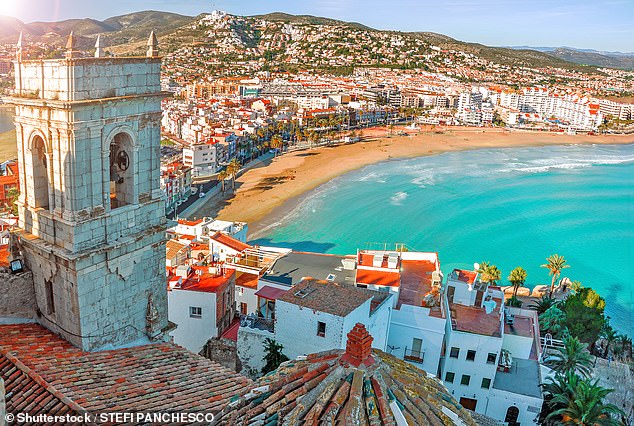 Rooms are white, minimal and Scandi in design, while the staff are a font of local knowledge, encouraging you to use the (cheap and safe) bus network rather than taking cabs.

The exterior of this huge complex screams corporate tedium. But inside is vastly more creative, with a spooky, galactic-sized reception area, with indoor and outdoor pool, plus late checkout of 2pm. 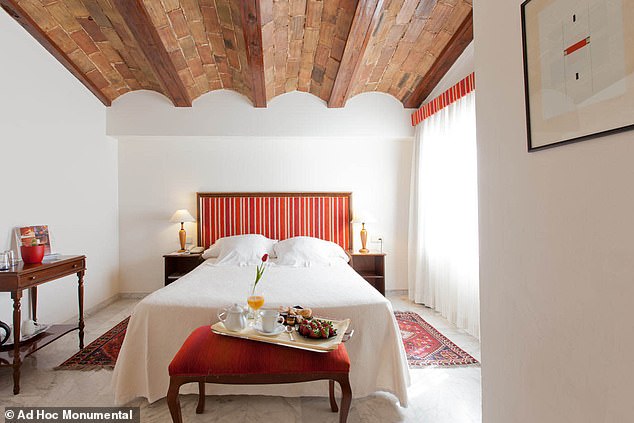 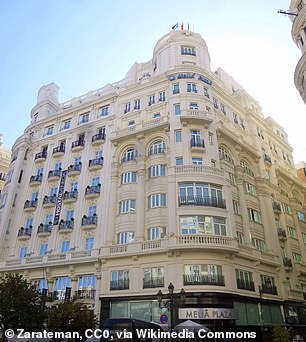 The wedding cake facade of the Melia Plaza hotel, where rooms are priced from £99

There’s nothing monumental about the size of this bijou, late 19th-century townhouse. Close to the gardens on the dry Turia riverbed, there’s a rickety charm about the curled ceiling beams, tiled floors and patio garden. Oozing old Valencia character, it’s on a side street that’s surprisingly quiet for somewhere so central.

There aren’t many European cities where a room bang in the centre is yours for under £100 but Melia Plaza manages the feat with panache in a wedding cake building with an outdoor terrace with knockout views over the city.

Breakfast is a mighty £30 extra, so walk across to Placa de l’Ajuntament for a huge jamon Iberico bocadillo at the Beher cafe for £4.20.

City Of Arts and Sciences 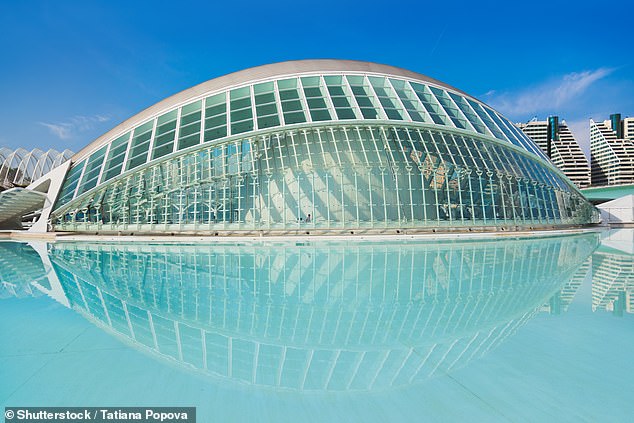 Valencia’s City Of Arts and Sciences is an other-worldly complex that’s home to the l’Hemisferic planetarium (above), the Palau de les Arts opera house and more

Dominating the expanse of the old Turia riverbed, stands an other-worldly complex composed of lagoons, lush gardens, the l’Oceanografic aquarium and marine park, the l’Hemisferic planetarium and the Palau de les Arts opera house (£36, for three-day pass to all main museums, cac.es).

Girls with trees sprouting from their hair, decomposing drum kits, skeletons in pork pie hats… just some of the hundreds of examples of street art that line the walls of the El Carmen neighbourhood. Free walking tours Monday and Friday at 4pm (freetourvalencia.com). 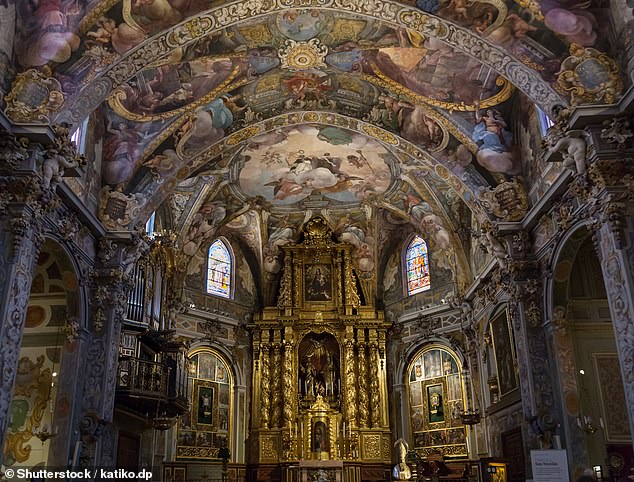 It’s just 45 minutes by bus from central Valencia to this wetland retreat, home to herons, egrets and raffish-looking flamingos. Try paellas made the old-school way with rabbits and snails in the 200-year-old restaurant of La Genuina (restauranteslagenuina.com) in nearby Pinedo. A vast bowl is just over £10. 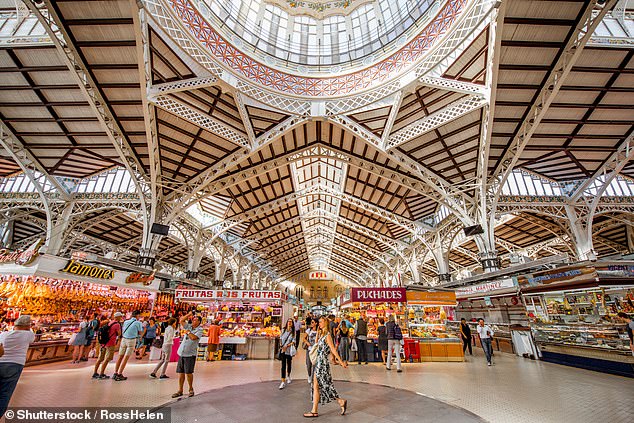 Get lost amid the aisles selling giant jamones, cuttlefish, oranges and cheeses in the Mercado Central

This Art Nouveau behemoth has been serving up the finest local produce for a century and is one of the largest covered markets in Europe. You’re bound to get lost amid the aisles selling giant jamones, cuttlefish, oranges and cheeses, but do keep walking until you find the Central Cafe.

Be prepared to wait for a bar stool at the counter, but it’s worth the queue for a pork loin, onion, mustard and cheese sandwich for just £5.50 (m.centralbar.es). 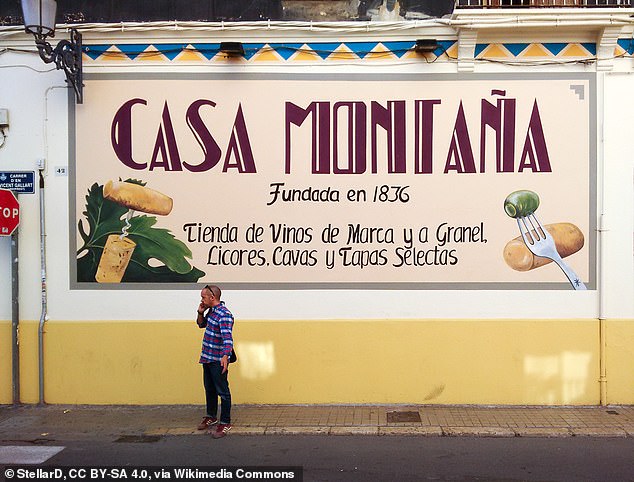 Casa Montana is a 19th-century bodega that’s known as one of the best tapas bars in the city. Picture courtesy of Creative Commons 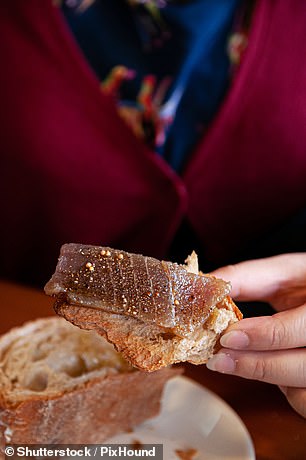 Right in the middle of the timeless El Cabanyal neighbourhood lies one of the best tapas bars in the city. Casa Montana is a 19th-century bodega where fried anchovies and codfish croquette tapas dishes are around £2 each (emilianobodega.com).

Around for a century, this is a favoured haunt of locals on their way to watch Valencia CF play football. One of the best spots in Valencia to try almuerzo — the tradition of eating a huge sandwich between breakfast and lunch.

As long as a giraffe’s neck, they start at just £8 for a cofrade filled with white pork loin, serrano ham and tomato that will keep you stuffed until evening tapas time (pedidos.bodegalapascuala.es).

British Airways (ba.com) flies direct to Valencia from London Heathrow and Gatwick with return flights from £91.17. More information at visitvalencia.com.