A single father was left outraged after police stormed his hotel room because he checked in with his teenage daughter.

Jon Coupland, 58, of Spalding, Lincolnshire, travelled to Nottingham for work earlier this week.

He checked in to the Jury’s Inn with his daughter Jessica, 13, after she asked to come with him so she could take advantage of the city’s shops.

But he was horrified when minutes after check-in, police officers stormed their room following reports of ‘suspicious behaviour involving a child’.

Mr Coupland has had custody of Jessica since she was three-months-old and says he has never experienced such ‘disgusting’ treatment.

Jon Coupland, 58, of Spalding, Lincolnshire, travelled to Nottingham for work earlier this week, bringing his daughter Jessica, 13, with him

He said: ‘I have never been made to feel like this in the whole time I have had custody of Jessica.

‘No one has ever questioned me or made me feel like this before. I was coming to Nottingham for work and Jessica said she wanted to come with me so that she could do some shopping before she went back to school.

‘I decided to book the Jury’s Inn as it looked like a good location and then when we got there I was checking in and they asked for ID.

‘I was quite taken back by it but I went out to my car to get my driving licence with a picture of me on and showed them that. It was all fine. We checked in and went up to the room.

‘About an hour later there was a knock on the door and four police officers stormed in with the manager and they started interrogating me.’

Mr Coupland says Jessica, who is half Thai, was extremely upset by the incident and was left in tears.

He continued: ‘I am absolutely disgusted by the behaviour of the hotel and the police. We were made to feel very unwelcome and they knew I was her dad but they kept asking questions.

‘I felt that it was like what happened before all over again. They would not have done this if my daughter wasn’t half Thai.

‘It was awful. They made such a scene and it was very embarrassing for her and for me. I want everyone to know about this and the way we were treated.’

The ordeal brought back bad memories of when Jessica was six and Mr Coupland was falsely accused of abusing her.

Social worker Suzi Smith falsely claimed she saw the single father sexually assault his daughter and he was handcuffed, publicly humiliated and interrogated by police for hours.

Mr Coupland claims Ms Smith made the allegation after he criticised the way she handled the custody battle between him and Jessica’s mother, Kajchi Jiraekkaphob, an illegal immigrant from Thailand. 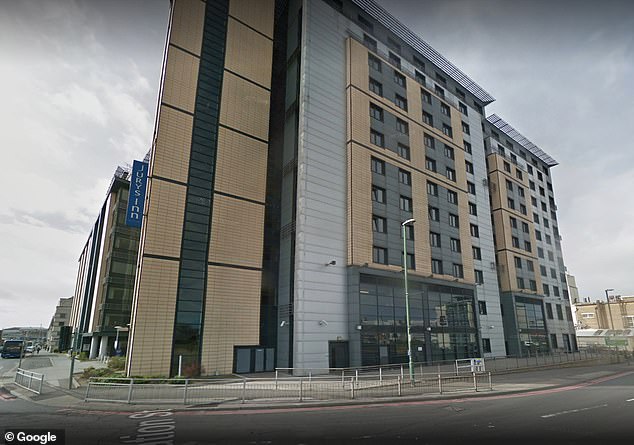 He said at the time: ‘I was manhandled by three policemen and dragged out of my house in handcuffs.

‘It was humiliating. My neighbours saw and parents at Jessica’s school turned on me.

‘It was a completely false story of lies but my daughter could have been fostered and I could now be in a paedophile wing of a major prison because of this social worker.’

He was later given an £86,000 compensation payout.

On Wednesday they decided to leave the hotel and stayed at the Premier Inn instead where they had no problems.

A police spokesman confirmed that police attended the incident following a report of ‘suspicious behaviour’.

The spokesman added: ‘Nottinghamshire Police was called to Jury’s Inn, Waterfront Plaza, Nottingham city centre, at 6.45pm on Wednesday, August 28  following a report of behaviour which was perceived as suspicious where a child was present.

‘Officers were quick to arrive at the scene and established that the child was safe and well and no offences had been committed.

‘Nottinghamshire takes child welfare very seriously and will respond to any reports of concern from the public.’

A spokesman for Jury’s Inn added: ‘As this matter was dealt with by the police, it would not be appropriate for us to comment.’