An alleged paedophile accused of trying to abduct an eight-year-old girl from a popular Spanish tourist spot as she walked with her mother has been remanded in jail.

The 73-year-old Spaniard had been released from jail just days before he allegedly tried grab the youngster by the arm.

He ran away after a struggle with people who rushed to help, but was detained in a nearby street by officers.

They found he was carrying scissors, latex gloves and Viagra-type pills. 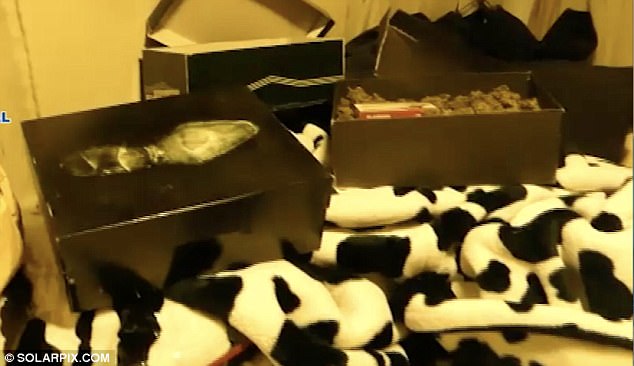 A gun, sex toys and brand-new children’s toys were found by officers (pictured are some items filmed during the search)

A gun, sex toys and brand-new children’s toys were later found during a search of his camper van.

Detectives confirmed the man had worn a disguise during the alleged attempted abduction, consisting of a dark hat, sunglasses and large scarf.

The incident happened at about midday on Saturday in Luceros Square in Alicante’s city centre, where famous firecracker displays are held every year.

The pensioner was recently bailed after being arrested on January 9 for luring two young teenage girls into his mobile home.

He is said to have offered them drugs and money in exchange for sex but was released two days later pending an ongoing investigation. 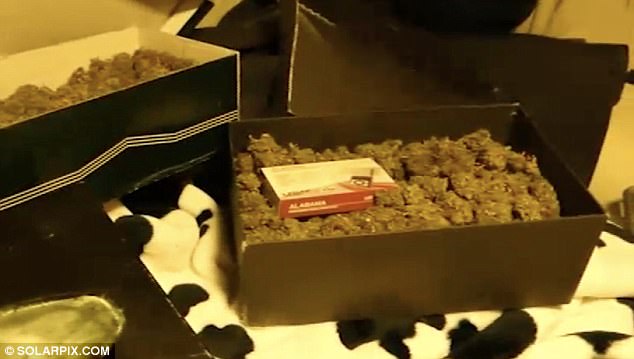 After detaining the man, officers found he was carrying scissors, latex gloves and Viagra-type pills (pictured are items found in his camper van) 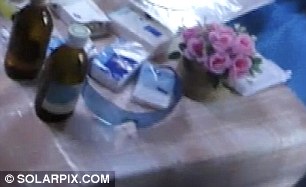 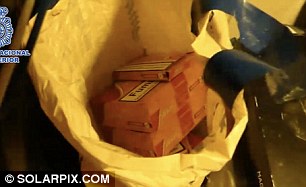 The pensioner is said to have previously tried to lure two young teenagers back to his camper van for sex by plying them with drugs. What appears to be medication bottles (left) and multiple packs of cigarettes (right) were filmed by officers during the search

Now the man has been returned to custody in relation to this latest allegation after appearing before an investigating judge in a private hearing.

He is believed to have denied trying to abduct the youngster and insisted he just had a brief conversation with her outside a shop in the square.

The nationality of the child has not been revealed and the man has been identified locally only by his first name and initials: Joaquin T.G.

Respected Spanish daily El Pais, citing sources close to the case, said he had been living in his camper van since his wife kicked him out of the marital home.

She reportedly discovered he had allegedly been been having sex with under-age girls.

A spokesman for Alicante National Police said: ‘A search of his camper van following his arrest resulted in the seizure of more than a kilo of cannabis buds, a .38 revolver, brand-new children’s toys and several adult sex toys.

‘Once his identity had been confirmed, it was discovered that days earlier he had been arrested on suspicion of drug dealing, corruption of minors and sexual assault.

‘That was related to allegations he would regularly invite two girls aged 15 and 16 to his mobile home and offer them cannabis, cigarettes and money in exchange for sex with them.’ 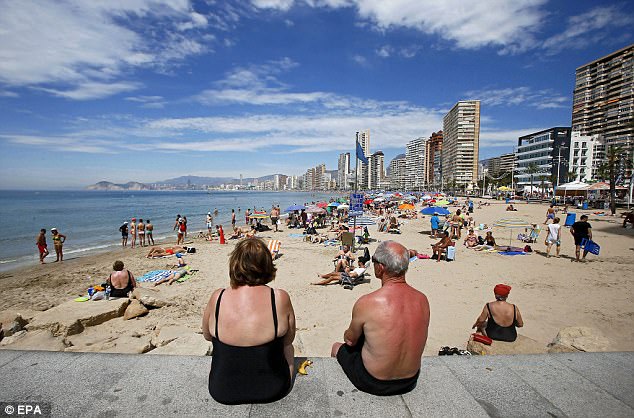 The Costa Blanca is a popular tourism hot spot (holidaymakers pictured soak up the rays in Benidorm, Alicante)

This is not the first time an alleged abduction on Spain’s southeastern coast has been foiled by passersby.

Last September a man suspected of trying to snatch a two-year-old in the Costa Blanca holiday resort of Torrevieja, around 50 minutes drive south of Alicante, was arrested by an off-duty police officer.

Local reports said the Spaniard, described as well-built and around 60, ran off with the girl in his arms before dumping her.

He was intercepted by holidaymakers waiting near a tourism office who were alerted by the youngster’s screaming relatives.

The man was pinned to the ground by the off-duty police officer and handed over to Civil Guard officers for questioning.