When Biscuit was found at the side of the road, she was so thin and poorly she had almost no fur on her body.

The spaniel-cross had been abandoned in a wooden kennel alongside the decomposing bodies of her two sisters.

And she was left in such a poor condition that RSPCA inspector Lisa Lupson was initially unable to determine what breed she was.

But the mother-of-two, who has worked for the charity for 12 years, fell in love with the emaciated dog and took her home after a spell in an animal hospital. 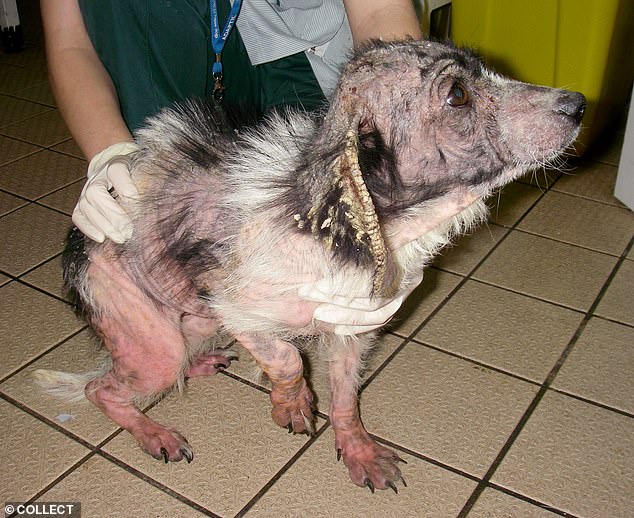 When the spaniel was found at the side of the road, she was so thin and poorly she had almost no fur on her body 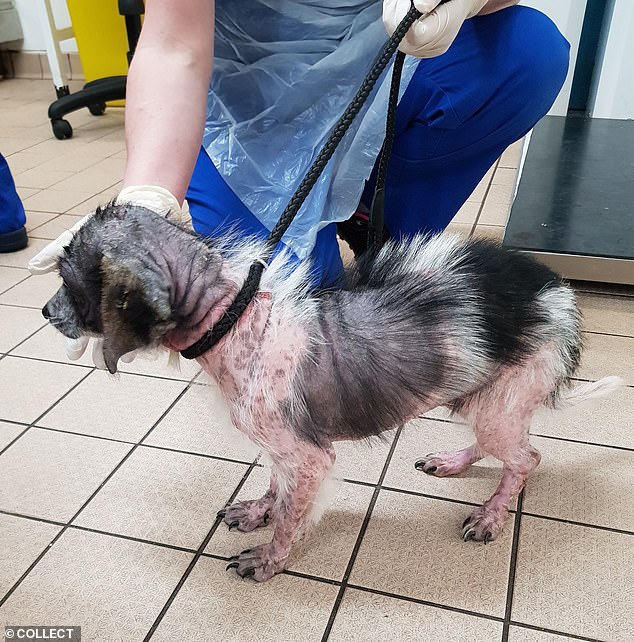 Now, two months on, Biscuit is thriving with the family at Christmas time and virtually unrecognisable from her bedraggled state.

Mrs Lupson, 39, said: ‘No one can believe she is the same dog. We had no idea what breed she was for weeks as her hair loss was so dramatic, but you can see the spaniel in her.

Her personality has gone from being a terrified wreck to an excitable bundle of energy who just loves life. I have no idea if she remembers me as the one who rescued her but it feels like we have a special bond.’

Biscuit was discovered with her dead sisters in the kennel on a quiet lane in Runcorn, Cheshire, on October 9.

Mrs Lupson said: ‘As I approached the kennel, the smell of decomposition hit me immediately. It was terrible.

‘Then as I got closer I could just see the shadow of a terrified dog lying on top of two decomposing bodies.

‘These frightened eyes were peering out at me desperately looking for help and I knew then we had connected.’ She said the dog was very ill and scared, but still wanted to be with her sisters.

When Mrs Lupson finally managed to coax the dog out of the kennel, her predicament was clear to see.

She had very little hair on her body due to severe mange and she was emaciated.

Mrs Lupson took her to the RSPCA’s Greater Manchester Animal Hospital for treatment. She recalled: ‘She was terrified and shaking, so I was stroking her trying to reassure her. 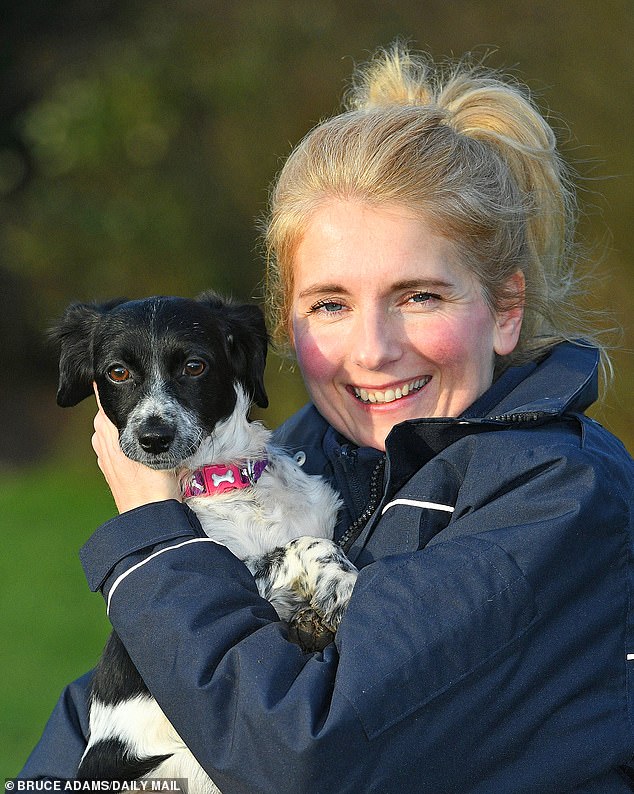 RSPCA inspector Lisa Lupson was able to coax the dog out of the kennel which was located on a quiet lane in Runcorn, Cheshire, on October 9 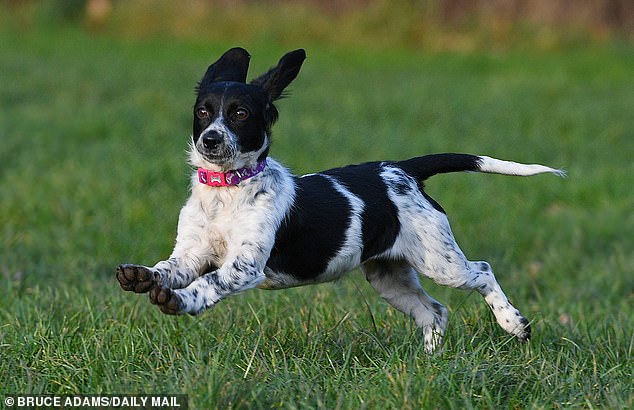 After taking her for treatment at the RSPCA’s Greater Manchester Animal Hospital, the dog is now in better health

‘Then I gave her a biscuit and she gave me a little tail wag. I just fell in love – she really made my heart melt.’

When Biscuit was ready for rehoming, Mrs Lupson leapt at the chance to take her into her family – along with husband Mike, 36, and children Olivia, six, and Thomas, eight.

The person who abandoned Biscuit and her sisters has never been traced.