By Rita Sobot and George Martin For Mailonline

Five million holidaymakers could be set for flight mayhem this Easter amid a planned walkout by airport staff across Spain.

Around 60,000 ground handling staff in all airports across Spain are set to go on strike starting on the Saturday of the Easter weekend for an indefinite period.

But passengers have been warned that if no deal is reached, the strike will go ahead as planned.

The unions confirmed on Monday that all airports across the country would be affected.

According to the unions, they are not happy with clauses in their collective agreements affecting staff contracts when moving from one job to another.

A spokesperson said: ‘The USO air sector, together with UGT, has presented a conciliation request prior to the call for a state strike against Aseata, the employer representing all the companies in the ground assistance sector.

‘The call for strikes, which [includes] some 60,000 handling workers, are called at all Spanish airports, will begin on April 20.’

‘This conflict affects the staff that provide services in companies in the sector, including ground handling services, aircraft and passengers, merchandise and mail, as well as the service of placing and removing gangways, which connect the aircraft with the port terminal.’

The main Easter week will see around five million passengers travelling through the affected airports on 32,500 scheduled flights. 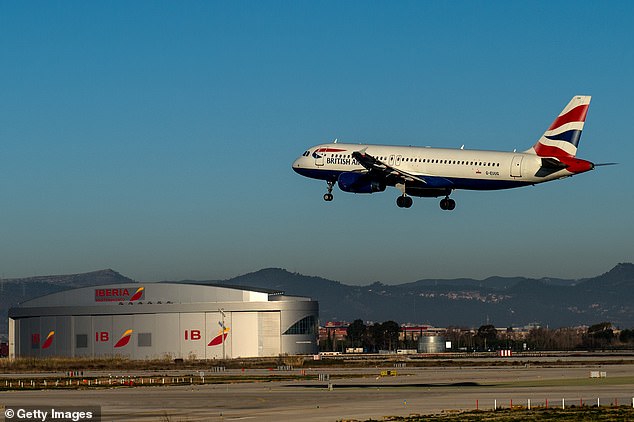