Gloria’s dinner! Spanish locals make the most of giant tuna washed up by Mediterranean storm – by filleting them at the beachside and taking the meat home

By Gerard Couzens For The Mailonline

This is the startling moment giant tunas washed up along the Spanish coast by Storm Gloria are cut up for dinner and taken away in trays.

The scenes, captured in L’Ampolla south of L’Ametlla de Mar, an important tourist centre in the province of Tarragona on Spain’s east coast, shows locals gathering around the large fish washed up on the shore and filleting them at the beachside.

Several people, said by one local newspaper to include a British expat gardener, were seen carrying large knives so they could cut off parts of the fish and take the meat home.

The scenes, captured in L’Ampolla, Spain, shows several people gather around the giant tunas that had been washed up on the shore by Storm Gloria 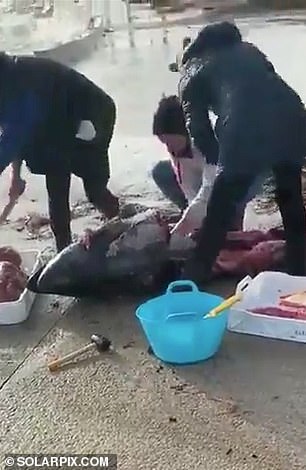 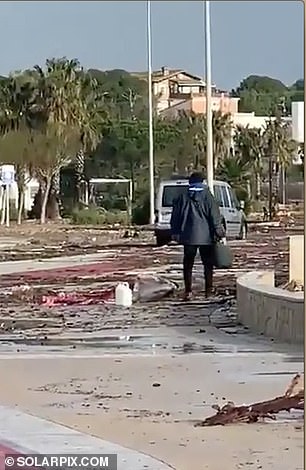 The people, one of whom has been identified as an expat gardener from Sheffield according to Spanish daily El Pais, carried large knives to cut the fish along the coast (left and right)

Spanish daily El Pais identified one of the people who took away the washed-up tuna as an expat gardener from Sheffield named only as Ryan.

The Brit told the paper: ‘This is the best fish there is. I don’t really care where it comes from.’

The tuna are believed to have come from a nearby fish farm badly damaged by Storm Gloria which has battered many parts of Spain since Sunday, leaving at least nine people dead and four people missing. 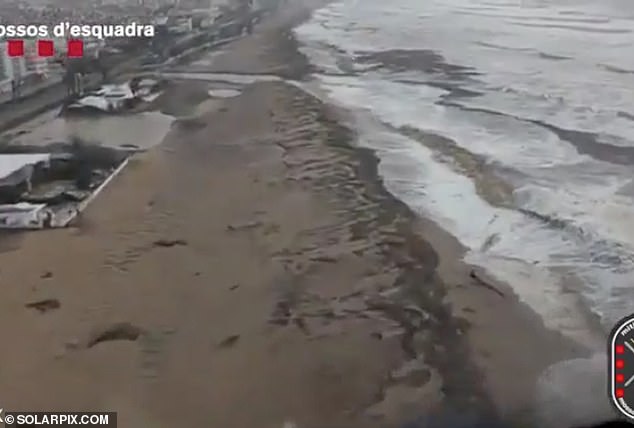 The fish, which are believed to have come from a nearby fish farm badly damaged by Storm Gloria, washed up on the shore in L’Ampolla

The missing four include a 25-year-old Brit who vanished in Ibiza after stopping in the north of the island during a motorbike tour to take pictures near the sea.

He has been named as Ben Garland, from Bradford-on-Avon, Wiltshire.

On Wednesday, the Foreign Office issued an ‘extreme risk’ warning to British tourists travelling to Spain as Storm Gloria continued to batter the mainland.

Warnings were also in place in Teurel, Albacete, Murcia, Girona, Tarragona and Castellon and authorities in The Balearics, Almeria, Granada and Jaen remain on high alert. 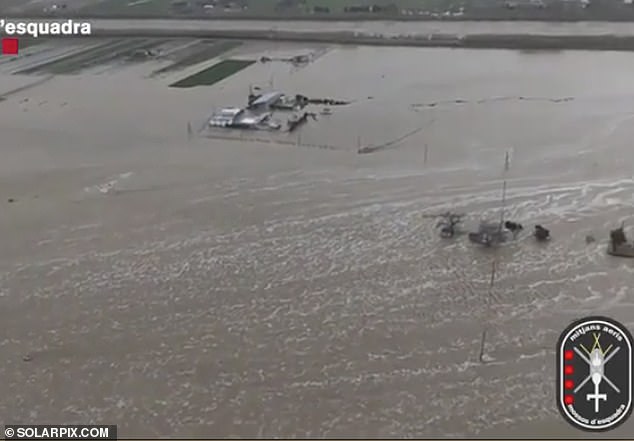