Spain’s sports newspapers waxed lyrical about Wissam Ben Yedder after the Sevilla striker came off the bench to send Manchester United crashing out of Europe.

United were favourites to secure progression to the quarter-finals of this season’s Champions League, but Old Trafford was rocked by two late Ben Yedder goals.

The forward had only come off the bench minutes earlier, and Marca labelled him ‘Big Ben’ after his Tuesday night heroics. 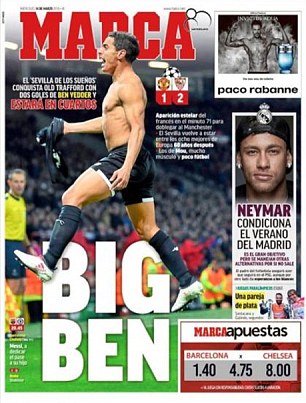 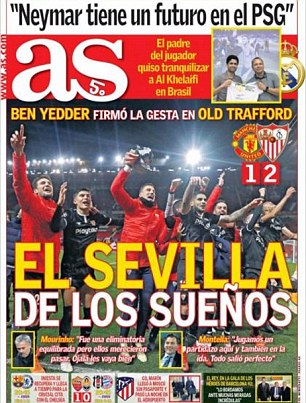 The paper wrote that ‘a stellar performance from the Frenchman’ secured Sevilla’s route to the last eight for the first time in 60 years.

AS, meanwhile, used their headline to poke fun at United’s nickname for Old Trafford – the Theatre of Dreams.

Spinning it on its head, their page lead read ‘Sevilla of dreams’, while they also carried quotes from both managers on Wednesday morning. 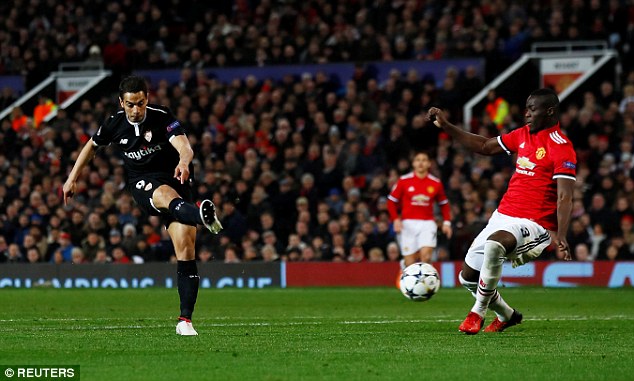 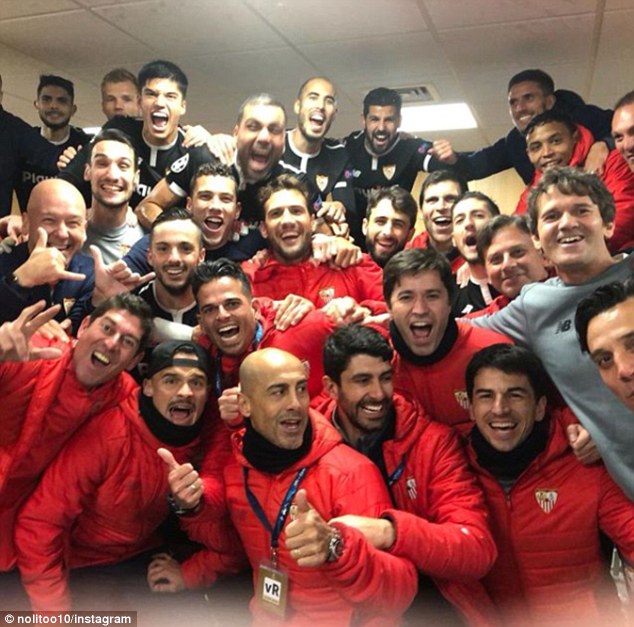 Mourinho said: ‘It was an equal game but they deserved to go through, hopefully they do well,’ while Vincenzo Montella noted: ‘We played a great game here and also in the first leg.’

Although a predominantly Barcelona-based paper, Mundo Deportivo also used a line of their front page to celebrate Sevilla’s success in England.

For the Catalan paper, though, their big moment comes on Wednesday night as Barcelona look to get past Chelsea to book their place in the quarter-finals.