Police in Spain have arrested 155 people and smashed an international Chinese human trafficking gang that smuggled people into Britain and Ireland.

Officers say gang chiefs charged migrants a flat fee of €20,000 (£18,000) each for getting them to their final destination with fake passports.

They were hidden in flats near Barcelona after reaching Europe before being put on flights leaving mostly from the city’s El Prat airport. 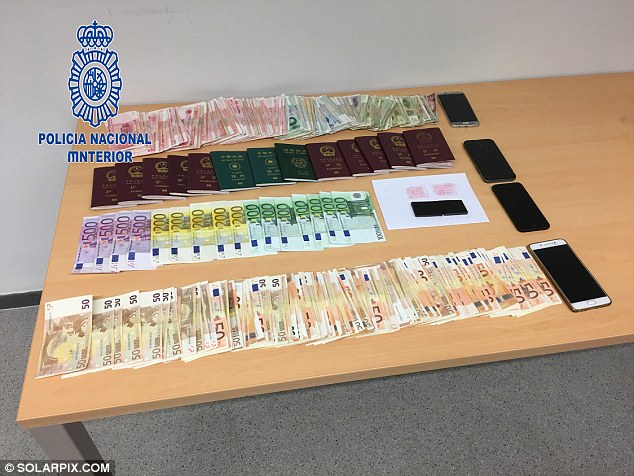 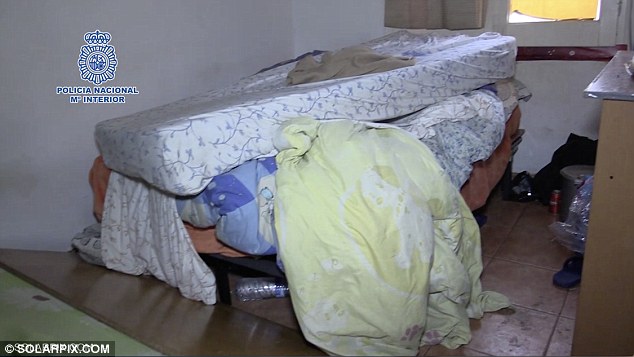 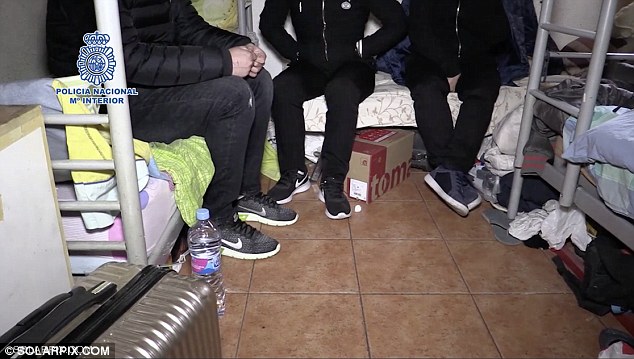 A total of 155 people including four of the leaders have been arrested. Pictured are some of the migrants, who were waiting to go to their final destination when the police arrived 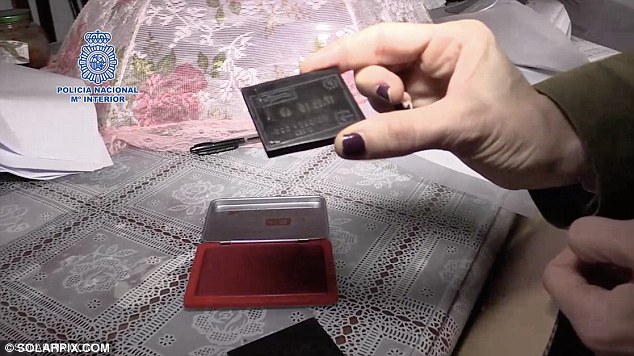 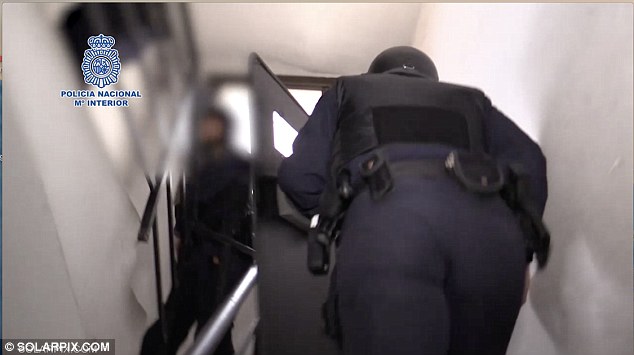 The illegal operation was smashed after five migrants entered a witness protection programme in exchange for giving evidence against gang bosses.

Spanish authorities went public with the arrests today as they published footage of the moment armed officers forced their way into one of the apartments used as part of the human trafficking operation.

It showed police shouting out: ‘Police, police, get up’ as they identified those inside before counting out cash and other incriminating evidence they found inside.

Spanish authorities also revealed migrants had been taught key words in English by teacher-type ‘facilitators’ to maximise their chances of reaching their final destination.

Among the phrases found on ‘flashcards’ at the scene were: ‘Do you speak English?’, ‘Do you have return ticket?’, and ‘How long will you stay in this country?’

A spokesman for Spain’s National Police confirmed: ‘National Police officers have dismantled an international organisation specialising in the smuggling of people from China into the UK and Ireland. 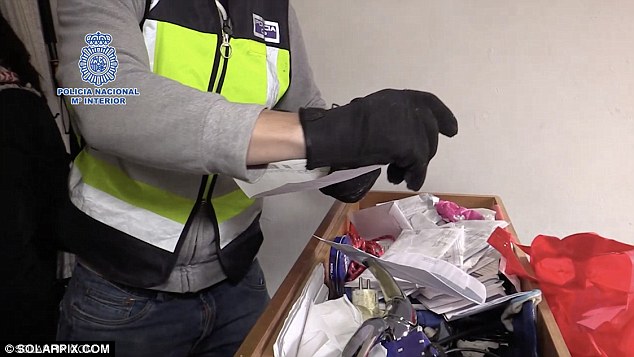 Police officers examining documents discovered during the raid on the flat 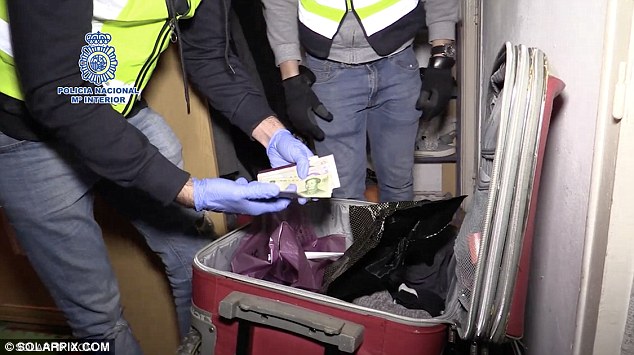 The passports were made in China and sent by courier to Spain. Once they arrived budget airline tickets were bought for the migrants on the day of the flight 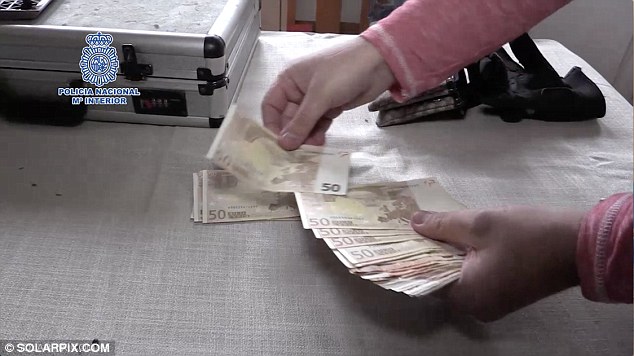 Each victim paid €20,000 to the gang which police say covered the cost of the fake passports and they other help they needed to cross borders

‘Each victim paid €20,000. The operation has resulted in the arrest of 155 mostly Chinese people, including the four alleged leaders of the organisation.

‘The money people covered the cost of all the passports they needed to reach their destination and other help they received from members of the organisation to cross borders.

‘After reaching Schengen territory, the migrants were taken to different municipalities in the province of Barcelona and put up temporarily in safe flats where the travel documents they had used to get to Europe were taken from them while they waited for new documents to arrive.

‘The passports were created in China and sent to Spain using courier firms. Once they arrived, the organisation bought air tickets with budget airlines the same day of the flight.’

Revealing facilitators who guided the migrants handed them key phrases in English which they learned to help them get through customs controls.

The spokesman added in a statement: ‘Officers managed to get five migrants to agree to testify against the organisation as protected witnesses, a development which was of great value given its hermetic nature and the migrants’ fear of possible reprisals.’

Three properties – two in Santa Coloma de Gramanet and one in Badalona near Barcelona where the four arrests of the suspected leaders of the smuggling organisation took place – were raided as part of the operation.

The other 151 arrests took place at Spanish airports, most at El Prat in Barcelona.

It was unclear exactly where the migrants came from, although some of the flashcards indicated they were expecting to be asked about Taiwan, the island nation over which China claims sovereignty. One card coached the migrants on the name of the Taiwanese president, while another asked if they had any Taiwanese money.

Among the other paraphernalia seized by police was a Schengen area entry stamp, designed for use in passports. Officers did not disclose whether the stamp had been stolen or copied. It is understood that the Spanish investigation began almost three years ago after border control officers detected a significant increase in the use of forged documents by Asian citizens.