Police in Benidorm have arrested an Irishman on the run from authorities in the UK.

James Connors, born in Dublin, was described by Spanish police as the leader of a criminal organisation based in Britain which specialised in crimes including robbery and extortion.

The 43-year-old fugitive, who was on a Crimestoppers Most Wanted list, was held after police in Britain discovered he was enjoying a Costa holiday with loved ones.

Britain’s National Crime Agency tipped off the authorities in Spain who arrested him on December 21 after tracking him down to the Costa Blanca resort of Benidorm.

Just over two years ago, three men named as James Patrick Connors, then 22, James Connors, then 40 and John Connors, then 25, were accused of being part of a national organised crime group responsible for a string of high value breaks-ins and distraction burglaries across the country.

Crimestoppers said in a September 2016 appeal it was offering rewards of up to £2,000 for the arrest of each of the wanted thieves. 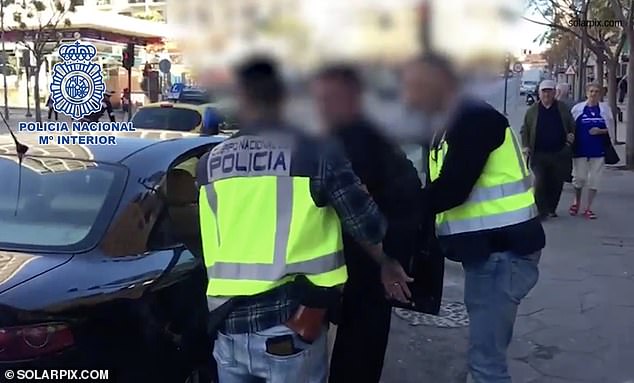 A Crimestoppers spokesman was quoted as saying: ‘This is a group of individuals who travel around the country conning vulnerable and trusted individuals out of money – it’s actually disgusting to think how many people they’ve targeted.’

Officials in the UK were not able to confirm early today that the man arrested in Benidorm was the same individual accused of belonging to the gang at the centre of a September 2016 Crimestoppers appeal.

He will now appear before a judge in court in Madrid for an extradition hearing.