Spanish police have blocked the creation of one of the largest Breaking Bad-style drug labs in Europe after 16 people were arrested – including seven in Britain.

The operation saw nearly 15,000 litres of chemical products seized which officers say would have been used to make £5million worth of amphetamines and ecstasy.

Seven people in Spain and two in France have been held alongside the seven in the UK. The operation involved French police and Britain’s National Crime Agency.

The UK arrests took place after a £4million haul of cannabis smuggled into the Port of Liverpool on a ship that had docked from Spain was seized. 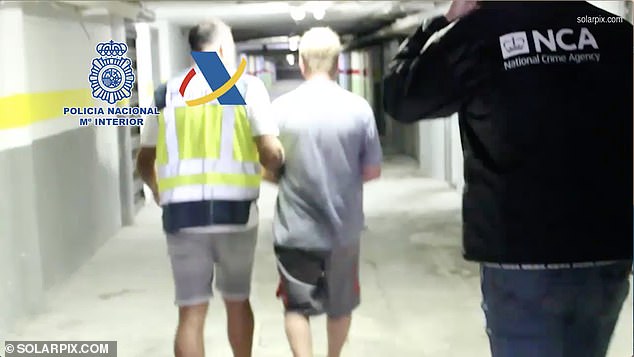 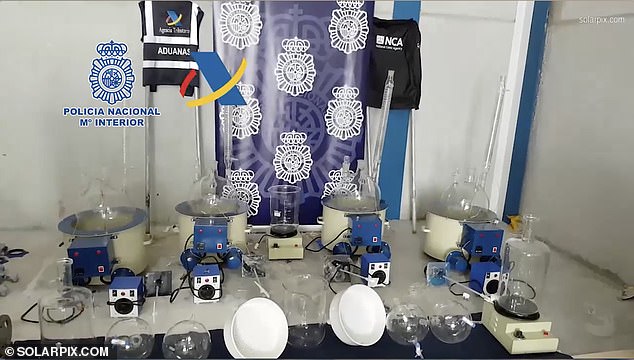 Three of the suspects were under investigation in Spain and were described today by the country’s police as ‘heavyweights’ in the criminal organisation they smashed.

Just under half of the chemical products set to be used to make the synthetic drugs were seized at two warehouses and a garage in Malaga.

The rest – due to be transported to one of the premises – was discovered at Barcelona’s El Prat airport.

The operation that led to the dismantling of the intended drugs lab was sparked in May 2017 when investigators discovered a firm they had under surveillance was selling industrial machinery that could be used to make drugs, to an international gang which was smuggling cannabis resin. 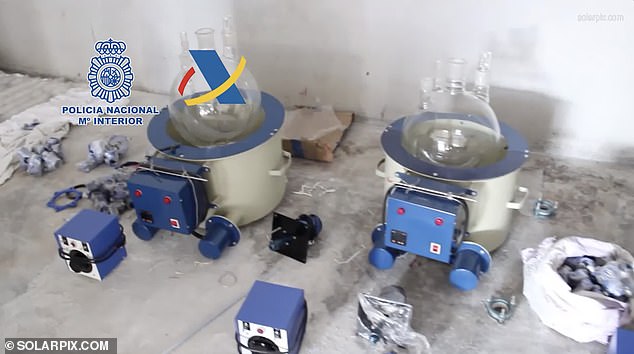 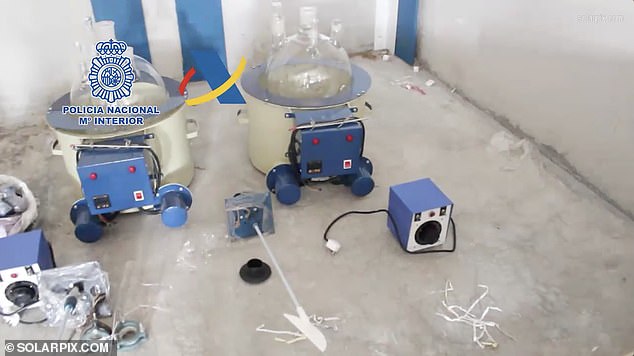 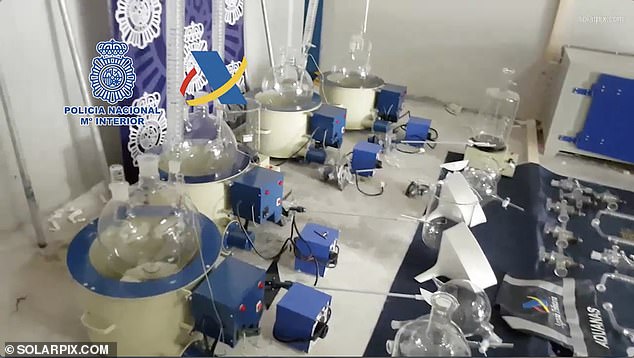 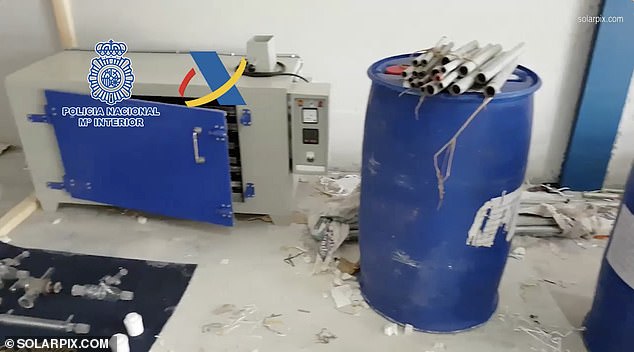 Co-operation with French police led to the seizure of a lorry that was carrying formic acid and formamide, chemical products used to make synthetic drugs.

A spokesman for Spain’s National Police said: ‘The operation, executed in different phases and on an international level, has led to the dismantling of what would have been the largest synthetic drugs lab in our country, with the elaboration of more than 1,000 kilos of amphetamine and ecstasy that would have had a market value of more than €5million (£4.45million). Sixteen people have been arrested in total.’

Breaking Bad is a TV series which tells the story of a struggling chemistry teacher diagnosed with lung cancer who turns to a life of crime by producing and selling crystallised methamphetamine with a former student.